Get Dr. Sproul’s Series on the End Times for a Donation of Any Amount

What did Jesus mean when He said to His disciples that some of them would not taste death until they saw the Son of Man coming in His kingdom? What is meant when the book of Revelation says that the things prophesied therein “must soon take place”? In this series, R.C. Sproul examines the time-texts associated with the Olivet Discourse and the book of Revelation, demonstrating that when properly understood, they are actually strong evidence for the truthfulness of Scripture. 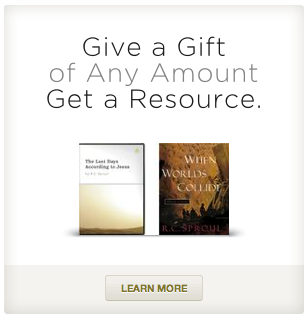 This week you can get this DVD series plus Dr. Sproul’s book on sovereignty and sorrow, When Worlds Collide, for a donation of any amount. Messages include:

Crisis in Eschatology
Understanding the Parousia
A Question of Time
Literal or Figurative?
This Generation
The End of the Age
The Destruction of Jerusalem
The Book of Revelation
The Antichrist
The Beast
The Rapture
The Millennium