Get Dr. Sproul’s Overview of Philosophy for a Donation of Any Amount

To understand the culture in which we live, you need to be familiar with the ideas that have shaped it. In Ligonier’s overview series, The Consequences of Ideas, R.C. Sproul traces the contours of Western philosophy throughout history and shows how our culture evolved to what it is today. From ancient Greek thinkers like Socrates, Plato, and Aristotle to Christian philosophers such as Augustine, Anselm and Aquinas to the shapers of modern thought such as Hume, Kant and Nietzsche, Dr. Sproul demonstrates the consequences of each of these and other important thinkers’ ideas on world events, theology, the fine arts and culture, as well as our everyday lives. 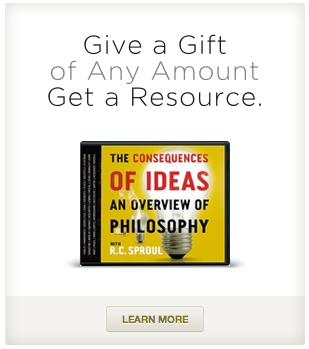 Today you can get this CD series for a donation of any amount. Some of the messages include: