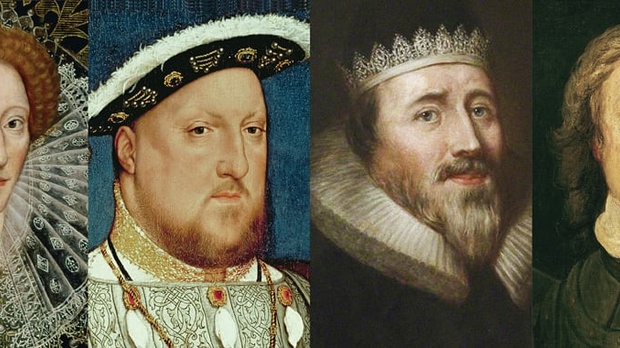 Lecture 4, Elizabeth and the Rise of the Puritans:

“This is the Lord’s doing and it is marvelous in our eyes.” With these words from Psalm 118:23, princess Elizabeth apparently greeted the news that Queen Mary had died (1558). The politically cunning Elizabeth came to the throne with energy and zeal to restore Protestantism. After all, her mother was Anne Boleyn, the one for whom Henry split with Rome to marry. Of course, the Roman Catholic Church never recognized this marriage and considered Elizabeth an illegitimate queen. She had to be a Protestant monarch yet emerged as such not reluctantly but out of personal and deeply held convictions. Her reforms were truly Protestant while simultaneously cautious and measured. Against such a program arose the “always reforming” mindset of Puritanism.