Here We Stand: An Online Event 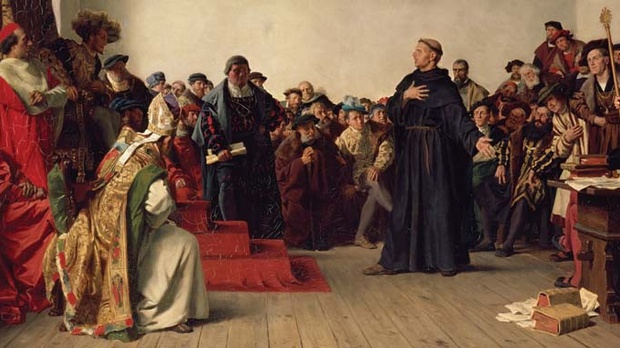 Here We Stand: An Online Event

Five hundred years ago, an Augustinian monk stood before an imperial council and was called to recant his teachings. With his conscience bound by the Word of God, Martin Luther refused to compromise. His stand fanned the flames of reformation as the Western church recovered the precious teachings that were long obscured by extrabiblical rules and traditions.

On April 13, 2021, Ligonier Ministries hosted Here We Stand, a special online streaming event. Celebrating the five-hundredth anniversary of the Diet of Worms, this free event explored the essential truths championed in the Protestant Reformation. Ligonier Teaching Fellows Drs. Sinclair Ferguson, W. Robert Godfrey, Steven Lawson, Stephen Nichols, Burk Parsons, and Derek Thomas considered the ongoing relevance of the five solas of the Reformation for people of all ages, encouraging Christians to stand with conviction on the Word of God today. Additionally, Nathan W. Bingham, Revs. Ken Mbugua and Sugel Michelén, and Dr. Michael Reeves addressed how the gospel is advancing around the world, equipping us to pray for the church in Africa, Asia and the Middle East, Europe, and Latin America.