Vehicles for Giving the Self: An Interview with Michael Card

Tabletalk: Please tell us a little about the sort of ministry you are involved in these days. 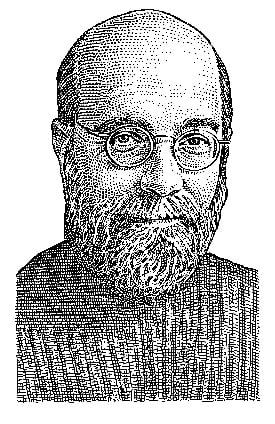 Michael Card: The ministry I am involved with these days is fundamentally the same one that’s been going on for thirty years: trying to facilitate biblical understanding through any means available to me. In the past this has been primarily through music, but increasingly I have more opportunities to simply teach, often in connection to concerts.

TT: What project(s) are you working on currently?

MC: I am currently working on volume 2 of a series on the Gospels called “The Biblical Imagination Series.” The project derives its direction and method from William Lane’s statement: “We must engage with Scripture at the level of the imagination.” In my own small way I am trying to advance and develop that idea by working through the gospels.

TT: What are your reasons for composing, recording, and performing music?

MC: I am involved in creating music because I sense a call on my life to do this. My community, a small bi-racial church, originally confirmed the call while I was attending the University of Western Kentucky. Ever since, brothers and sisters who are close have encouraged me. I suppose I will continue in this ministry until they advise me to do something else. I have always felt the community is vital in determining our specific calls.

TT: If someone asks you what you do for a living, how do you respond?

MC: When someone asks what I do for a living, I generally respond that I write. That pretty well covers the full range of what I do.

TT: Do you listen to music that has been written by professed unbelievers? Why or why not?

MC: I listen to all kinds of music. I don’t know for certain if any of my favorite musicians are “professed” unbelievers, but many of them certainly are not followers of Jesus. If you take the notion of general revelation seriously, that is that everyone possesses the image of God to some degree — and creativity is a part of that image-bearing — then people who do not know Him yet still bear His image can produce art that is meaningful as well. The creative rain falls on the just and the unjust.

MC: I am most thankful today when I see young writers coming on the scene whose songs clearly demonstrate a devotion to Christ and His Word. It is deeply encouraging to me to sense that His faithfulness is seen through all generations.

TT: What word of counsel would you like to offer those involved in the ministry of writing, recording, or performing music and to those who are church musicians?

MC: If I had a word of encouragement for anyone coming into music ministry, I would say invest yourself in community. Writing and performing music can be an isolating experience and we were meant to create in the context of community. This does not mean exclusively a community of creative or musical people. I especially mean a wider community of people who are not like you, people who live at the level of poverty, people who have a different culture, who are a different color.

TT: Although there are many, is there one lesson the Lord has taught you that you would care to share with us?

MC: One of the most important lessons the Lord has taught me is that you are not your gift. That is, you are not defined by what you do or create. Jesus is a wonderful example of this. He would not allow the crowd to define Him by His considerable gifts, even though they tried to do so. Jesus always points away from Himself and His gifts and thereby wins praise for the Father. We are not our gifts. We are called to give more. Like Jesus, we are called to give ourselves. That is the real purpose behind our gifts; they are vehicles for giving the self.

TT: What has the Lord been teaching you recently (and how has that shaped your recent musical endeavors)?

MC: I am currently working my way through the Gospels. I am seeking to develop a feeling for the flow of the ministry as it is portrayed in the various Gospels. In Mark I am seeing for the first time that at one point (around chapter 7) Jesus’ ministry gets somewhat out of control. Maybe this is not a new idea for some people, but I have never understood it this way. And this is new for me. His followers become almost a mob, reaching out for His gifts and not Him. All of His attempts to focus their attention on the gospel seem to fail. The idea of Jesus’ ministry “failing” in one aspect is new for me.

Michael Card, in a career that has spanned 25 years, has recorded more than 23 albums, authored or coauthored more than 19 books, hosted a radio program, and written for a wide range of magazines. He has penned such favorites as “El Shaddai,” “Love Crucified Arose,” and “Emmanuel,” and has sold more than 4 million albums and has written more than 19 #1 hits. His expressed vision is to edify the body of Christ around the world by sharing experiences and resources in the context of community in order to help facilitate the growth of smaller and more intimate communities within his audience’s own churches and neighborhoods.