Understanding the Times: An Interview with Carl Trueman

Tabletalk: Please describe your conversion and your call to ministry. 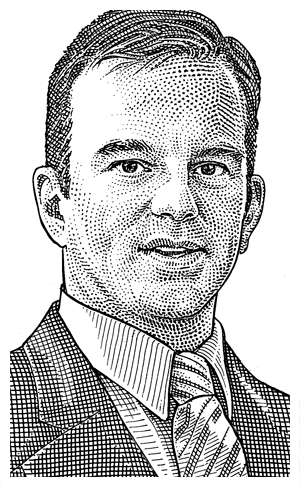 Carl Trueman: I first heard the gospel at a Billy Graham rally in Bristol, U.K., in 1984. I then started going to church and reading the Bible along with Christian literature. It was through J.I. Packer’s God’s Words that I really came to understand God’s grace.

My call to ministry came much later. While teaching at Westminster Theological Seminary, I became convinced of the need to be under church oversight. Thus, I pursued ordination in the OPC. Last winter, the church where I also served as teacher voted to call me as pastor beginning in August 2012. I continue to serve at Westminster but also serve part-time at the church.

I am a firm believer that the call to ministry needs both an internal component (one should desire it) but also an external dimension (one must be judged competent for it). Only the people who have to sit and listen to you can really know if you are meant to be a preacher.

TT: What are your responsibilities as professor of church history at Westminster Theological Seminary?

CT: As professor of church history, I teach master-of-divinity courses on the ancient and Reformation church periods. I also offer electives on various topics relating to Reformation and Presbyterian history and theology. Of course, few come to seminary to learn history; most come to do biblical studies or theology or counseling. With that in mind, I strive to make history more than names and dates. I strive to inculcate an attitude to the past and a way of reading history that provides students with critical skills for understanding their own culture and their place within it.

TT: What is the chief role of the seminary, and how should seminaries relate to the church?

The relationship between church and seminary is important. Obviously, what is taught in the lecture theater will sooner or later find its way into the pulpit. So, seminaries have a responsibility to make sure that what they teach is orthodox. How that is ensured is more complicated. The story of Princeton is one of how the denomination went bad and pulled down the orthodoxy of the seminary. Yet, history is also full of independent seminaries that have gone bad, quite independent of any adverse denominational influence on them. In my time as vice president of academic affairs at Westminster, we moved to a position where all future faculty will have to be ordained as ministers in their first three years of appointment. We are an independent seminary, but that move keeps our professors accountable not only to the seminary’s board but also to the courts of the church.

TT: What are three reasons why every Christian should have a basic understanding of church history?

CT: You need to have some grasp of church history in order to know why the church thinks, speaks, and behaves the way she does.

You need to have some grasp of church history in order to avoid reinventing the wheel—theological and/ or ecclesiastical—every few years.

You need to have some grasp of church history in order to have an appreciation of how God has preserved and sustained the church over the generations.

TT: What are two books on church history that every layperson should read?

CT: This is tough. Only two? Well, I would have to say the first is Roland Bainton’s life of Martin Luther, Here I Stand! It is a little dated but a great read and helpful in understanding what exactly was at stake in the Reformation.

Second, Iain H. Murray’s D. Martyn Lloyd-Jones, volume 1. I have major issues with Murray’s interpretation of the career of MLJ in the 1960s and beyond, but this first volume is a marvelous story of one very influential man’s call to the ministry.

TT: What is the “real scandal of the evangelical mind”?

CT: Lack of historic orthodoxy. The evangelical world seems obsessed with “engaging culture” even as the average Christian’s knowledge of the basics of the faith diminishes. You can go to heaven without being able to offer a Christian appreciation of film, art, or music; one cannot go to heaven without knowing who Jesus Christ is and what He has done.

TT: Why should Christians accurately represent the views of those with whom we disagree theologically, politically, and morally?

CT: That is a simple ninth commandment issue. We should speak truthfully about others.

TT: How can Christians be rightly concerned about how they are viewed by unbelievers without compromising the gospel?

CT: Paul makes it clear in 1 Timothy that elders are to be models of behavior for other Christians and to be of good reputation with those outside. Thus, Christians must of necessity be so concerned. This clearly does not involve conforming to the world’s standards of, say, sexual morality, but it does mean that we will be very careful how we confront the world. Paul is very clear that the church judges the church, not the world. So the kind of hateful histrionics we often witness from Christians aimed at the world around us are not good examples of how to engage. Of course, some of this is the result of media hype and spin, but not all of it. Christians are not to mimic the world—no more in style of engagement than in sexual ethics.

TT: How would you respond to those who criticize you for using humor in serious theological and cultural discussions?

CT: Humor can be very serious as a pedagogical tool. It is not necessarily flippant or trivial. The Bible is full of humor. Church history is full of those who used humor for good. (Athanasius, Martin Luther, John Owen, Charles Spurgeon, and G.K. Chesterton spring to mind as just five of the more obvious examples.) Humor is often predicated on mental switches, on leading the mind one way and then suddenly springing a trap or doing something unexpected. In other words, it can make people think. (Parables function in a similar fashion.) As a professional teacher, I do not see my job as what many would call an information dump that simply f ills people’s minds with facts and ideas. I want to provoke people to think for themselves. Humor is my favorite means for so doing.

Humor, when used properly, also prevents pomposity. I try to make myself and my own sillinesses a regular target. It is also a well-attested survival mechanism. And anyone involved in church or theological education needs survival mechanisms in order to avoid despair or cynicism.

Of course, humor is very subjective, both personally and culturally. What is hilarious to one person might be deeply offensive to another. The writer needs to bear that in mind, but so does the reader. My own tastes tend to be on the absurdist/ satirical end of things. If people are offended by what I write, then, once they have realized that is the case, it might be best if they simply avoided reading me.

TT: What do you mean when you say that evangelicals need good, solid reasons for not being Roman Catholic?

CT: Rome has chronological priority over any Protestant denomination. Thus, Protestantism was and is a movement of protest. We are by definition protesting against something: the claims of the papacy, the burying of the gospel under garbage, the denial of assurance to ordinary Christian believers. We must never forget these things. We should respect our Roman Catholic friends; we should rejoice in the great doctrine we hold in common; but we must not minimize that which divides us from each other.

Carl Trueman is professor of historical theology and Paul Woolley chair of church history at Westminster Theological Seminary in Philadelphia, Pennsylvania. He is a frequent contributor to the online magazine reformation21 and author of numerous books, including The Real Scandal of the Evangelical Mind, Histories and Fallacies: Problems Faced in the Writing of History, Fools Rush in Where Monkeys Fear to Tread: Taking Aim at Everyone, and The Creedal Imperative.