Tabletalk: What is the mission of truthXchange, and how did it begin? 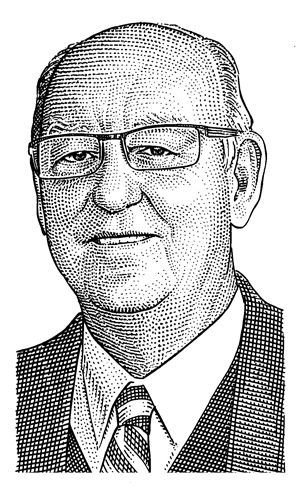 Peter Jones: On February 9, 2014, I watched the Grammys’ tribute to an event that occurred fifty years ago, when the Beatles appeared on The Ed Sullivan Show. It was nostalgic for me because it showed John Lennon at Quarry Bank High School in Liverpool, England, where we were close friends for five years. That same year, I came to the States for the first time. I thought I had died and gone to heaven. The culture was so religiously “Christian,” and, as a bonus, I met a young R.C. Sproul.

I did not realize then that this moment really was the beginning of truthXchange. Having studied in the States, I left in 1974 to teach New Testament in a Reformed seminary in godless, secular France. I returned in 1991 to culture shock. America was just as religious, but it had changed religions. The nation famous for its Christian missionaries was adopting the paganism it had once so successfully evangelized. Like a spy coming in from the cold, I could see the change clearly. In my travels, I meet Christians who decry the cultural decline as “awful,” but how do you oppose “awful”?

TruthXchange seeks to provide adequate categories—for Christians and non- Christians alike—that make sense of the recent pagan transformation of the West. We seek to show the superiority of twoism, and to train leaders who understand these basic worldview issues of oneism and twoism to reach a world in crisis and a church in confusion. Especially, they must train the next Christian generation to think clearly and live virtuously in a culture more and more antagonistic to the Christian faith.

TT: How would you compare the religious landscape of the United States with that of post-Christian Europe?

TT: Why is paganism so compelling to people in this postmodern era?

PJ: For many intellectuals, the sophisticated, rational critique of Christianity’s faith-based belief in a transcendent God and in supernatural events chased “superstitious” biblical faith from the academy. However, such self-confidence in human reason was undermined by postmodernism, which clearly showed that it is logically impossible, using human reason, to show that human reason is reasonable. The argument is clearly circular, revealing a secular faith that is as religious as any other.

In addition, secular humanism’s belief in human reason as savior has failed miserably, since two world wars and Marxist atheist regimes resulted, not in the saving, but in the slaughtering of millions of human beings.

Such failure has caused many to seek answers elsewhere, precisely in the area of once-rejected spirituality. The reduction of reality to the merely physical, biological, or rational leaves many abandoned to a cold and unfriendly universe. Many now seek a sense of wholeness, of belonging.

Some scholars speak of the post-secular age, when intellectuals can safely embrace forms of pantheistic spirituality, while rejecting the extremes of atheism and theism (biblical faith). This heralds a new day for paganism. It is now cool to be spiritually whole.

TT: Are there any pagan assumptions that Christians today might unconsciously share with the culture? What are they?

PJ: The power of culture is now used to intimidate rather than encourage biblical faith. We live in a post-Constantinian world with little protection from the state. Christians are accused of hate speech against homosexuals, of making war on women for opposing abortion, and of self-righteous intolerance for claiming the unique truth of the gospel. Under this barrage of unfair criticism, Christians can give up and “conform to the world,” as Paul says in Romans 12:2. Christians feel great pressure to modify the message, go easy on sin, opt for programs the culture approves of (such as social justice), and to see mysticism as the high point of faith, since it unifies all religions. In all of these areas, the church often fails to preach the gospel, which is not about human actions or reactions but about what God has done for sinners at a particular point in time in the person of Jesus the eternal Son.

TT: Can you give some advice to parents for helping their children identify the culture’s pagan worldview, and how they might assist their children in resisting its influence?

PJ: There is no magic solution for protecting our offspring, but parents are exhorted in Scripture to faithfully teach their children the way of life. Children do not like moralism (“Christians are better than pagans”), shaming (“You’ve let down the family”), an appeal to tradition (“We’ve always done it this way”) or a nostalgic appeal to a past golden age (the lost glories of the parents’ generation). They are sensitive to true descriptions of the timeless nature of reality.

TT: You say there are only two “spritualities”—oneism and twoism. What are a few of the defining characteristics of each?

PJ: Speaking of the “timeless nature of reality”—the categories oneism and twoism are, according to Paul, the only two options for thinking about the world. Romans 1:25 declares that you either worship creation or you worship the Creator. Worship of the creation is oneism—everything is ultimately and divinely the same. Twoism is a way of describing the eternal difference between the Creator and the creation, as well as the distinctions God places within the creation that reflect the ultimate Creator/creature distinction.

TT: What can we learn from how God’s people have dealt with pagan spirituality throughout church history that can help us today?

PJ: When oneism was a powerful form of belief (in the Greco-Roman empire at the time of the early church and later with the heresy of Gnosticism), the church fathers responded with a serious analysis of the nature of pagan oneist thought. We must do the same today. We must be clear in showing that in this seductive world of unity and synthesis, where everyone should get along, antithesis and dichotomy describe the reality in a created and then fallen world.

TT: What are some examples of oneism in our culture?

Oneism is everywhere. Multiculturalism allows no value judgments about culture. Interfaith sees no distinction between religions. Alternative sexualities reject the male/female distinction and seek to eliminate the idea of gender distinctions altogether. Hollywood makes no judgments. Says Kristen Stewart of Twilight Saga fame, “I stand by every mistake I’ve ever made [including an affair with a married man and father of two], so judge away.” Guilt is a psychological illness from which we must be healed. Liberal theology, appearing in certain evangelical movements, undermines the Creator/creature distinction, while the great stress on mysticism, in the same circles, does the same thing. Acts of mercy are confused with social justice.

TT: What do you mean when you say that your goal is to “turn spirituality inside out”?

PJ: Instead of going within, we must go without, beyond ourselves to the God who made us. Of course, I don’t mean that there is no interior aspect to the Christian faith. It is only the Christian faith that allows us true, intimate communion with the God who is other than we are and transcendent over all things.

TT: What are the most important ideas regarding postmodern spirituality and the proper Christian response that you always try to convey to your students?

PJ: The absolute necessity is to maintain the vast distinction between God the Creator and us His creatures, who are forever dependent upon Him. The twoist Christian faith is the only faith to offer what everyone is actually seeking. Not just the Creator/creature distinction, but the communion we have with a tender, loving God through the salvation He’s provided in Christ, who brought the possibility of being one with God through Him (John 17:11).

Dr. Peter Jones is scholar in residence at Westminster Seminary California and associate pastor at New Life Presbyterian Church in Escondido, Calif. He is director of truthXchange, a communications center aimed at equipping the Christian community to recognize and effectively respond to the rise of paganism. Dr. Jones is author of several books, including One or Two: Seeing a World of Difference and Stolen Identity: The Conspiracy to Reinvent Jesus.