The Bible, the Whole Bible, and Nothing but the Bible: An Interview with Eric J. Alexander

Tabletalk: Describe how God first called you to ministry. 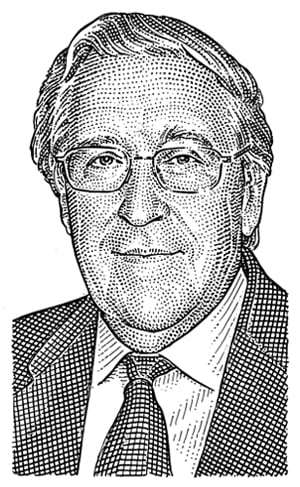 Eric Alexander: From as early as I can remember, if anyone had asked me what I wanted to be when I grew up, I would not have hesitated to answer, “I want to be a doctor.” I think that might have had something to do with a story my mother often told us of how her life was saved when she was just twenty-one, when a young and inexperienced doctor performed an emergency operation to remove her appendix. His name was Eric Anderson, and I was named “Eric” after him. So I went to a school that was well known for the number of medical doctors it produced. But soon after I came to faith in Jesus Christ, I was preparing for university when my brother asked me, “Have you asked God what he wants you to be?” Frankly, I had never thought that He would be interested. However, I started to pray seriously about this, and I know my brother (who had led me to Christ) was praying too. Before long, I found I was being drawn (it is the only word I can use) to the idea that God wanted me to be a preacher of the gospel. When I spoke with my minister, he told me that he had become increasingly persuaded of this too. Doors opened in remarkable ways. My desire for medical training receded, and I began to study for the ministry at Glasgow University.

TT: What are a few reasons why preaching the word of God is relevant today?

EA: The primary reason lies in the nature of Holy Scripture, which is the Word of God: it is God speaking to us about every facet of our lives. This is the primary way God communicates His truth to us. Paul tells us in 2 Timothy 3:16 that Scripture is literally “breathed out by God.” If that is so (and it is), then our primary concern will be to find out what God is saying to us, and the church’s primary responsibility will be to teach and preach the Bible.

The second reason lies in the nature of humanity. Men and women have not changed with the changing centuries. The world around us has changed dramatically, but we are essentially the same people. That is why we recognize ourselves in the pages and characters of the Bible: we are like Jacob, Esau, David, Peter, Mary, Timothy, and so on. We find that the eternal Word of God goes to the heart of the human situation as nothing else does. That is why, when we are preaching the Bible, people will say, “He was speaking about me.”

TT: What are a few things Christians can do to prepare themselves for the preaching of the Word on the Lord’s Day?

EA: It is perhaps unwise to overgeneralize, but for most people, the preparation of a good night’s sleep is impor tant. How you spend Saturday evening may well be a strong influence on how you benefit from Sunday morning. Pray much for the preacher, and for yourself and those who worship with you. If you know the text or passage for Sunday’s ministry, study it well and pray over it in the days before. Guard your conversation both before and after the services.

TT: What counsel would you give to the aspiring pastor?

EA: Covet a humble spirit. Only God can produce genuine humility, and almost nothing is more important. Write out in large letters and place it where it will always confront you: “God resists the proud, but gives grace to the humble.” John Stott has written, “Nothing is more hostile to spiritual growth than arrogance, and nothing is more conducive to spiritual growth than humility.” Devote your mornings to studying the Scripture and prayer. Your “office” should be for your secretary (if you have one). Your study should be recognized as your workplace, where you are not to be disturbed unless it is essential. Jesus was not “always available.” Decide at an early stage that by God’s grace you will preach the Bible, the whole Bible, and nothing but the Bible.

EA: I would have to say that I cannot think of a time when I seriously doubted whether God had called me to be a preacher and a pastor. This may be due to several factors:

1. The manner in which the call came and the fact that I eventually found I could do nothing else.

2. I was deeply impressed by the fact that the call came from God, and He had said in Romans 11:29 that “the gifts and the calling of God are irrevocable.” So God never withdraws His call, and that is the vital truth.

3. My conviction from studying Scripture that life in Christ and service for Christ are both a continuing warfare (Paul says, “we wrestle”), and the obvious place Satan would seek to unsettle us would be in the whole area of whether we are in the wrong place or the wrong job. The only ideal place in which to serve God is the place where He has currently set you down.

TT: Please share with us a time when you were discouraged in your life, and how did God provide encouragement in the midst of it ?

EA: My greatest discouragement is with myself and with how unprofitable a servant I have been. But the undeserved encouragements I have known have swamped my discouragements in the ministry so that I have to think hard to find them. Of course, there have been some. Many years ago, a situation arose in the church in which I was then serving that was a heartbreak of an immeasurable kind. That was a circumstance that could have seriously disabled me. A senior colleague in the ministry helped me through those days with wise counsel, and people from all sorts of places prayed earnestly for me. Jeremiah 32:17 was a source of great encouragement to me, especially the phrase, “nothing is too hard for you” in Jeremiah’s prayer. That has often been God’s word to me over the years.

TT: How did you manage to preach through the New Testament twice during your ministry?

EA: The key to explain this is twofold. First, I preached twice every Sunday and once on Wednesday evenings. On average, that would be so for forty-five weeks in the year and for forty years. That gave me a total of some 5,400 preaching occasions. Second, I was not preaching through every verse of the New Testament separately. Sometimes I would take a substantial passage, sometimes just a few verses or even one verse, but always in context. I must add that in these years I also covered the great majority of the Old Testament, preached special series at Christmas and Easter, and also a series of “subjects.” It is not a great feat to do this.

TT: What three chief lessons have you learned in ministry that you did not learn in seminary?

EA: The man I am is more important to God than the work I do. The secret of failure is often failure in secret. Resist professionalism in the ministry: be yourself.

Eric J. Alexander was born and educated in Glasgow, where he earned undergraduate and graduate degrees in history, philosophy, and theology at the University of Glasgow. He ministered for fifteen years in a rural parish in Ayrshire, Scotland, after which he spent twenty years at historic St. George’s-Tron Church in the city center of Glasgow, retiring at the end of 1997. Since his retirement, he has traveled around the world preaching and teaching at churches, conferences, and theological seminaries. Many of his sermons can be heard here. He lives in St. Andrews, Scotland, with his wife, with whom he has a son and a daughter.