Scripture and Science in Conflict?: An Interview with Stephen C. Meyer

Tabletalk: What is your book Signature in the Cell all about? 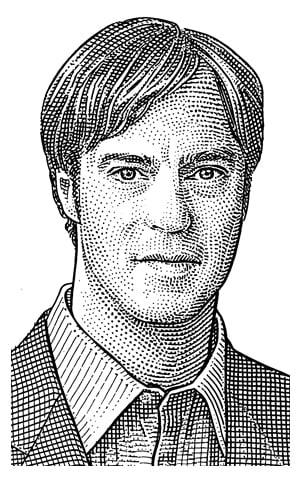 TT: Your book used discoveries about DNA to argue for intelligent design. Other scientists use the evidence of DNA to argue for common ancestry and naturalistic evolution. How can non-specialists evaluate these complicated arguments?

SM: First, the arguments are not actually that complicated. Most people can follow them if they acquaint themselves with a bit of basic biology. Second, it’s important to keep some basic distinctions in mind.

Those arguing for universal common ancestry and biological evolution are not addressing that question. Instead, they are typically comparing pre-existing genes (sections of the genetic text, that is, information) in different organisms. They assume that the degree of difference in the sequences of similar genes from different organisms indicates how long ago they diverged from a common ancestor. Whether readers judge the evidence that scientists muster in support of universal common ancestry to be compelling or not, they should recognize that scientists making these arguments are addressing a different question than I address in my book. My argument could be right and there could also be evidence for universal common ancestry, though I am personally skeptical of that thesis (see below).

In any case, a good book that evaluates the arguments for and against universal common ancestry is the supplementary textbook Explore Evolution: The Arguments For and Against neo-Darwinism. It will help readers who want to examine responsibly the evidence on both sides of that question.

TT: Is the idea of an original human couple (Adam and Eve) in conflict with science? Does DNA tell us anything about the existence of Adam and Eve?

SM: Readers have probably heard that the 98 percent similarity of human DNA to chimp DNA establishes that humans and chimps had a common ancestor. Recent studies show that number dropping significantly. More important, it turns out that previous measures of human and chimp genetic similarity were based upon an analysis of only 2 to 3 percent of the genome, the small portion that codes for proteins. This limited comparison was justified based upon the assumption that the rest of the genome was non-functional “junk.” Since the publication of the results of something called the “Encode Project,” however, it has become clear that the noncoding regions of the genome perform many important functions and that, overall, the non-coding regions of the genome function much like an operating system in a computer by regulating the timing and expression of the information stored in the “data files” or coding regions of the genome. Significantly, it has become increasingly clear that the non-coding regions, the crucial operating systems in effect, of the chimp and human genomes are species specific. That is, they are strikingly different in the two species. Yet, if alleged genetic similarity suggests common ancestry, then, by the same logic, this new evidence of significant genetic disparity suggests independent separate origins. For this reason, I see nothing from a genetic point of view that challenges the idea that humans originated independently from primates, possibly even from a single breeding pair.

TT: Recently, a number of professing Christians have claimed that the evidence for evolution has reached the point where to deny it is actually damaging to the cause of Christ. How do you respond to those who say that we now know evolution is simply the means by which God created life?

SM: I find this claim extremely ironic in light of the growing skepticism about the adequacy of neo-Darwinism among leading secular biologists and even among evolutionary biologists. There is currently a group of leading evolutionary biologists called the Altenburg 16 who are calling for a new theory of evolution because they recognize that the neo-Darwinian mechanism of mutation and natural selection does not have the power that has long been attributed to it. If such experts can openly question the standard theory of evolution, I fail to see how it brings disrepute on anyone else, Christian or otherwise, to raise thoughtful scientific questions about the adequacy of the theory.

I also think it is important for people evaluating claims about evolution to keep in mind the different meanings of the term that are in play. Evolution can have several different meanings. It can mean change over time, or it can mean that all organisms share a common ancestor such that the history of life looks like the great branching tree that Darwin used to depict the history of life. Or it can mean that a purely undirected process — namely, natural selection acting on random mutations — has produced all the change that has occurred over time. This last meaning of evolution is central to classical and modern Darwinian theory. And it is the meaning of evolution that the theory of intelligent design is challenging. We do not think that there is evidence that a purely undirected mechanism has produced every appearance of design in nature or in biology. Neither do I see, as a matter of logic, how even God could have used a purely undirected process to create life. Not even God can direct an undirected process because as soon as He does, it is no longer undirected. If God is directing the process of evolution, it is no longer Darwinian; instead, at that point it becomes a mode or form of intelligent design.

TT: Some scientists argue that intelligent design is not real science because it “gives up” looking for the observable explanation too soon. How do you respond to such charges?

SM: Neo-Darwinism does not posit an observable explanation for the origin of new forms of life from simpler pre-existing forms. It posits unobservable past entities and events — transitional intermediate forms of life and unobservable past mutational events. But positing unobservable entities or events is nothing unusual in science. Scientists often posit unobservable entities to explain observable phenomena. For this reason, I have argued that positing the unobservable activity of a designing intelligence violates no sound canon of scientific reasoning. What matters is not whether the explanatory entity can be observed, but how well it explains the evidence. In any case, I am happy to have scientists continue to try to find materialistic explanations for the origin of life and the origin of biological information. Their attempts to date have only strengthened my case for intelligent design because all attempts to simulate the origin of digital or genetic information have invariably involved the use of intelligence, typically the intelligence of a scientist or computer programmer.

TT: The age of the earth remains a highly contentious point of disagreement among Christians. How should believers deal with this subject?

SM: The case for intelligent design that I make does not depend upon a particular view of the age of the earth. Neither is the age of the earth a primary concern of the intelligent design research community. My own view is that the earth is very old, but I have some colleagues who take the opposite view. We tend not to make it an issue in our scientific work on design. This seems like a good policy generally.

TT: Many Christians believe science is in conflict with Scripture and with faith. Should Christians have this fear of science?

SM: Definitely not. I think many discoveries of modern science have positive, faith-affirming implications, including the discovery that the universe, time, and space had a beginning; that the laws and constants of physics are finely tuned to allow for the possibility of life; and that biological systems display striking evidence of design, in particular, the molecular machinery and digital information we find in living cells. It’s a great time for Christians to work in science.

Stephen C. Meyer is director of the Discovery Institute’s Center for Science and Culture (CSC) and a founder of both the intelligent design movement and of the CSC, intelligent design’s primary intellectual and scientific headquarters. Dr. Meyer is a Cambridge University trained philosopher of science and the author of peer-reviewed books and journal articles in science, philosophy, and other technical matters. His significant contribution to ID theory is given most fully in Signature in the Cell: DNA and the Evidence for Intelligent Design. Meyer’s many other publications include a contribution to, and the editing of, the peer-reviewed volume Darwinism, Design and Public Education and the innovative textbook Explore Evolution.