Religion and Politics: An Interview with Russell Moore

Tabletalk: How did you come to pursue a career as a systematic theologian and Christian ethicist? 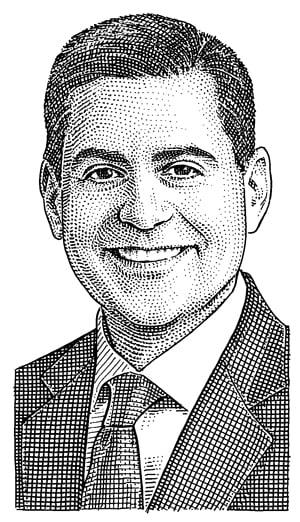 Russell Moore: I felt a call to ministry early on and preached my first sermon at my home church in Biloxi, Miss., when I was twelve. I then drifted from that calling toward a career in politics. When I was working on Capitol Hill as a very young man, I picked up in the Library of Congress a copy of a Free Will Baptist manual on weddings, funerals, and so forth. After I returned home I wondered, “Why did I want this?” The Lord used that to rekindle my sense of His call to ministry. I never imagined how God would merge these callings together.

TT: What is the mission of the Southern Baptist Ethics and Religious Liberty Commission, and how does it carry out its work?

RM: We are an agency of the Southern Baptist Convention, the nation’s largest Protestant denomination. We have two basic functions. We equip churches to think through moral and ethical concerns in light of the gospel. And we speak for our churches, articulating a gospel vision of the common good to government, media, and culture. In everything, we seek to connect the agenda of the kingdom of God to the cultures of local congregations for the sake of the gospel in the world.

RM: One challenge is the temptation to expect too much of government. Our vote for president of the United States is critically important, but our vote to receive members into our local churches is more important. The United States is important, but one day the Lincoln Memorial and the Washington Monument will stand in ruins; every other great power has fallen. Those who are in Christ, however, are the future rulers of the cosmos. The other temptation is to be embarrassed by Jesus. It’s easy to talk about “values, faith, and principles,” but many who do so cringe to hear themselves say things such as “the Bible says” or “the blood of Jesus.” People on Capitol Hill work hard. There are many believers there, and there are some tremendously good churches evangelizing and discipling Christians there.

RM: Emphatically, yes, we should advocate religious liberty for all. Religious liberty for everyone is a corollary of the gospel of Jesus Christ. No bureaucrat can stand on anyone’s behalf before the judgment seat of Christ, and the government cannot issue regeneration the way it issues driver’s licenses. To give the government oversight over religious beliefs and practice, even over those with whom we disagree, is to confer spiritual lordship on the state, a lordship Jesus never delegated to it. Only a losing religion needs the government to support or enforce it. The gospel is big enough to fight for itself.

TT: The gospel sounds increasingly strange to Americans as our culture becomes more hostile to Christianity. What are two ways that Christians can be effective witnesses in a society increasingly hostile to the Christian faith?

RM: We should embrace the strangeness. Every time Jesus or His Apostles articulated the gospel, the response was the same: people assumed they were insane. In fact, when people didn’t see how crazy the gospel sounded, Jesus would often clarify until they did. When people see Christianity as strange, they are starting to actually hear it. What’s passing away before us, with the slow-motion collapse of the Bible Belt, is nominal, cultural Christianity, or “normal” American religion. J. Gresham Machen identified this as liberalism, no matter its politics. Good riddance. We now have the opportunity for people to see Christianity for what it really is, not a message on how to be a good American but a freakishly strange message of a virgin birth, bloody cross, and empty tomb. That freakishness saves.

At the same time, we must engage the outside world with convictional kindness. This is more than civility—it is active kindness toward those who disagree with us. Paul wrote that we should correct our opponents with gentleness that God might grant them repentance leading to knowledge of the truth (2 Tim. 2:25). Such kindness isn’t weakness or passivity. It is, in fact, spiritual warfare. People don’t change when they are vaporized by superior arguments. They change when they are confronted with a person, Jesus of Nazareth. Our end goal is not proving ourselves right; our end goal is to see people reconciled to God and to one another through the gospel (2 Cor. 5).

TT: What are some ways that the church can appropriately defend a biblical view of marriage as our culture increasingly approves of “same-sex marriage”?

RM: The first thing is to learn how to articulate why marriage matters. The outside world assumes that marriage is simply a romantic partnership. For too long, the church has assumed the same thing. Marriage is much more than that. Marriage is an icon of the Christ-church union, an unveiling of the mystery of the universe itself. The church should take it far more seriously than we do. That means disciplining those who unbiblically divorce, repenting of the times our churches have joined together those biblically forbidden to be married (for instance, believers to unbelievers), and spending time in our preaching and teaching showing why marriage is a gospel issue and also a matter of human flourishing.

This will require a church that neither capitulates nor panics. Some will suggest that we could reach the next generation if only we would jettison our sexual ethic, which the next generation cannot accept. They have always told us that. In the nineteenth and twentieth centuries, they told us the “next generation” couldn’t accept miracles. The churches that followed that line died because you can’t build Christian churches with a sub-Christian message. Will the culture find our sexual ethic strange? Yes, and not only on same-sex marriage, but on fornication, cohabitation, divorce, and pornography as well. We need to be ready to say, “Yes, and we believe even stranger things than that.”

Moreover, we should recognize that there will probably be same-sex marriage in all fifty states, probably within just a few years. That’s where the culture and the courts are moving. Even so, that’s not the end of the story. Marriage is resilient; God designed it that way. The sexual revolution cannot keep the promises it makes. We need to be waiting on the other side for a generation of those who, like the woman at the well, are thirsting for living water.

RM: All of us are sinners, but none of us are freaks. Jesus was never shocked or disgusted by those He encountered, and neither should we be. There are some people who feel alienated from their identities as men or as women. Of course, that would be the case in a fallen universe in which all of us are alienated in some way from how God created us. Christian congregations must teach the truth that our maleness and femaleness point us to an even deeper reality, to the unity and complementarity of Christ and the church. But we must also be loving and patient toward those who disagree with us, affirming that God loves all people, while calling all people to repentance and offering the reconciliation of the gospel to all who are living apart from God’s design. And we must be patient with those who have embraced Christ out of such a background. All of us have points of vulnerability; that’s why we need the whole body of Christ (Gal. 6:1-2).

TT: How does adoption fit into the church’s mission to work toward eliminating abortion on demand in our culture?

RM: We should recognize that the abortion culture is not a historical accident. From Eden onward, children have always been targeted for destruction. Both Moses and Jesus emerged in a context of a government-sponsored Planned Parenthood campaign from Pharaoh and Herod. The church is called to recognize the dignity of all people based not on their perceived usefulness but on the basis of the image of God. We care then for widows and orphans in their distress (James 1:27). That means advocating for the lives of those imperiled by abortion, by helping to keep families together, by ministering to vulnerable mothers who need economic help or emotional support, and by seeking to provide families for children who need them.

TT: What advice do you have for a couple who is considering adoption?

RM: Every Christian is called to care for widows and orphans, but not every Christian is called to adopt. There is one thing worse than someone not adopting who should, and that’s someone adopting who shouldn’t. Ask yourself why you want to adopt. If you seek a risk-free adventure in finding your dream baby, get a cat. A child needs parents who have counted the cost and are willing to risk being hurt in order to love that child, no matter what, for life.

Dr. Russell D. Moore is president of the Ethics and Religious Liberty Commission of the Southern Baptist Convention. He blogs frequently at his Moore to the Point website, and he is author or editor of several books, including Tempted and Tried: Temptation and the Triumph of Christ and Adopted for Life: The Priority of Adoption for Christian Families and Churches. He is also senior editor of Touchstone: A Journal of Mere Christianity and is an ordained Southern Baptist minister, having previously served as pastor for a number of churches.