Preaching Is a Dangerous Thing: An Interview with Paul Washer

Tabletalk: Please describe your ten-year service as a missionary to Peru. 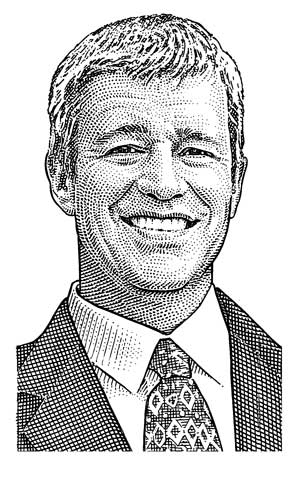 Paul Washer: My work in Peru was concentrated around planting churches in the capital city of Lima and teaching rural pastors in the northern sierra and jungles. I began when I was fresh out of seminary and twenty-six years old. Therefore, my ten years in Peru were marked by what God did in me as much as by what He did through me. It was in these formative years that I began to question the modern methodologies of evangelism and missions, and to search the Scriptures and church history for an answer. I began to read the Reformers, Puritans, and early Evangelicals. I learned that the power behind the Great Commission does not reside in clever methodologies, but in the proclamation of the great doctrines of the Christian faith in the power of the Holy Spirit. The weapons of our warfare are intercessory prayer, the proclamation of the Word, and sacrificial love.

TT: What is the purpose of the HeartCry Missionary Society and how does it seek to accomplish its goals?

PW: Our greatest concern is that God’s name be great among the nations (Mal. 1:11), and that the Lamb receive the full reward for His sufferings (Rev. 7:9–10). Subsequently, we recognize that if we are truly passionate about God’s glory, we will not be unmoved by the billions of people who have yet to hear the gospel. In fact, the sincerity of our Christian confession should be questioned if we are not willing to do all within our means to make Christ known among the nations.

At HeartCry, we partner with indigenous churches of like faith and practice in the training and sending of indigenous missionaries for the establishment of mature, autonomous local churches. At the moment, we are supporting nearly two hundred missionary families around the world. We are also contributing to their training though theological education by extension, book translation, and Bible conferences. We believe missions is not about sending missionaries but about sending God’s truth through missionaries. It is a theological or doctrinal endeavor.

TT: What do you mean when you say that “preaching is a dangerous thing”?

PW: Preaching is dangerous for both the preacher and the hearer. It is dangerous for the preacher because a great stewardship has been laid upon him, and with privilege comes great responsibility. He will be held accountable for every word, and his ministry will be examined and made manifest before the very judgment seat of Christ. Woe to us if we do not preach the gospel, and even greater woe if we preach it in error. Preaching is also dangerous for the hearer. A preacher’s authority does not come merely from his calling or anointing, but he has authority only to the degree that he correctly interprets and clearly proclaims the truths of Scriptures. When this happens, the hearer is privileged with a message from God and is bound to respond appropriately. In summary, the preacher will give an account for what he has said, and the hearer will give an account for what he has heard.

TT: Who has most influenced your preaching?

PW: My three favorite preachers are Charles Spurgeon, D. Martyn Lloyd-Jones, and George Whitefield. In all three, I see men captivated by the gospel of Jesus Christ but with different emphases. Charles Spurgeon could not preach without giving first place to the propitiatory death of Christ. He was lashed to the cross, and he gave it “first place” in every sermon. Martyn Lloyd-Jones saw the radical depravity of men and put no hope in the arm of the flesh. He firmly believed in the power of gospel preaching and the regenerating work of the Holy Spirit. This kept him from using the gimmicks that were so prevalent in his day and ours. George Whitefield was a fearless evangelist who wept over souls when they would not weep for themselves. He was a bonfire for Christ and men came to watch him burn. Along with these men’s sermons, the most influential books in my life have been The Autobiography of George Muller and John Bunyan’s Pilgrim’s Progress.

TT: What does the church need to hear most in this day and age?

PW: First, the ministers of Christ must be utterly convinced that both the conversion of the sinner and the sanctification of the saint are impossible endeavors. They require the supernatural power of God, which is most manifest when the preacher has cut himself off from the arm of the flesh and relies solely upon the raw proclamation of God’s Word, intercessory prayer, and the power of the Holy Spirit. Second, the church most needs to hear who God is and what He has accomplished through Jesus Christ. I believe that even sound and sincere preachers often assume too much about what their flocks understand about God and His gospel. Third, the church not only needs to hear the full counsel of God, but it needs to see it lived out in the men who preach it. We need men who are molded and purified by long hours in the refinery of their study and prayer closet.

TT: What does true repentance look like in the Christian life?

PW: Repentance in the Christian life is a continuation and growth in the repentance that leads to salvation. It is seen in those who are poor in spirit and mourn over the offense of sin. It is evident in those who are contrite in spirit and tremble at God’s Word. In this is revealed one of the many paradoxes of Christianity. The poorest in spirit is the wealthiest in life; the most mournful is the most joyful; the most broken is the most whole; and he who most trembles at God’s Word is the most confident in His presence. As we grow in grace, we see more of God’s excellence and more of our sin. Yet this does not produce in us a repentance unto death, but unto life, because we are also granted greater revelations of the grace of God in Christ that produce in us joy unspeakable and full of glory. In this process, a great transaction occurs: our confidence and joy no longer come from the inward look to self but from the outward look to Christ. In this march of divine providence, we learn to glory in Christ and put no confidence in the flesh (Phil. 3:3).

TT: In 2006, you delivered a message to a large group of young Christians that has become one of the most popular sermons on the Internet. Why do you think so many have been drawn to it?

PW: I do not think I will ever cease to be astounded by what God has done with that sermon. For the last several years, we have received a near-constant stream of letters from people all over the world who have been converted through the message. I think that it is also popular among Christians because I said things that others were thinking but did not have the venue in which to say it. There is something of a reformation going on around the world. Many are beginning to see through the shallow gospel preaching that has plagued the church in the United States and has been exported throughout the world through us. We have reduced the gospel to a few principles and the invitation to little more than the repetition of a prayer. Many rest in a false assurance of salvation based upon a decision they made once and a misguided minister’s affirmation. The message I preached that day exposes this deadly error.

TT: What is your advice for people who find it difficult to bear witness to Christ in their schools or workplaces either because of their own fear of rejection or hostility from others?

PW: First, I would ask them to examine the life of Peter. Before the day of Pentecost, he denied the Lord before a little servant girl. After Pentecost, he defied the entire Jewish nation and the Roman Empire with his allegiance to and proclamation of the gospel. Although there are many things unique to Pentecost, the promise of power to be witnesses (Acts 1:8) is for all believers of all time. Second, I would direct them to Colossians 4:1-4 and show them that evangelism begins with prayer that God might open the door and provide boldness and clarity to speak. (All battles of this sort are won through prayer.) Third, I would confide in them that I am also often afraid or intimidated to speak, but through the Word and prayer, even the weakest among us can be both bold and wise. Finally, I would share a simple practice that has been a great help to me when someone refuses to listen: When I cannot talk to a person about God, I talk to God about that person.

TT: What counsel would you give to a young man who feels the call of God to full-time ministry?

PW: First, I would share my strong conviction with regard to ministerial training. Young men should not go to seminary to learn ministerial techniques but to learn how to properly interpret the Scripture and make it known to others. I would plead with him to become proficient in the core essentials of ministerial training: hermeneutics, the languages, systematic theology, and church history. By learning to interpret the Scriptures in the context of the church’s confessions and history, he will be prepared to answer every question and meet every need that will present itself in the long course of his life. Second, I would counsel him that he is taking upon himself the mantle of a man of God. He is to know God in prayer, live in His presence, and minister according to His power. For him, God must always be “the God before whom he stands” (I Kings 17:1).

Paul Washer is well-known for his powerful proclamation of the gospel both in the United States and abroad. He is the founder, director, and missions coordinator of HeartCry Missionary Society, which exists to aid indigenous or native missionaries in reaching their own peoples and establish churches. He served as a missionary in Peru for ten years, during which time he started HeartCry. HeartCry now supports more than 165 missionaries in more than 26 countries around the world. He is the author of several books, including The Gospel’s Power and Message and The Gospel Call and True Conversion.