Ministry in the Capital: An Interview with Mark Dever

Tabletalk: How did Capitol Hill Baptist Church begin, and how were you called to minister there? 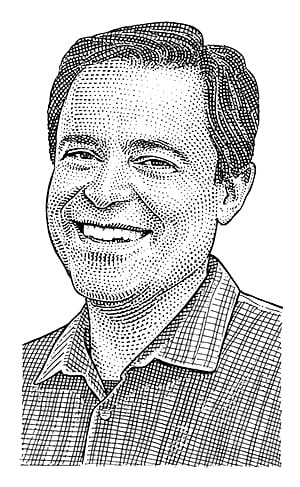 CHBC is more than a hundred years old. It was the first church of any denomination in the northeast quarter of Washington, D.C. They had a long and healthy pastorate in the first half of the twentieth century, followed by eight shorter pastorates in the second half, many of them not so healthy. Dr. Carl F.H. Henry, a member of CHBC since the mid-1950s, wrote me in January 1993 to let me know of their need for a pastor. I first met Carl Henry some years earlier and had gotten to know him fairly well. He encouraged me to teach in a seminary, so I was initially surprised when I got his letter asking about my interest in pastoring the church on Capitol Hill. I then visited the church and through much prayer and conversation, both the church and I concluded that I should come to be their pastor. This was clear to me and my wife by the summer of 1993, and the congregation there voted to call me in December 1993. After a couple of weeks of prayer and reflection, I accepted the call. They understood that I wouldn’t be able to start serving until the second half of 1994. My family and I moved there in the middle part of 1994, and they graciously allowed me to simply attend throughout July, August, and September so that I could get used to what their culture was like. I was finally installed as the pastor on the last Sunday of September 1994; I began preaching the first Sunday in October 1994; and I’ve been there ever since.

TT: What are some of the unique challenges of ministering in Washington, D.C.? How do you seek to overcome those challenges?

MD: I don’t really think there are any unique challenges. I guess you could say that given our location, I have to be extra careful about sounding partisan. But other than that, the ministry here is remarkably like ministry in any other urban area around the world.

The best way I know how to overcome any unique challenge is to ensure that the gospel is clear and present in every message. I keep the gospel central and try to avoid any unduly partisan expressions or language.

TT: How did 9Marks begin, and what is its mission?

MD: I first thought of the nine marks in a letter I had written to a church plant I had been involved with in the Boston area. I wrote to them in 1991 laying out nine characteristics that marked their church, that were intentional, and that any pastor coming to work with them should understand before he came. As for 9Marks as an organization, 9Marks began with Matt Schmucker wanting to export to other pastors the lessons he was learning here at CHBC. Matt has always been a builder. He likes, and is able, to start new things. Matt’s vision along with a generous donation from a neighbor allowed us to get started in November 1998. We were originally called the Center for Church Reform, but then we noticed pastors getting into trouble with their congregations for referring to an organization that seemed to suggest that they should change. So we decided to go for the simple positive name of 9Marks, which would represent those issues in the local church we were specifically addressing.

The 9Marks mission is to help pastors and church leaders, as well as all interested Christians, think more biblically about church health.

TT: What are the nine marks of a healthy church? Why are they so important?

MD: The nine marks of a healthy church are expositional preaching, biblical theology, the gospel, conversion, evangelism, church membership, church discipline, biblical church leadership, and discipleship and growth. These marks are not merely important because they are biblical; there are in fact many more biblical marks of a healthy church that could be considered. It’s that these are so often and unwittingly neglected. For example, while there may be widespread misunderstanding about worship, missions, or prayer, there has been lots of emphasis on all three from different camps for decades. Vast conferences are organized for worship leaders, for missions, or for concerts of prayer. All of these are good, but these topics are not neglected. Biblical theology, however, is often simply left to the academics. Conversion for many people is a paragraph in a systematic theology book. Church membership is downplayed or even denied by many churches. And yet these issues are absolutely vital for pastors and church leaders to understand. We had a conference just this last year on church membership that one thousand pastors and church leaders attended. These issues are important, and 9Marks is a parachurch tool to reduce their neglect.

MD: 9Marks intends to bring the confidence in the sufficiency of Scripture for directing the life of the church that marked earlier Protestants—whether Presbyterian, Baptist, Congregational, Methodist, or Anglican—back into live conversation among pastors today. And this is a conversation in which most of these marks were never dividing points between denominations. For instance, expositional preaching was the regular practice of evangelical ministers in past generations. I’d like us to revisit those earlier conversations, which were so steeped in the Bible, and see what we can learn from them in our more pragmatic age.

TT: Can Christians who hold to different ecclesiologies have true unity in Christ? What does this unity look like?

MD: Yes. We’re indwelt by the same Spirit, saved by the same death, and justified by the same resurrection. We follow the same Lord, worship the same God according to the same faith in the same gospel. Our unity is not a goal; it’s a spiritual reality. It’s a fact. Our job now is to live out that unity.

We live out that unity through Bible-believing congregations with faith in the same gospel, praying for each other’s health and prosperity, while serving and encouraging one another. It also includes faithfully bearing witness to what we think the Bible teaches on topics where we know there is division among evangelicals. Someone else’s misunderstanding should not prevent me from thinking I understand something clearly in Scripture, and in such a situation I must be clear in my obedience to the Lord and His Word even while being charitable to brothers and sisters who intend to obey as I do, but think God has said something different in His Word.

TT: What is a local Church’s responsibility to a Church member who, though not excommunicated, just leaves and joins another church down the street?

MD: It depends. If it is not a gospel-preaching church and your church member has been taught and spoken to and reasoned with, and he or she refuses to either return to your church or go to some other gospel-preaching church, then you must excommunicate him or her. On the other hand, if he or she has simply gone to another church for any host of reasons and that church preaches the gospel, it is entirely legitimate for him or her to go, and I may even encourage him or her to go for various reasons. Every pastor knows how many situations there can be like that. We often have people leave our church for other evangelical churches, and it only causes those churches to be more dear to us and those who have left us are always welcome back. One factor we emphasize that other churches typically don’t is geography. We like people to be a part of a church near where they live. So while you can be a faithful member of a church that meets an hour from where you live, if you find one that meets thirty minutes from where you live, it would, all other factors being equal, be a better option.

Dr. Mark Dever is senior pastor of Capitol Hill Baptist Church in Washington, D.C., where he has served for more than twenty years. Dr. Dever is president of 9Marks Ministries, an organization committed to equipping church leaders with practical biblical resources for displaying the glory of God through healthy churches. He has authored several books, including Nine Marks of a Healthy Church, Preach: Theology Meets Practice, In My Place Condemned He Stood, The Church: The Gospel Made Visible, and It Is Well: Expositions on Substitutionary Atonement.