Good News for the Poor: An Interview with Mez McConnell

Tabletalk: How did you become a Christian? How are you serving God in Scotland? 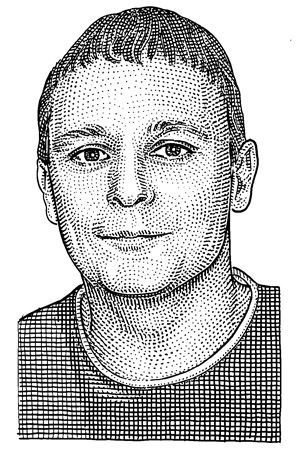 Mez McConnell: I grew up in Ireland in the foster care system for most of my early life. In my teens, one of my friends died and I began to think more about spiritual things. The church was irrelevant to me. I thought of it as a place for good, rich people. In my late teens and early twenties, my drug use spiraled out of control, I was homeless on the streets, and I finally ended up in prison. It gave me a place to live. I heard the gospel for the first time and was converted through reading Matthew Henry’s Commentary on the Bible. I went on to seminary, became an associate pastor and then a youth pastor in the U.K., and then I moved to Brazil and planted a church among street kids. I am now a pastor in Edinburgh and the founder of 20Schemes.

TT: What does 20schemes exist to do?

MM: We exist to build healthy, gospel-centred churches in Scotland’s poorest communities. We seek to do this through recruiting and training church planters, female outreach workers, and ministry apprentices. Our long-term aim is to grow the next generation of indigenous leaders and provide solid, theological, and contextualized resources for ministry among the urban poor.

TT: What are two or three unique struggles that church planters in the poverty-stricken communities where you work face, and how do you work through those struggles?

MM: (1) We have almost no effective church-planting going on in Scotland’s housing schemes (housing projects). Our aim is to begin to rectify this.

(2) Our work is often underresourced in terms of finances and good, contextualized, theological teaching, training, and discipling material. Our aim is to raise funds and produce material relevant to our context.

TT: What are three or four pieces of advice that you would give to someone who wants to plant a church in an impoverished community?

(2) You have to be prepared to engage in ministry for the long haul. There are no short-term solutions to the problems in these communities, and we need to come in with realistic expectations of what it takes to plant or revitalize a church. We are talking decades rather than the usual three- to five-year model.

(3) Building a team is fundamental to the success of work in these areas. The ministry is so labor intensive that it requires a broader effort than a one-man band.

(4) A mature, godly woman is a key part of work in these areas.

TT: A church located in a middle-class or relatively affluent area wants to do ministry in an impoverished community where it has no contacts. How does this church begin its work?

MM: (1) Pray for a team of people who have a heart for the work to be raised up.

(2) Encourage that team to sell all they have and send them into the community to live and minister.

(3) Support, encourage, and resource that team as missionaries on the ground as they establish contact and build long-term roots into the community. The work must be viewed as long-term sacrifice and not short-term outreach.

(4) Have a plan and set appropriate expectations. For example, how will you disciple and grow the first converts?

MM: The church has made mistakes in the past by farming out, almost exclusively, social justice-type ministries to parachurch organizations.

The church has also been guilty of paternalism and malevolent generosity when it comes to things such as soup kitchens, food pantries, and so forth. We’ve too often confused free handouts with Christian ministry. Instead, we should be evangelizing, discipling, equipping, and sending out people as they minister within local churches.

We’ve separated mercy from discipleship. Much mercy ministry today is pragmatic rather than biblically thought through. Billions of dollars are spent helping the poor, yet how many churches have been established and how many poor, young pastors are coming up through the current system?

Historically, evangelicals were at the forefront of social justice issues such as slavery, hospitals, schools, and others. Many churches still have a heart for the poor but there is a lack of thought-through, biblically informed responses to the issues today.

TT: What are two or three common misconceptions about poverty that you frequently encounter in the course of your ministry?

MM: Many in the West regard poverty as a lack of material possessions and therefore try to resolve the issue through filling that wrongly perceived lack. Also, poor areas are almost always thought of negatively by outside groups when, in reality, they are places of rich cultural and social heritage. Couple a misunderstanding of true poverty with a negative outlook about an area and we are almost certainly left with faulty and unhelpful ways of “helping” the poor.

Many equate poverty with a lack of intellect, particularly when it comes to the deep teachings and doctrines of the Bible. There is an assumption that poor people “can’t handle it,” which couldn’t be further from the truth.

TT: What does the gospel have to say to someone who blames his circumstances—poverty or otherwise—for the problems he experiences?

MM: The gospel challenges all of our self-righteousness and self-pity. We may not control where we were brought up or what life has thrown at us, but we are all still willful rebels against a Holy God. There are no innocent victims when it comes to sin. All have sinned and fall short of His glory.

TT: How would you respond to a person who says, “Poverty will always exist, so what’s the point of helping those in poverty?”

MM: Jesus does say the poor will always be among us, and yet he lived with and hung out with sinners. The goal of 20Schemes is not to alleviate all poverty, but to declare the life-saving gospel of Jesus Christ. Then, as God by His Holy Spirit draws His elect to Himself, we will disciple them and prepare them for the works that God has saved them to do.

TT: What lessons might pastors in America and elsewhere learn from the evangelical church in Scotland?

MM: Don’t take your eye off the ball when it comes to evangelism and church planting.

Gospel partnership was lost for a generation (or more) in Scotland as different factions retreated to their own tribes. Thankfully, we are seeing resurgence across the country.

Don’t despise social justice; rather, seek to do it well and, above all, biblically.

The church here has failed to really train up the next generation of leaders. Invest in your young men and women.

The American church could stand to learn from the renewed vision here to hold less tightly to our denominational tags in an effort for concerted gospel unity and partnership.

Mez McConnell is senior pastor of Niddrie Community Church in Edinburgh, Scotland. He is founder of 20Schemes, a ministry that seeks to plant churches among some of Scotland’s poorest communities (called “housing schemes”). He has been involved in pastoral ministry, both in church planting and church revitalization, since 1999, and he has worked and ministered in the inner city throughout England, Scotland, and Brazil. He is author of Preparing for Baptism: A Personal Diary and Is There Anybody Out There? He is on Twitter @mez1972. You can find out more about 20Schemes by following @20schemes on Twitter.