Faith of Our Founders: An Interview with Tom Ascol

Tabletalk: How did you first hear the call to ministry, and how long have you been a pastor? 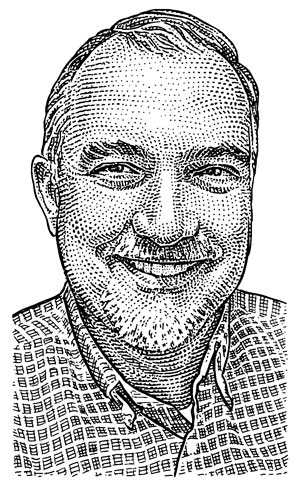 Tom Ascol: I was sixteen years old when I first sensed God calling me to pastoral ministry. It was through the preaching of a guest preacher during a “youth revival” at my home church, South Park Baptist in Beaumont, Texas. Though I had grown up in the church, I had a very jaded view of pastors, so I thought God was playing a cruel joke on me. After several months of prayer, reflection, and counsel, our pastor asked me to preach for the church. Afterward, on November 7, 1973, the church licensed me to the gospel ministry.

I accepted a call to pastor Rock Prairie Baptist Church in College Station, Texas, on October 31, 1978. I have served two churches since, including Grace Baptist in Cape Coral, Florida, where I have been ministering since 1986.

TT: Why does Founders Ministries exist, and how does it serve the church?

TA: Founders exists to encourage the recovery of the gospel and the biblical reformation of local churches. The ministry was begun in a prayer meeting that was held November 13, 1982, in a hotel room in Euless, Texas. Those were the early days of the “Conservative Resurgence” within the Southern Baptist Convention (SBC). While that movement received a great deal of attention in denominational and even national media, another recovery movement was quiet ly beginning to emerge. God was beginning to awaken a few Southern Baptists to the biblical teachings on sovereign grace. Seven men—all Southern Baptists who had come to this “new” understanding— met to consider what could be done to encourage this movement. After hours of prayer, singing, reading Scripture, and talking, we decided to host a conference where the teaching would be based on the doctrines of grace.

TT: Do you find that most Southern Baptists are unaware of their Calvinistic roots? Why?

TA: Yes, though less so now than thirty years ago. The Southern Baptist Convention was deeply affected by pragmatism beginning in the middle of the twentieth century. That led to a de-emphasis on doctrine and a reinterpretation of our history. Statistical analysis became the primary tool by which success was determined. Generations of pastors and educators received their seminary training within this ethos and became desensitized to the centrality of doctrine in sorting out the nature of the Christian life as well as the nature and mission of the church. Added to this was the limited access to primary sources. Prior to the democratization of information afforded by the digital revolution, the educational gatekeepers filtered most of the historical information that made its way to the churches and, inevitably, neglected the doctrinal roots of the SBC. So, for example, Southern Baptists heard much about Lottie Moon’s self less, sacrificial service as a missionary in China but nothing about the fact that she used the Shorter Catechism to evangelize Chinese children or that she reined in her deep affection for C.H. Toy and rebuffed his marriage proposal because she judged his theology defective. Another example: the fact that 293 delegates met in Augusta, Georgia, in 1845 to found the SBC was widely taught, but what was not taught is the fact that each one of those delegates came from churches or associations that held to the decidedly Calvinistic Second London Baptist Confession of Faith.

Today, with the easy access to primary historical sources through republications and trustworthy websites that make available such documents, anyone who has a computer, Internet access, and thirty minutes can easily discover that the cradle in which the SBC was rocked is evangelical Calvinism.

TT: Can you tell us a story wherein giving someone a historical overview of Calvinism in the SBC encouraged them to consider Reformed theology?

TA: There are numerous instances of seminary students and pastors who, upon discovering the doctrinal roots of the SBC, have been led then to evaluate those doctrines biblically. I remember one pastor who, two years after calling me a heretic (among other things) because of my Calvinistic views, wrote to ask for forgiveness because the Lord had convicted him, through reading some of the historical resources Founders provided, to engage in a fresh study of these doctrines from the Bible. He discovered what many have—that if what our forefathers believed about salvation was true then, it is true today because truth does not change.

TT: How can Reformed believers demonstrate that their primary reason for holding to Calvinism is Scripture and not tradition?

TA: By faithfully, carefully, and consistently expounding Scripture. If the doctrines of grace are biblical, a right understanding of the Bible will demonstrate that. History is a great discipline and should be studied by God’s people—especially by pastors. But history can never trump the Word of God. Scripture and Scripture alone is the final authority in determining what we are to believe regarding salvation. Exegesis is the Calvinist’s best friend. If a person can more easily demonstrate what he believes from historical documents than from Scripture, then his faith needs to be significantly matured and disciplined through careful exegesis of the biblical text.

TT: Some people say that you should not preach the doctrines of grace because they may lead to church splits. What is your response?

TA: If we avoid preaching those things that might lead to church splits, then our canon of preachable texts will be very small. Pastors are called to “preach the Word” (2 Tim. 4:2), and we should follow Paul’s example and “not shrink from declaring … anything that [is] profitable” including “the whole counsel of God” (Acts 20:20, 27). Granted, any doctrine can be preached in an offensive way, and that should never be done. But preachers are not editors of God’s Word; we are heralds, stewards of the message that has been entrusted to us. We are not responsible for the content of God’s Word but for the faithful, accurate exposition of it. So I would encourage every pastor to preach as a man who will one day stand before God to give an account of how accurately he taught the Word and leave the consequences and results to the Lord.

TT: What two or three responsibilities do Reformed believers have to their church leaders if their leaders do not embrace Reformed theology?

TA: Reformed believers are not free to ignore the Bible at any point just because their church leaders do not share their Reformed theology. The admonitions in Hebrews 13:17 (and other, similar verses) still apply: “Obey your leaders and submit to them, for they are keeping watch over your souls, as those who will have to give an account. Let them do this with joy and not with groaning, for that would be of no advantage to you.” If a person finds himself in a church where he cannot heed this admonition, then he needs to find another church. The exception would be any occasion in which leaders have deviated from the church’s confession. Then appropriate steps should be followed as outlined in 1 Timothy 5:19–21 and, hopefully, in the church’s guiding documents.

TT: What is the most important piece of advice you would give to congregants who are sitting under the leadership of a young pastor?

TA: Patiently, lovingly, humbly, prayerfully, verbally, practically, and repeatedly encourage him. He faces a daunting task, and the church can in many ways help mold the pastor for greater usefulness.

Tom Ascol is pastor of Grace Baptist Church in Cape Coral, Fla., having served there since 1986. He is executive director of Founders Ministries, an organization committed to reformation and revival in local churches, and editor of the quarterly theological publication Founders Journal. Rev. Ascol regularly preaches and lectures at various conferences throughout the United States and other countries in addition to authoring the Founders Blog and writing for Examiner. He has contributed to many books and is the editor of Dear Timothy: Letters on Pastoral Ministry. You can follow him on Twitter @TomAscol.