Advancing the Gospel on the Front Line: An Interview with Tim Keesee

Tabletalk: How did you become a Christian and discern your call to ministry? 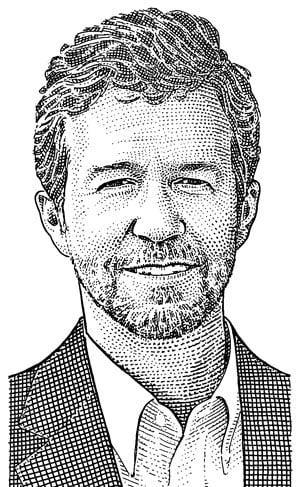 Tim Keesee: I was blessed to grow up in a Christian home and a gospel-preaching church. My earliest memory of my mother was her reading the Bible to me. When I was ten years old, during several weeks of preaching, I felt more and more the burden of my sin and my desperate need for Christ. He showed His grace and mercy to me and set me free. I will never forget the joy and freedom I experienced that night. As Jesus said in John 8:36, “If the Son sets you free, you will be free indeed.” When I was fifteen, God’s Word seemed to come alive to me like it never had before. The Lord’s presence and promises became very real to me when I read His Word and heard it preached. That’s when, in a definite way, He caused me to know that making Him known was what I was to give my life to.

TT: How did you become involved in world missions?

TK: Little by little. Back when I was in college, I taught an adult Sunday school class at my church. We renamed our class “Regions Beyond Bible Class,” from 2 Corinthians 10:16. We tacked a world map on the wall, which was a focal point for prayer and projects, especially for the needs of persecuted Christians. We raised funds to print and smuggle Bibles behind the Iron Curtain and organized letter-writing campaigns to highlight the plight of brothers and sisters suffering in prison for the sake of the gospel. These were just little things—mobilizing twenty to thirty people to pray and invest. I often think of what an early mentor of mine said: “Between the great things we cannot do and the little things we will not do, lies the danger of doing nothing.” I am thankful for my great God who graciously does not despise “the day of small things” (Zech. 4:10).

TT: How was Frontline Missions International founded? How does it carry out its mission?

TK: Frontline Missions International started in 1992 after the fall of the Iron Curtain. It was a remarkable time of gospel opportunity in those suddenly unshackled lands. Frontline helped equip pastors and Christian workers for the work of the ministry among their own people by providing theological training, equipping church planters, publishing gospel literature, and supplying humanitarian aid in areas torn by war. As more doors opened in Central and South Asia and the Far East, we continued to form gospel partnerships to strengthen churches in those lands and to position workers for the further advance of the gospel. Frontline Missions is “a team from many nations reaching the nations.”

TT: What is a “closed country”? What are two of the biggest obstacles to advancing the gospel in such places?

TK: A “closed country” is one way of describing a gospel-destitute country that does not permit visas for religious workers—that is, a country closed to traditional missions activities. But really, there is no such thing as a “closed country” to the gospel. Jesus has all authority in heaven and in earth—and that includes every country. He’s not concerned about borders and visas. Two of the biggest obstacles to advancing the gospel in these settings are (1) fear, and (2) an institutional unwillingness to engage in nontraditional approaches to serving in the hard places. However, the Great Commission’s success isn’t dependent upon American participation. A country may be closed to an American, but it is never closed to Christ. The gospel is not bound by lines on a map. As Christ is calling men and women to Himself from every nation, so He is sending them out to every nation. Thankfully, the worldwide missions force is more diverse—and looks more like the church—than ever before.

TT: What is the “10/40” Window,” and how does Frontline Missions serve in that part of the world?

TK: It is missions shorthand for the most populous and least-reached region of the world. The 10/40 Window spans from ten degrees north latitude to forty degrees north latitude—from Saharan Africa eastward to China and the Indonesian archipelago. It contains two-thirds of the world’s people along with the superlatives of despair—worst poverty, shortest lifespan, greatest persecution, least access to the gospel. Frontline Missions is serving in this region by providing training, gospel literature, and support for new church planting efforts. In addition, Frontline has developed creative platforms in education and business to gain greater access to difficult countries in this region.

TT: How can Christians overcome their fear in sharing the gospel with Muslims, Buddhists, Hindus, and others who are resistant to the gospel?

TK: There is a reason why “Fear not” is the most often repeated commandment in the Bible—we are fearful people. We too easily build walls out of our own fears and do not see Muslims, Buddhists, Hindus, and others first and foremost as lost sinners, just like we were before Christ changed us. These people are just looking for ways to save themselves and, like us, desperately need Christ. The gospel gives us good reason for humility, and the gospel gives us a good reason for boldness.

TT: Please describe the Dispatches From the Front book and video series. What are you seeking to accomplish through these works?

TK: For as long as I can remember, I have kept a journal. Over the years as I have traveled and ministered, I have recorded stories of the church and how Christ is building it all over the world. The book is a collection of journal entries from eight regions of the world—about twenty countries. The video series is also based on my reporting from the front lines. I see all of these as simply opening windows to Christ’s kingdom all over the world. I believe it grows our vision of our great God and builds confidence in His gospel—that it works and that it is unstoppable.

TT: What encouragement can you give to Christians who find evangelism difficult?

TK: A number of years ago, I was challenged and convicted by the words of a friend—and am reminded often of what he said to me. His name is Tahir, and he is a converted Muslim. He has been very effective in leading many out of that prison house and into the light of Christ. My brother once said to me, “The world is more willing to receive the gospel than Christians are willing to give the gospel.” Evangelism is not having the answers for every objection. Nor is it dependent on our debating skills. We are the willing messengers, but the winning, saving work is God’s part.

TT: You’ve traveled to some of the most difficult places in the world to do ministry. What are two examples of how you have seen God at work in those places?

TK: First, I’ve seen that the gospel is the power of God unto salvation. It’s not merely mental assent—it is a radical, inside-out work of God that’s made to last. There’s no other explanation for the story (and this is just one of many witnesses to this truth that I’ve met) of a Muslim sheik in the Horn of Africa who beat his sons for becoming Christians but who later became a Christian. The persecutor is now the pastor of the church in what had previously been a one-hundred-percent-Muslim village. The second thing is that Christ is in us, with us, and for us. This explains the peace in the heart of Gulzar, whom I met in Pakistan. His house had been looted by Muslim mob action and his church burned to the ground. Yet he was confidently quoting Scripture to me, saying, “Let not your heart be troubled… . I go to prepare a place for you” (John 14:1-2), a place that no one can burn down. It’s the explanation for the extraordinary joyful boldness of a brother in North Africa who, on the day he was baptized, sent a group message to everyone in his phone contact list saying, “Walit Masihi!” (I have become a Christian). In his country, that is like asking to be killed, but my brother does not have a death wish—he now has a living hope.

Dr. Tim Keesee is executive director of Frontline Missions International, a ministry that seeks to advance the gospel around the world—especially in those regions that have little access to it. He is author of Dispatches from the Front: Stories of Gospel Advance in the World’s Difficult Places. Frontline Missions International also produces a DVD series with the same name.