What Is the Lord’s Supper? 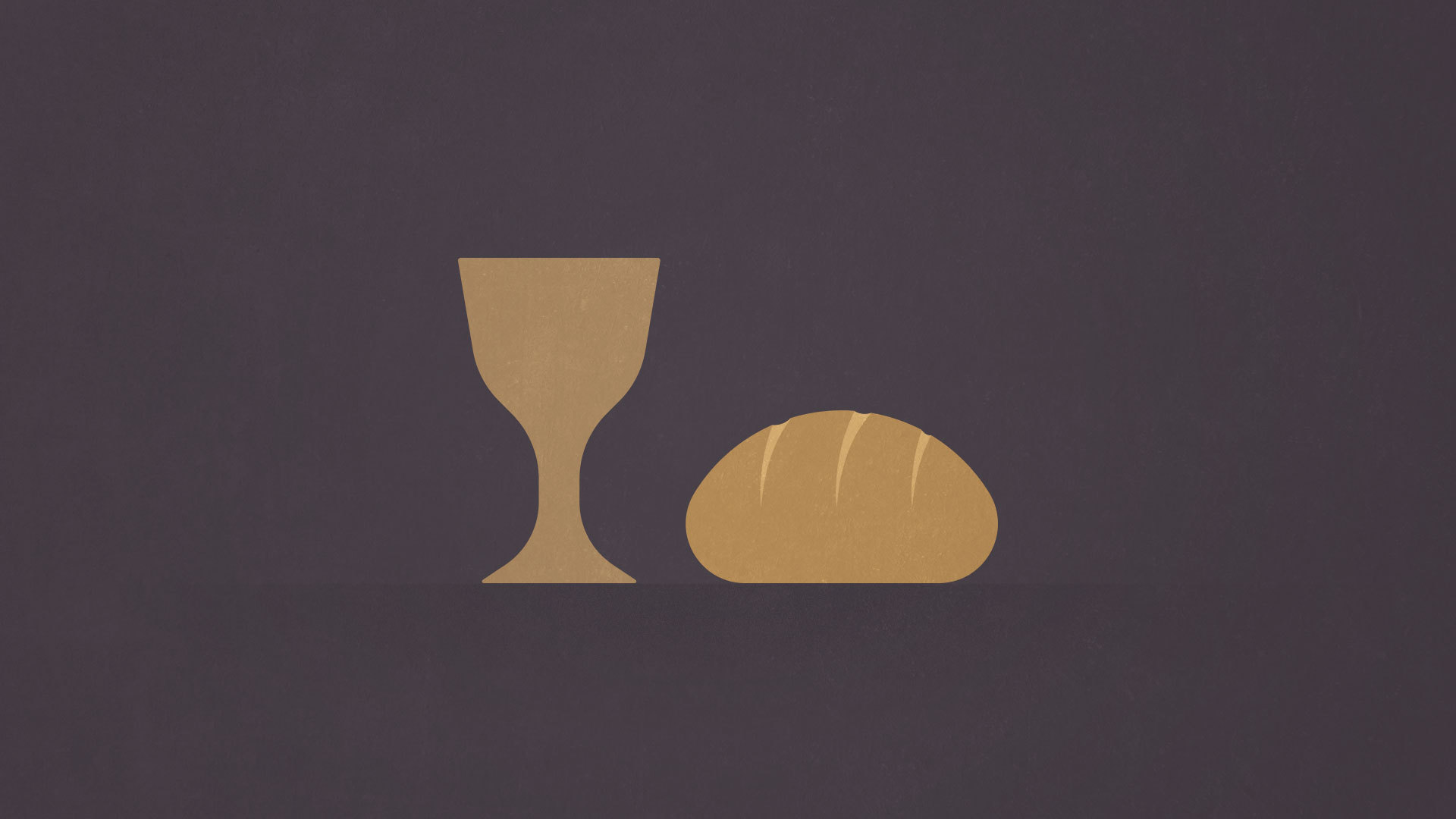 Have you ever noticed the strangeness of the Lord’s Supper? Many of us have been attending church for so many years that this thing we do every week or every month has become somewhat routine. Its strangeness no longer strikes us. But step back and imagine what it looks like to someone attending a church for the first time. Imagine what it looks like to a child. With some differences among churches in the details of the liturgy, the members of the church receive bread, which they eat in a ceremonial way after the pastor repeats the words of Jesus: “This is my body.” Then they receive wine (or grape juice), which they ceremonially drink after the pastor repeats the words of Jesus: “This cup is the new covenant in my blood.” What in the world is going on here? What is the Lord’s Supper?

Scripture anticipates that the sacraments instituted by God will raise questions among believers. When the Passover was instituted, for instance, Moses said, “And when your children say to you, ‘What do you mean by this service?’ you shall say, ‘It is the sacrifice of the Lord’s Passover, for he passed over the houses of the people of Israel in Egypt, when he struck the Egyptians but spared our houses’” (Ex. 12:26–27). The Lord knew that the Passover would require explanation. He knew that Israelite children would wonder about the meaning of the rituals. We should expect nothing different when it comes to our children and the Lord’s Supper. But do we know how to answer such questions? What do we say when our children ask, “What do you mean by this service?”

Christians in the Reformed tradition have studied Scripture extensively in order to answer such questions. The results of this study are found in the Reformed confessions and catechisms. The Westminster Larger Catechism, for example, provides a concise answer to the question, “What is the Lord’s Supper?” “The Lord’s Supper is a sacrament of the New Testament, wherein, by giving and receiving bread and wine according to the appointment of Jesus Christ, his death is showed forth; and they that worthily communicate feed upon his body and blood, to their spiritual nourishment and growth in grace; have their union and communion with him confirmed; testify and renew their thankfulness, and engagement to God, and their mutual love and fellowship each with the other, as members of the same mystical body” (WLC 168). This definition reveals how intertwined the doctrine of the Lord’s Supper is with other Christian doctrines. In this catechism alone, there are 167 questions and answers before we get to the Lord’s Supper, and much of what is taught in the earlier questions is assumed here. It is important, therefore, to know that our answer to the question, “What is the Lord’s Supper?” cannot be understood in isolation from other Christian doctrines. It is not possible to fully grasp the Reformed doctrine of the Lord’s Supper without some understanding of the doctrines of God, Scripture, sin, salvation, the incarnation, the church, and more.

We see in the catechism’s answer, for example, that the Lord’s Supper is a sacrament. But that answer is not helpful if we do not have some idea of the nature of a sacrament. Additional problems arise because many who hear the word sacrament associate it with mysticism or ceremonialism. Some associate it with Roman Catholicism and cannot imagine why a Protestant church would continue to use such a loaded term. There is a fear that the use of the word might be allowing the camel’s nose under the tent, and if the nose is there, the camel cannot be far behind.

This is one reason why the study of the Reformation and the confessions of the Reformation can be incredibly helpful. The Reformers had no fear of the word sacrament and no qualms about its continued use, and they, better than anyone today, knew the dangers of late-medieval Roman Catholicism. In addition, the Reformed churches of the following generations had no fear of the word. Almost every sixteenth- and seventeenth-century Reformed confession has a chapter titled “On the Sacraments,” and Reformed theologians have used the word for centuries. As long as we define it carefully, it is a perfectly appropriate word. How, then, is the word sacrament defined? The Westminster Larger Catechism is again helpful, explaining that a sacrament is “a holy ordinance instituted by Christ in his church, to signify, seal, and exhibit unto those that are within the covenant of grace, the benefits of his mediation; to strengthen and increase their faith, and all other graces; to oblige them to obedience; to testify and cherish their love and communion one with another; and to distinguish them from those that are without” (WLC 162). The catechism goes on to explain that sacraments have two parts: a visible outward sign and the spiritual reality signified by the sign (WLC 163). Reformed churches teach that there are only two such sacraments instituted by Jesus Christ under the new covenant: baptism and the Lord’s Supper.

What do we mean when we say that the Lord’s Supper signifies, seals, and exhibits the benefits of Christ’s mediation? Let us look first at the word signifies. Sacraments have two parts: a visible outward sign and the reality signified by that sign. In the Lord’s Supper, the visible outward sign is the giving and receiving of bread and wine. The bread and wine signify Christ crucified and His benefits (WCF 29.5, 7). More specifically, the bread is the sign of Christ’s body, and the wine is the sign of His blood (Matt. 26:26–28; 1 Cor. 10:16). In our day, when we hear the word sign, we often think of a road sign that conveys information or a symbol such as the pound sign (#, now more often known as a hashtag). This is not exactly what is meant when we refer to the bread and wine as signs of the body and blood of Christ crucified, because in the Lord’s Supper there is “a spiritual relation, or sacramental union, between the sign and the thing signified” (WCF 27.2). Because of the sacramental union, a sacramental sign is distinguished from that which it signifies, but it is not separated from it. We will return to this idea of sacramental union repeatedly, so it is important to keep it in mind.

What does it mean to say that the Lord’s Supper “seals” the benefits of Christ’s mediation? Paul, in Romans 4:11, speaks of Abraham’s circumcision as “a seal of the righteousness that he had by faith while he was still uncircumcised.” The context indicates that circumcision was a seal in the sense that it confirmed the reality of the thing signified, namely, the righteousness Abraham had by faith. Circumcision authenticated it. Similarly, the Lord’s Supper is a seal in the sense that it confirms and authenticates the promise of God regarding the reality of the benefits received by those who partake of the supper in faith. It indicates that the supper is no mere empty ceremony. Those who partake in faith are assured that they actually do “feed upon his body and blood, to their spiritual nourishment and growth in grace; have their union and communion with him confirmed; testify and renew their thankfulness, and engagement to God, and their mutual love and fellowship each with the other, as members of the same mystical body” (WLC 168).

Finally, what is meant by the word exhibits? What does it mean to say that the Lord’s Supper exhibits the benefits of Christ’s mediation? Again, the Westminster Confession provides a helpful place to begin thinking through the answer to this question: “The grace which is exhibited in or by the sacraments rightly used, is not conferred by any power in them; neither doth the efficacy of a sacrament depend upon the piety or intention of him that doth administer it: but upon the work of the Spirit, and the word of institution, which contains, together with a precept authorizing the use thereof, a promise of benefit to worthy receivers” (WCF 27.3). To exhibit is to hold forth. The benefits of Christ are actually held forth to believers in this sacrament. The confession here explains what this does not mean. To say that the supper exhibits the benefits of Christ’s mediation does not mean that the bread and wine have any power in and of themselves. Furthermore, the exhibition of the benefits does not depend on the holiness or intent of the minister. It depends solely on the work of the Spirit and the promise of God found in the words of institution.

What, then, are the actual benefits? What actually does happen by the power of the Holy Spirit according to the promise of God? The Westminster Confession states: “Worthy receivers outwardly partaking of the visible elements in this sacrament, do then also, inwardly by faith, really and indeed, yet not and corporally, but spiritually, receive and feed upon Christ crucified, and all benefits of His death: the body and blood of Christ being then, not corporally or carnally, in, with, or under the bread and wine; yet, as really, but spiritually, present to the faith of believers in that ordinance, as the elements themselves are to their outward senses” (WCF 29.7). The confession points out a parallel between what is happening “outwardly” and what is happening “inwardly.”

It is worth examining the main clauses before looking at the qualifying clauses lest we miss the main points. According to the confession, worthy partakers, namely, those with faith, who partake of the visible elements (bread and wine) “really and indeed … receive and feed upon Christ crucified, and all benefits of His death.” The “body and blood of Christ” are present “to the faith of believers” as the elements of bread and wine are present “to their outward senses.” The outward-inward distinction continues throughout the entire paragraph.

Clearly, the confession makes the point that this is not to be understood in some crass materialistic sense. Believers really and indeed “receive and feed upon Christ crucified” but not “carnally or corporally.” This happens spiritually because the body and blood of Christ are present to the faith of believers rather than corporally or carnally present “in, with, or under the bread and wine.” As the Westminster Larger Catechism puts it, “They that worthily communicate in the sacrament of the Lord’s Supper, do therein feed upon the body and blood of Christ, not after a corporal and carnal, but in a spiritual manner; yet truly and really, while by faith they receive and apply unto themselves Christ crucified, and all the benefits of his death” (WLC 170).

This excerpt is adapted from The Lord’s Supper: Answers to Common Questions by Keith Mathison. Available now in the Ligonier store.