We Are Not Germs: The Case for Human Dignity 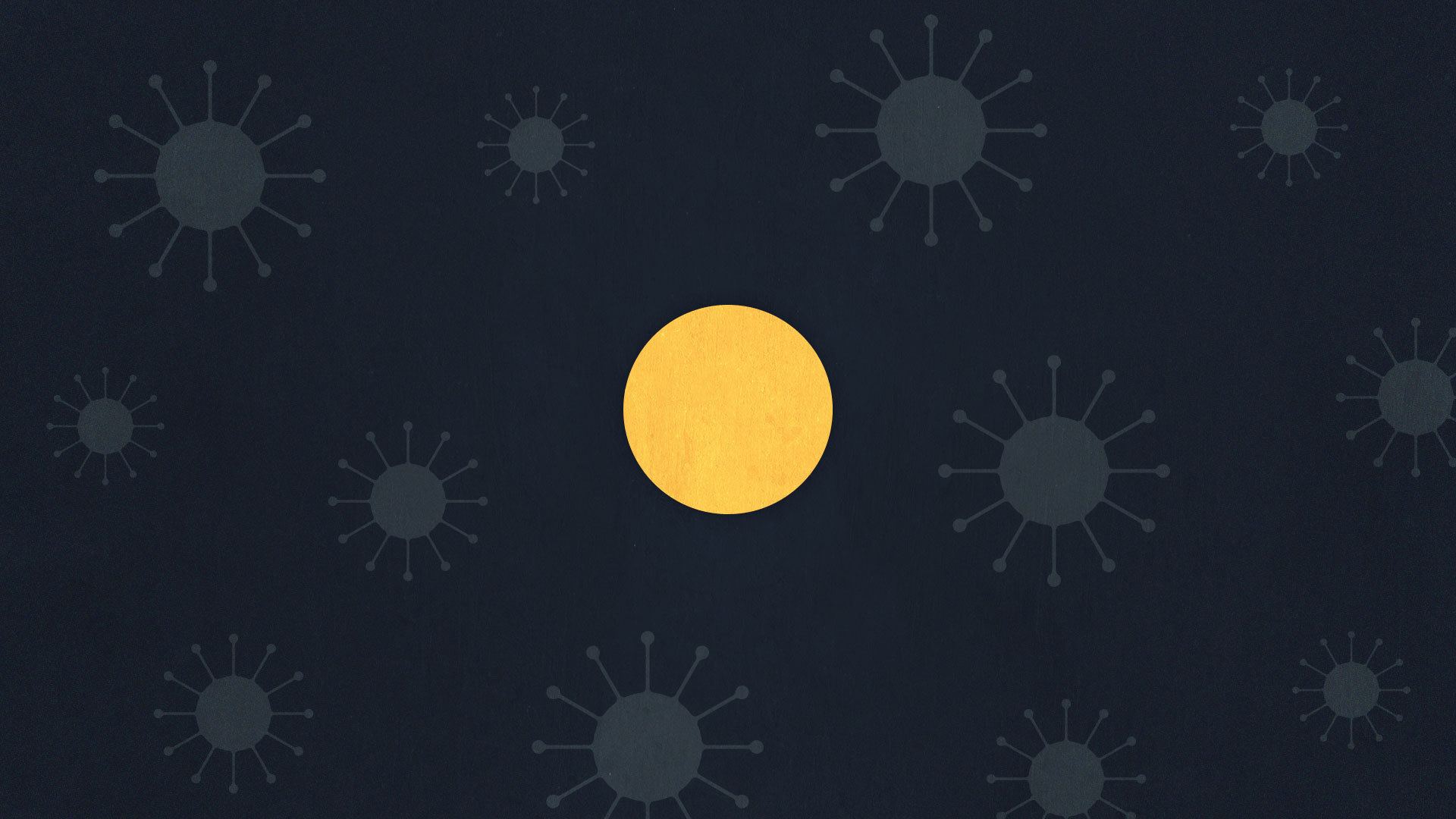 Several years ago, the mother of a college student came to me wringing her hands, saying: “I don’t know what to do with my son. I’ve been praying for him for years; he’s in total rebellion. He’s smoking dope; he’s doing all these wild and crazy things, and he won’t listen to me about the Christian faith. Will you talk to him?” I cautioned her that forcing him to come talk to me would make him a reluctant audience, but I nevertheless agreed to her request. She persuaded the young man to come and see me. When he came in, he was sullen, curt, and obviously hostile. So I asked him, “Who are you mad at?” He replied, “My mother.” And I said, “Why are you angry at your mother?” He said he was mad at her because “every time I turn around she keeps trying to shove religion down my throat.”

I said, “Don’t you see that if you complained to me on the basis of Christian ethical standards that things would be diferent? If your mother is provoking you to wrath and is being thoroughly insensitive to you as a person, then I would have a foundation upon which to stand with you. I could defend your cause against your mother.” At that point, he started getting interested in the Christian faith. Of course, the point of the illustration is that the young man knew what he didn’t like, but he hadn’t thought it through. He wanted to come to the conclusion that there is no basis ultimately for ethics, but he couldn’t live in that domain. And that is the point that even a non-Christian philosopher such as Immanuel Kant made, namely, that life ultimately is impossible without God, without justice, without life after the grave.

The bottom line is this: if there is no God, if there is no life after death, then ultimately all of our ethical decisions are absolutely meaningless. That’s a true and inescapable conclusion. If we think about it, it’s the only conclusion we can reach if we have absented God from our thinking. The only alternative to an absolute ethic is a relative ethic. We cannot have an absolute ethic without a personal Creator.

To confess that God is Creator is to confess that we are not cosmic accidents, devoid of ultimate value. We came from somewhere significant and we are headed toward a destination of importance.

Mechanistic determinists and hyperevolutionists say that the human animal is the highest advance up a scale of life that emerged out of primordial slime. Humanity, the grownup germ, is the result of accidental cosmic forces, and the destiny of the human race is at the mercy of these indifferent, impersonal forces. This view does not leave us in total darkness about the goal of human existence, nor does it point us in the direction of significance. What began in the slime is destined for organic disorganization or disintegration.

The mechanistic view ofers no understanding of the meaning of life. Attempts have been made to develop a sense of mechanistic ethics. All have failed. Why should germs be moral? If I am a cosmic accident, why should I care about you? Why prefer life over death? What is so special about life? Why should a human being be valued over a stone?

Modern versions of secular humanism embrace this mechanistic or evolutionary description of our origins, and yet they do not follow through to the inevitable conclusion. Yes, all forms of humanism share a concern for humanity and its well-being, but apart from God there can be no lasting, permanent foundation for such a concern. Both Christianity and humanism seek the healing of estranged relationships, and both honor the dignity of the human being. However, their bases for dignity are radically different. The Christian sees the horizontal, interpersonal relation as inseparable from the vertical relationship with God.

To remain at the human, horizontal level is to neglect the path toward eternal human significance. To establish human dignity without acknowledging the God of creation, the humanist must act in an arbitrary and irrational fashion. If humans rose by chance from chaos, why should dignity be ascribed to them? Since the advent of the Christian faith, humanism has constantly incorporated Christian values and ethics while ripping the heart out of Christianity’s theological context. Yet that context is the only reason the values and ethics make sense. As a representative human, I resent the moral demands if someone tells me I “ought” to do this or that, without giving me any reason. Humanists have for no reason made dignity and value the “givens” of human experience. To be sure, our experience agrees with their assessment. It screams that life is valuable and that each person is a creature of immense worth and dignity. That scream is hollow, however, if it comes from a germ with no destiny but death.

Christianity teaches that human dignity is rooted in the holiness of God; it reflects God’s dignity. That is because human beings are made in the image of God (Gen. 1:27). The Creator, who possesses infinite value and worth, has stamped us with a value and dignity that is derivative of His own value and dignity. Lose that idea, and you have lost any transcendent, foundational reason to treat human beings any differently than you treat a dog, a dolphin, or even a weed. It is no accident that the two greatest commandments are love of God and love of neighbor (Matt. 22:34–40). You cannot have the latter without the former and those who truly have the former will also have the latter, for if we love the God of infinite dignity, we will also love people because they reflect, however imperfectly, His dignity.

Our notions of dignity are ultimately based on God’s dignity and our being made in God’s image. Thus, we apply titles of dignity to people, but not to animals or other elements of creation. John Smith appears to sound more important when he is called “Dr. Smith,” “the honorable Congressman Smith,” or “President Smith.” But “Germ Smith” just doesn’t have the same ring. People do not build monuments to germs. Few people grieve when a fly dies.

This is not just a semantic or historical matter. The value difference between humanist and creation visions of human worth has profound significance. Martin Luther King Jr. did not give his life to advance the cause of equal civil rights for black germs. Many thousands now work tirelessly in the right-to-life movement, but not to save the lives of preborn viruses. Although at the gut level we automatically assume the dignity of human beings, it is pure nonsense apart from creation.

I know that secular humanism waxes eloquent about how important it is for us to be virtuous and how important it is for us to work for human dignity and for freedom and industry and love. But intellectually, I’ve never seen anything more pitiful than the type of philosophical humanism that tells us on the one hand that our origin as human beings is a cosmic accident, that we are grownup germs who have emerged fortuitously from the slime, and that we are destined ultimately to annihilation to nonbeing, to the abyss of das Nichtige, the nothingness, but that even so, we enjoy enormous significance in between our origin and our destiny. Talk about fantasy and wish projection. Talk about blind faith and leaping into absurdity. What could be more absurd than to celebrate the significance of grownup germs? I say candidly to the secular humanist: “Don’t come to me and tell me about human dignity, because I don’t care whether white germs or black germs sit in the back of the bus. And I don’t care about whose slime is blown away by a nuclear holocaust. If I’m going to care about human beings and about human dignity, I want a reason.”

If you call me to sacrificial, altruistic action in behalf of human beings, you better have a reason. And it should be greater than simply, we should be for people because we’re people. Because unless we can establish that it means something to be people, it’s pure emotion. And rights granted on the basis of pure emotion ultimately unravel. What emotion gives, it can also take away. But if our human dignity is given by God and that is recognized by our culture, then we have fundamental human rights that inform how we treat other people under the law and even one on one at the personal level.