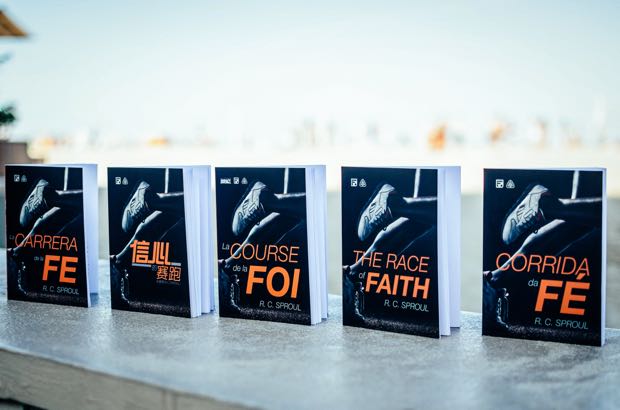 Darkness settles over the city of Rio de Janeiro as another day of outreach draws to an end. Hundreds of thousands of resources have been distributed, including physical books in five languages, ebooks in six, and information brochures which accompany the download cards.

Everyone discusses the necessity of staying safe on the streets of this bustling city, but few talk about the possibilities of the people one might meet. This past week, our team handed resources to a gold medalist from the Middle East, two men from a German rowing team, a Messianic Jewish street preacher who listens to R.C. Sproul on the radio, and thousands of other men and women whose names may never make the news, but whose souls are no less significant.

In these weeks of the 2016 Olympic Games, a door has been flung wide open here in Rio. Boxes of books are counted, and volunteers rip them open on the pavement or a bench, sharing handfuls with one another as they spread out to cover a location. Back at headquarters, a small team communicates with churches who request resources, provide information to individuals who offer to help in distribution, track the progress of the work, and update social media with pictures and videos. 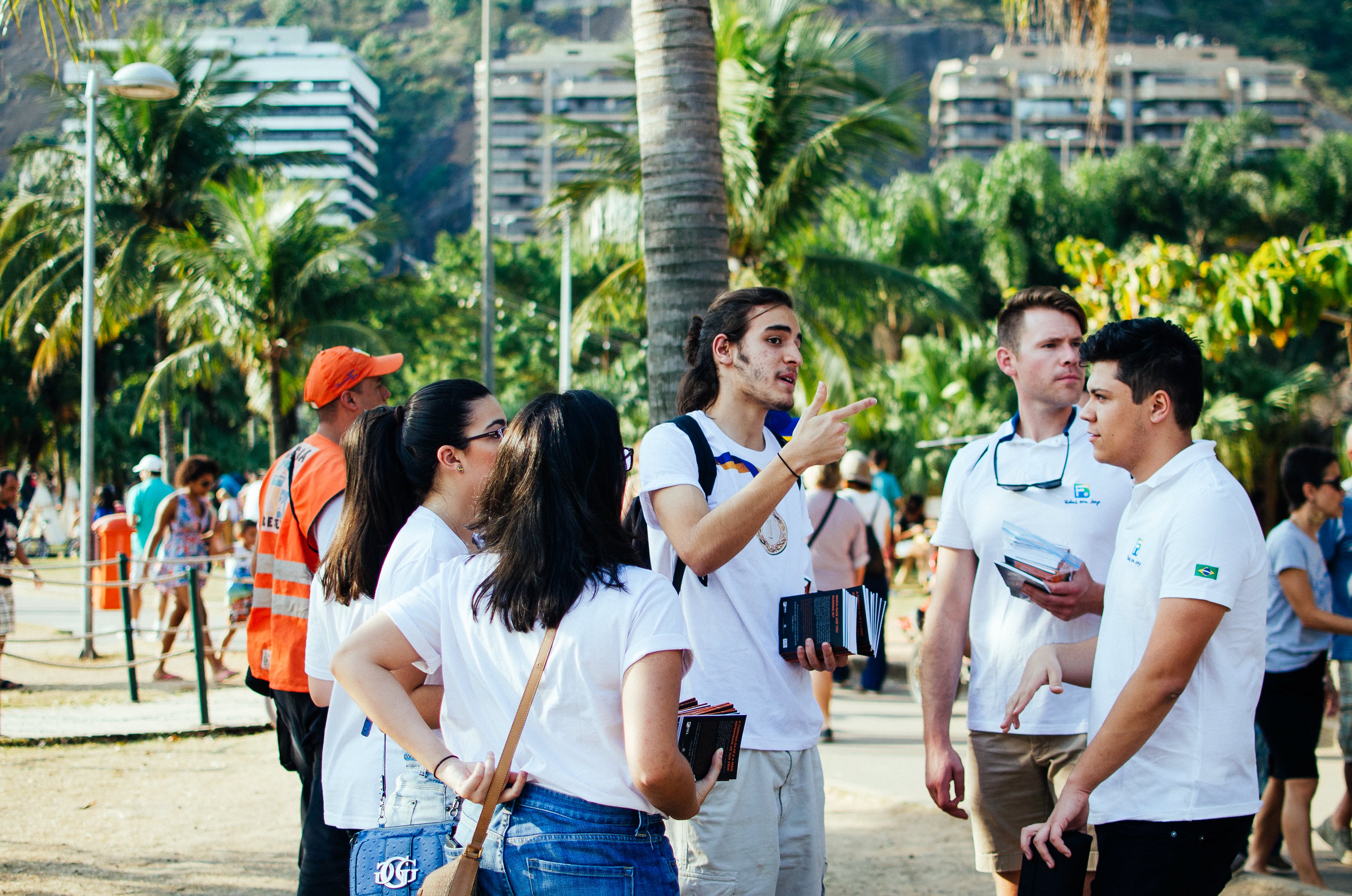 While televisions across the globe tune into stadiums and arenas nestled among the skyscrapers, angular streets, sweeping beaches, apartment buildings, and surrounding hills of this renowned city, the church mobilizes its members. Men, women, and children gather at the entrance of the Olympic Park, in the famous lakeside park of Lagoa, at the very feet of Cristo Redemptor atop the hill, in various international houses across the city, on Copacabana beach, among sprawling favelas, and in many other locations—all for one common purpose.

The opportunity is great, and God has uniquely equipped the church here in Brazil for such a time as this. Decades of ministry have enabled Fiel to develop relationships with churches all over the country, and as these two historic weeks approached, Ligonier and 9Marks provided Fiel with evangelistic resources fitted for the occasion. The World Cup two years ago provided a perfect chance to demonstrate such an operation on a smaller scale, and much logistical planning took place over the past months to ensure for efficient placement of materials, as well as good communication between drop points as the outreach progressed. 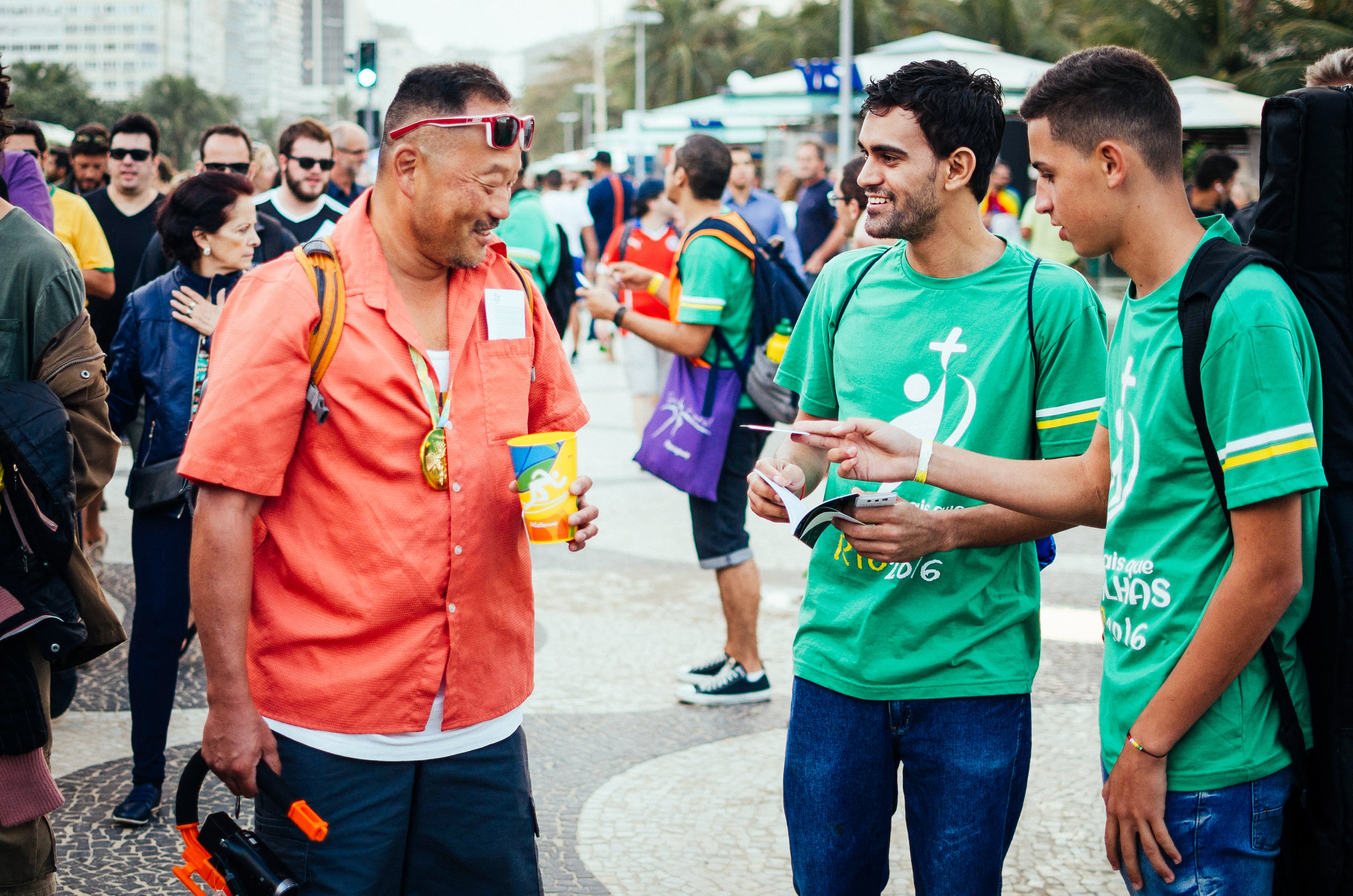 In Matthew 28, Jesus called His church to go into all nations, and during these two weeks, His people in Brazil possess the opportunity to reach the ends of the earth within their very borders. The body of Christ has flooded out the doors of their churches and into the streets. To watch them put the gospel message in the hands of crowds who brush past is a beautiful sight indeed, and the words of C.S. Lewis come to mind when he said “There are no ordinary people. You have never talked to a mere mortal. Nations, cultures, arts, civilizations — these are mortal, and their life is to ours as the life of a gnat. But it is immortals whom we joke with, work with, marry, snub, and exploit — immortal horrors or everlasting splendors.”

The Games will come to an end; the medals count will be finalized, cheered, and then slowly forgotten. Please join us in praying that the eternal fruit of these days will multiply as our books are opened, as cell phones complete downloads, and as conversations take place on the sidewalk. From our perspective, we may know little about the real effects, but we hold to the promise of our God that His Word will not return void, and in this, we are emboldened to go forth and proclaim truth to all people.

Thanks to your generous support, we’ve distributed hundreds of thousands of copies of Dr. R.C. Sproul’s new book, The Race of Faith. Download your copy here.

Simona Spear is a graduate of Reformation Bible College and is currently serving as an intern with Editora Fiel in Brazil.