Top 5 Commentaries on the Book of Revelation

Preparing a “Top 5” list of commentaries on the book of Revelation is extremely challenging in a number of ways. Commentators differ on many basic issues, from the structure of the book (recapitulation, chronological ordering, telescoping, etc.) to the basic interpretive approach (futurist, preterist, historicist, idealist, eclectic) to its date of composition (which itself affects one’s interpretive approach). All of these differences and more mean that it is very rare for someone to find a commentary on Revelation with which they agree on every point. I cannot point to a single commentary with which I agree entirely. My own understanding of the book is set forth in a very summary manner in the last chapter of my book From Age to Age (a chapter that is not intended to be read until all of the other chapters have been completed).

I have found very helpful material in a number of commentaries that approach the book from a different perspective than my own. In short, this “Top 5” list will be a bit different from all of the others in that these five commentaries are not listed in any particular order. I have merely listed five that I regularly consult for different reasons. They are not by any means the only five commentaries a student of Scripture should consult. For more, see the “Runners Up” section following the Top 5 list. 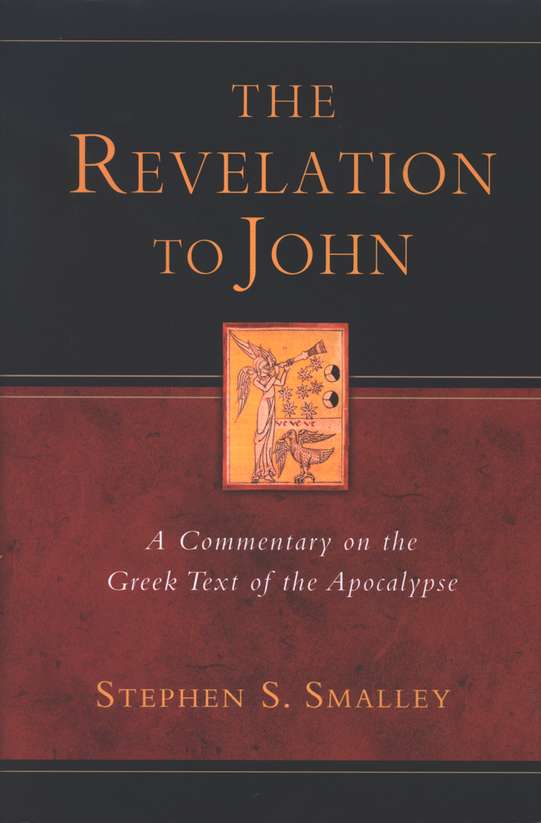 I include Stephen Smalley’s commentary on Revelation in this Top 5 list because I believe his view of the dating of the book is essentially correct. In his commentary, and more fully in his book Thunder and Love, Smalley argues that the book was written in the reign of Vespasian (AD 69-79), just before the fall of Jerusalem to Titus in AD 70. As I explain in my own book, this view of the date of Revelation fits very well with several pieces of evidence, including what John writes in Rev. 17:9-11. I cannot wholeheartedly recommend this commentary as the best, however, because I differ with Smalley’s interpretive approach. Despite the fact that his view of the book’s date lends itself to a basically preterist view, Smalley follows Beale in taking a modified idealist approach. I agree with Bauckham that it is a very serious mistake to understand the images of Revelation as timeless symbols. It would be the same as if we were to interpret Jeremiah’s very specific prophecies about the coming destruction of Judah by Babylon in an idealist manner. John’s book is also a prophecy, and like Jeremiah, it too has a specific historical context. 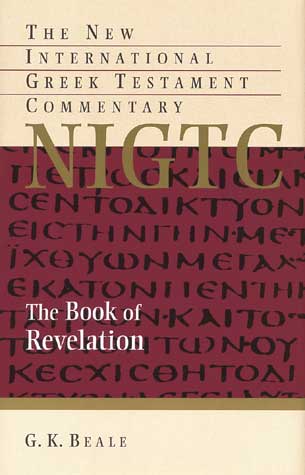 Many Reformed and evangelical scholars argue that Beale has written the best available contemporary commentary on Revelation. In many respects, it is outstanding. Beale’s commentary is the place to turn for insight on the many Old Testament allusions and echoes in the book of Revelation. My fundamental reservation about the book has to do with Beale’s modified idealist approach. Revelation is a prophecy (1:3; 19:10; 22:7, 10, 18, 19). We do not interpret Old Testament prophetic books in an idealist manner. They were written to specific people in a specific time and place, often referring to specific imminent judgments and promising a time of restoration in the distant future. Revelation is very similar in that it is dealing with the imminent destruction of Jerusalem and the restoration that will take place at the consummation. To interpret it in an idealist manner is to decontextualize it. In spite of this, Beale’s commentary contains a wealth of information and should be consulted by any serious student of Scripture. 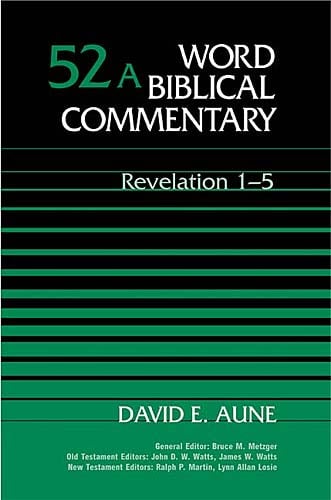 David Aune’s massive commentary on the book of Revelation is another that should be consulted by every serious student of Scripture. The strongest point of Aune’s commentary is the amount of information it contains regarding relevant extrabiblical literature that sheds light on the historical context. Regarding the date of the book, Aune takes a slightly complicated view. He believes the book went through stages of composition. He argues that Revelation 1:7 -12a and 4:1 - 22:5 were probably composed around AD 70, but he believes the final edition of the book was put together during the reign of Trajan (AD 98-117). The primary problem with this commentary, however, is that it loses sight of the forest for all the trees. Aune is very helpful with the details of the text and the details of extrabiblical literature. He is not as helpful when it comes to the point of understanding what the book means, its message and theology. He looks closely at the brush strokes, but he looks so closely that he can’t see the big picture. 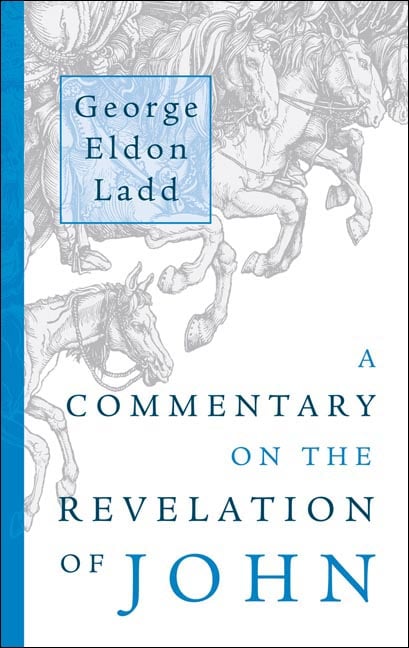 Some readers may be surprised that I would recommend Ladd’s commentary since Ladd is an historic premillennialist. Despite differing with Ladd’s millennial view, I believe his commentary still contains a wealth of interpretive insight. Ladd describes his interpretive approach as a blending of the preterist and futurist methods, which means that he recognizes the relevance of the immediate historical context. His dating of the book during the reign of Domitian, late in the first century, causes some problems, but this classic commentary is still worth consulting. 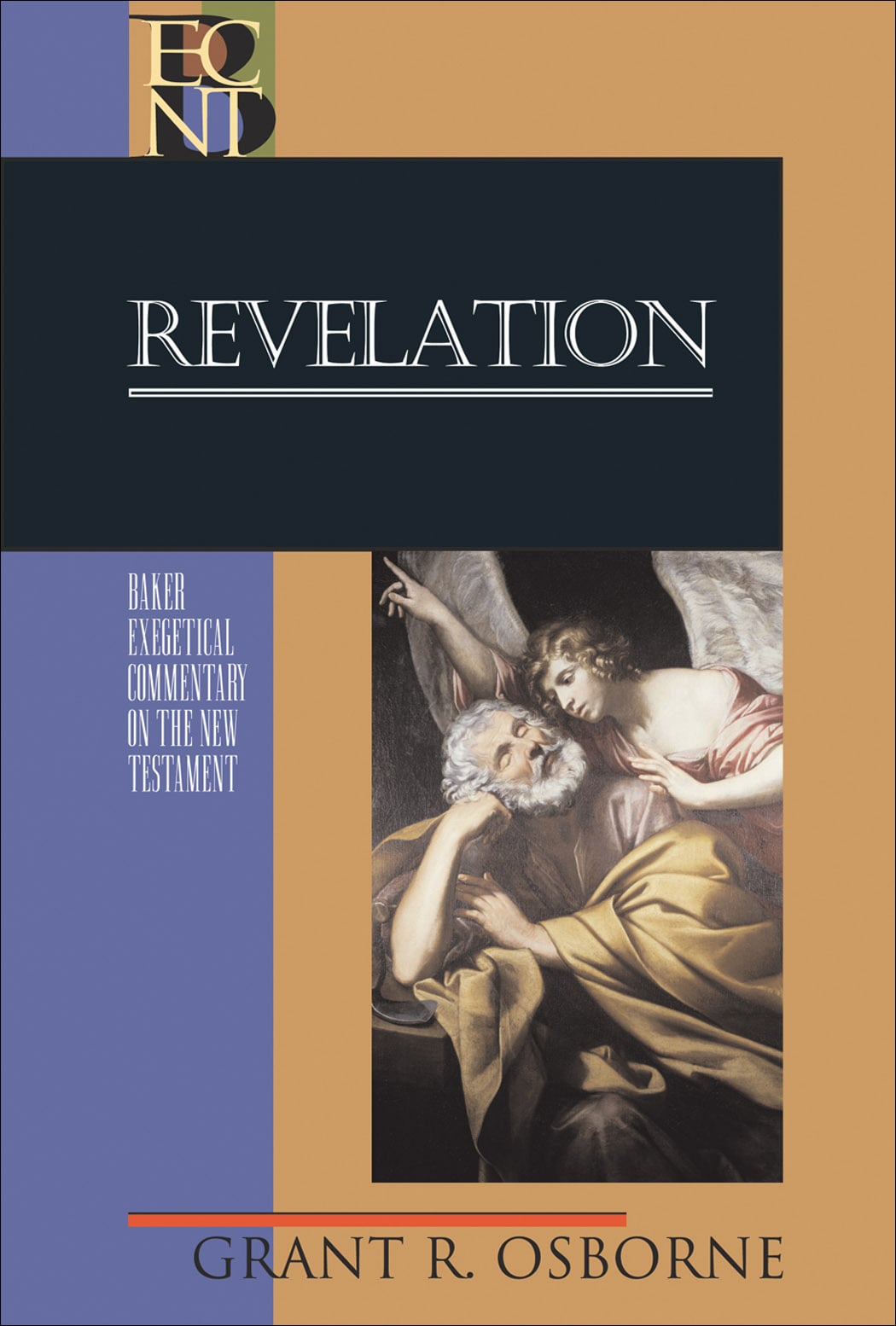 Like Ladd, Osborne is a premillennialist, and like several recent authors, he takes an eclectic approach to the book of Revelation. In Osborne’s case, he takes an eclectic approach with an emphasis on the futurist position. Osborne’s commentary is particularly helpful in providing historical background information on the people, places, and things mentioned in the biblical text. Like most commentators, Grant too easily dismisses the arguments for an early date of the book, but the commentary is still well worth consulting.

There are a number of other helpful commentaries on the Book of Revelation including those by Robert Mounce, Ben Witherington, G.B. Caird, Craig Keener, Leon Morris, William Hendriksen, Simon Kistemaker, Vern Poythress, and Dennis Johnson. If you can locate a copy, David Clark has written a basically preterist commentary on Revelation entitled The Message From Patmos.

Although it is not a commentary, I would be remiss if I did not mention the classic little book by Richard Bauckham titled The Theology of the Book of Revelation. If you are interested in understanding Revelation, Bauckham’s book is a must-read. Bauckham also contributed the commentary on Revelation to The Oxford Bible Commentary edited by Barton and Muddiman.