Soli Deo Gloria: To God Alone Be the Glory 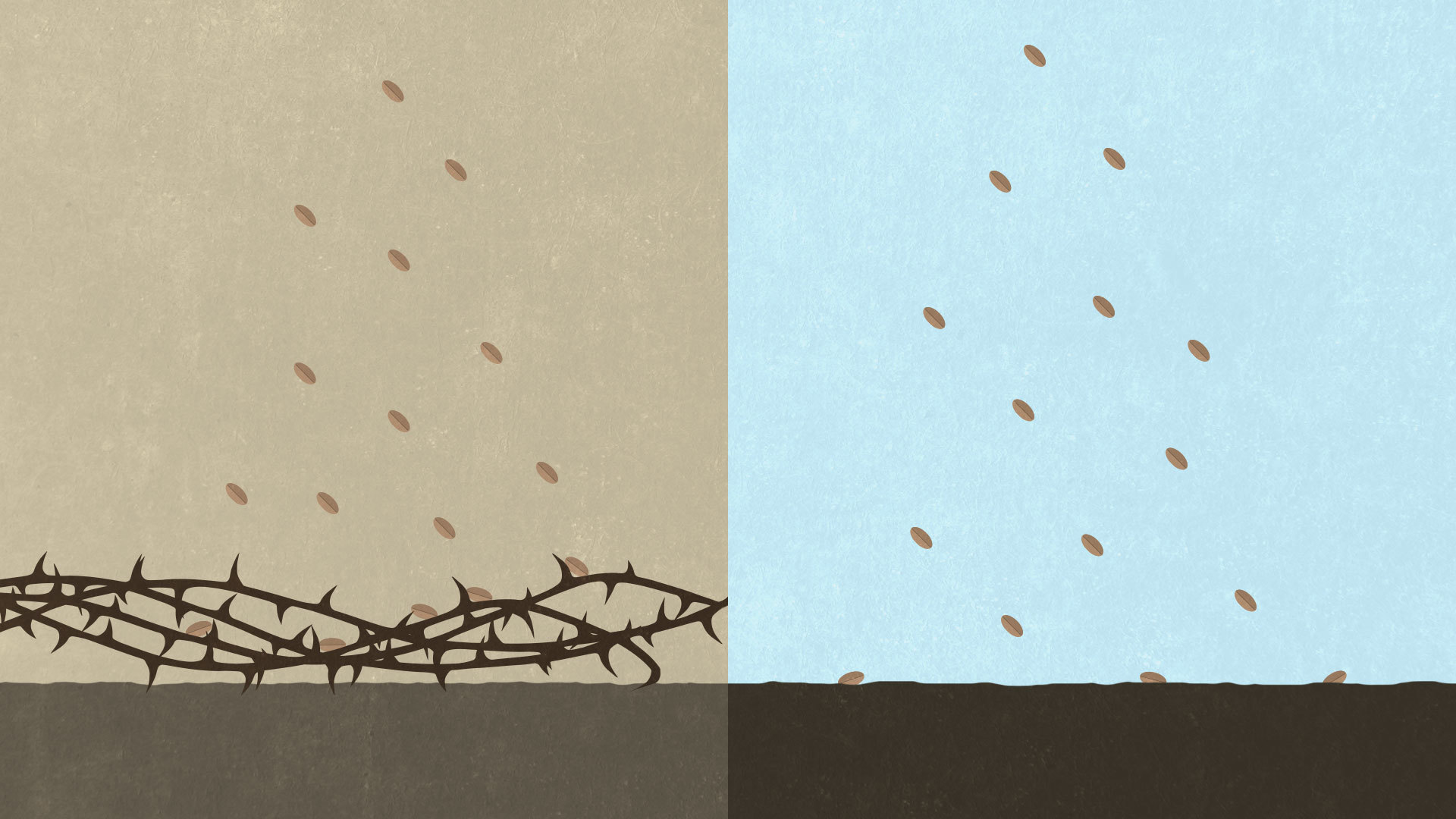 Soli Deo gloria is the motto that grew out of the Protestant Reformation and was used on every composition by Johann Sebastian Bach. He affixed the initials SDG at the bottom of each manuscript to communicate the idea that it is God and God alone who is to receive the glory for the wonders of His work of creation and of redemption. At the heart of the sixteenth-century controversy over salvation was the issue of grace.

In the parable of the sower we see that regarding salvation, God is the one who takes the initiative to bring salvation to pass. He is the sower. The seed that is sown is His seed, corresponding to His Word, and the harvest that results is His harvest. He harvests what He purposed to harvest when He initiated the whole process. God doesn’t leave the harvest up to the vagaries of thorns and stones in the pathway. It is God and God alone who makes certain that a portion of His Word falls upon good ground. A critical error in interpreting this parable would be to assume that the good ground is the good disposition of fallen sinners, those sinners who make the right choice, responding positively to God’s prevenient grace. The classical Reformed understanding of the good ground is that if the ground is receptive to the seed that is sown by God, it is God alone who prepares the ground for the germination of the seed.

The biggest question any semi-Pelagian or Arminian has to face at the practical level is this: Why did I choose to believe the gospel and commit my life to Christ when my neighbor, who heard the same gospel, chose to reject it? That question has been answered in many ways. We might speculate that the reason why one person chooses to respond positively to the gospel and to Christ, while another one doesn’t, is because the person who responded positively was more intelligent than the other one. If that were the case, then God would still be the ultimate provider of salvation because the intelligence is His gift, and it could be explained that God did not give the same intelligence to the neighbor who rejected the gospel. But that explanation is obviously absurd.

The other possibility that one must consider is this: that the reason one person responds positively to the gospel and his neighbor does not is because the one who responded was a better person. That is, that person who made the right choice and the good choice did it because he was more righteous than his neighbor. In this case, the flesh not only availed something, it availed everything. This is the view that is held by the majority of evangelical Christians, namely, the reason why they are saved and others are not is that they made the right response to God’s grace while the others made the wrong response.

We can talk here about not only the correct response as opposed to an erroneous response, but we can speak in terms of a good response rather than a bad response. If I am in the kingdom of God because I made the good response rather than the bad response, I have something of which to boast, namely the goodness by which I responded to the grace of God. I have never met an Arminian who would answer the question that I’ve just posed by saying, “Oh, the reason I’m a believer is because I’m better than my neighbor.” They would be loath to say that. However, though they reject this implication, the logic of semi-Pelagianism requires this conclusion. If indeed in the final analysis the reason I’m a Christian and someone else is not is that I made the proper response to God’s offer of salvation while somebody else rejected it, then by resistless logic I have indeed made the good response, and my neighbor has made the bad response.

What Reformed theology teaches is that it is true the believer makes the right response and the non-believer makes the wrong response. But the reason the believer makes the good response is because God in His sovereign election changes the disposition of the heart of the elect to effect a good response. I can take no credit for the response that I made for Christ. God not only initiated my salvation, He not only sowed the seed, but He made sure that that seed germinated in my heart by regenerating me by the power of the Holy Ghost. That regeneration is a necessary condition for the seed to take root and to flourish. That’s why at the heart of Reformed theology the axiom resounds, namely, that regeneration precedes faith. It’s that formula, that order of salvation that all semi-Pelagians reject. They hold to the idea that in their fallen condition of spiritual death, they exercise faith, and then are born again. In their view, they respond to the gospel before the Spirit has changed the disposition of their soul to bring them to faith. When that happens, the glory of God is shared. No semi-Pelagian can ever say with authenticity: “To God alone be the glory.” For the semi-Pelagian, God may be gracious, but in addition to God’s grace, my work of response is absolutely essential. Here grace is not effectual, and such grace, in the final analysis, is not really saving grace. In fact, salvation is of the Lord from beginning to end. Yes, I must believe. Yes, I must respond. Yes, I must receive Christ. But for me to say “yes” to any of those things, my heart must first be changed by the sovereign, effectual power of God the Holy Spirit. Soli Deo gloria.