A Shocking Day That Neither Shocked nor Surprised God 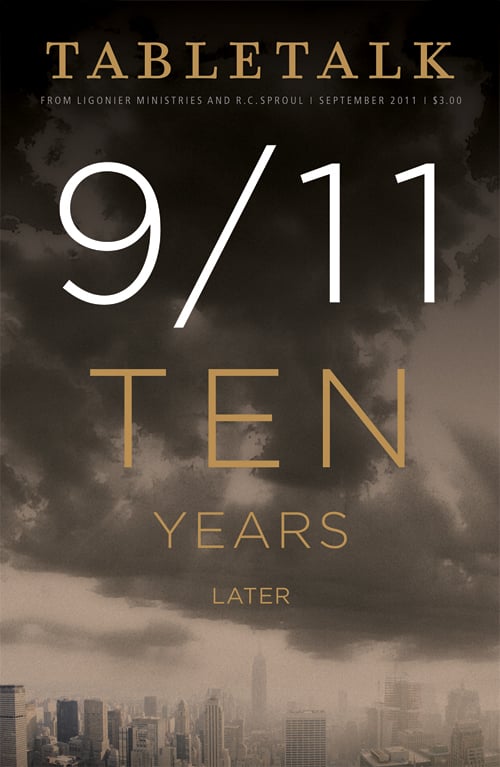 We can all remember where we were and what we were doing on that day. September 11, 2001 remains a truly horrific day in America’s history.

As last September marked the tenth anniversary of those terrorist attacks, Tabletalk magazine devoted that month’s issue to examining the decade that followed 9/11, paying special attention to America’s response and the advance of the gospel in light of such horror.

Burk Parsons, editor of Tabletalk, took the opportunity to remind Christians of this bedrock truth:

“Although the horrific events of September 11, 2001, sent shock waves throughout the world, our sovereign God was neither shocked nor surprised, and though the world has changed and will continue to change, the one and only God of the Bible has not changed but is forever changing His world by building His kingdom through the advance of the gospel by His sovereign hand and for His own glory.”

As we did last year, we are again making the September 2011 issue of Tabletalk available as a free digital download so you can learn how to interpret and react to the various issues brought into sharp focus by that dark day. Click the links below to download the digital version to your computer or digital reader.

If you need a free reader you can try Adobe Reader, Adobe Digital Editions, or the Kindle app. The September 2011 issue of Tabletalk is also available from the Ligonier Store.