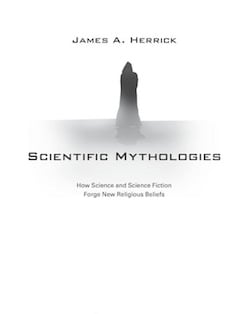 Romans 1 is a pivotal text for many reasons, not the least of which is the description that it provides of those who suppress the knowledge of God. The text depicts these individuals as those who “changed the glory of the incorruptible God into an image made like corruptible man — and birds and four-footed animals and creeping things.  Therefore God also gave them up to uncleanness, in the lusts of their hearts, to dishonor their bodies among themselves…” (Rom. 1:23-24). Suppression of the truth manifests itself in two ways, first in the desire to eradicate any residual reminders of the Creator/creature distinction and second, in a reconstruction of an alternative worldview to replace that which was jettisoned.

Suppression of the truth will always result in a vacuum that cries out to be filled with an alternate worldview. Peter Jones of truthXchange has provided ample evidence that that which fills the vacuum always tends toward monism, the belief that all the answers are within creation rather than from without. And, though these worldviews are given different names, they possess a marked similarity to one another whether found in early Gnosticism, Eastern Pantheism or Western New Age Philosophy.

The most recent iteration is described in great detail by James Herrick, the Guy Vander Jagt Professor of Communication at Hope College in Holland, Michigan. Herrick’s book, Scientific Mythologies (InterVarsity Press, 2008), is a hard-to-put-down explanation and analysis of the latest Western mythology.

Whether due to recent devastating criticisms from the Intelligent Design movement or the fact that very few scientists are willing to embrace the necessarily pessimistic consequences of pure materialism, more and more scientists and westerners are opting for an alternative paradigm that comes complete with its own cosmology, anthropology, soteriology, and eschatology.

The new mythology occurs in the synthesis of science and science fiction. Though seemingly bizarre bedfellows (the former insisting on rationality and empirical verification, the latter on pure conjecture and wishful thinking), the combination actually makes an amazing endeavor to construct a philosophical alternative to Christianity.

The new mythology attempts to undermine biblical truths in most of the major areas of philosophy and theology, and replace them with substitutes that are compatible with a man-centered worldview. Herrick catalogs these subversions in a series of chapters that cover everything from origins to destinies.

As for origins, we no longer have to live with the nihilistic consequences of accidental development (though evolution does come in through the back door later). We have, they teach, been covertly planted here on the earth by aliens. Even scientists such as Sir Francis Crick, co-discoverer of the double-helix structure of the DNA molecule, are suggesting “earthly life arrived here from outer space, perhaps by alien design.”

But that is not all. Whereas Christians recognize the need for information from outside themselves in the form of special revelation from God (i.e. the Bible), the new mythology looks for information from our alien ancestors from whom we hope to learn more about our own origins, ourselves and our futures. Think this is far out? Even NASA has a small plaque on their voyagers with a “we are here” sign in hopes of finding our ‘distant’ relatives. Herrick describes the scientific mythology’s cosmology and revelation with clarity and detail in his chapter “The Myth of the Extraterrestrial.”

Herrick also gives a chilling description of the new anthropology and eschatology in the chapters entitled, “Mythology of the Myth of the New Humanity, ” “the Myth of the Future,” and “the Myth of the Spiritual Race.” In these chapters we learn of scientists armed with hyper-technology who are able to construct (through trial and error by the elite) the ‘superman’ that only Nietzsche could dream of. Though at the cost of unborn children and those others who are a burden on society, the ultimate human will have life everlasting through the technological innovations that will redeem him from his limited and currently hopeless estate. (Don’t miss that word ‘redeem’ – yes, they have a redemption plan.)

So there you have it. Science has triumphed once again by coming to the rescue of those who refuse to bow the knee to God. The new mythology provides an explanation of where you come from, why you are here, where you are going and how to get there. No need for repentance. No need for humility. In fact, hubris is the driving force of the new mythology.

The new mythology is ubiquitous. Herrick provides voluminous examples of individuals, institutions, movies, and books promulgating it (and some of which may surprise you!). Scientific Mythologies is a well-researched and captivating read. If you want to know what the enemy is up to in our time, you would do well to read this book and understand his newest (and oldest) strategy.