An Open Letter to My Pro-Choice Neighbor

We have been neighbors for many years, and on several occasions you have both expressed some consternation about my position on abortion. You have told me that when you have discussed this with our other neighbors, none of them can comprehend how I can take a position that “sets women’s rights back fifty years.” As you know, a few of our neighbors have even gotten angry, especially during those months leading up to elections, arguing that I want to let politicians control private medical decisions. 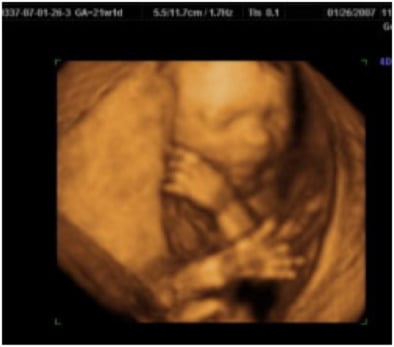 Abortion is, quite simply, the killing of a living human being.

There is no rational excuse for supporting abortion today. Every competent scientist knows what a human embryo is. Every competent scientist knows that conception is the time at which a new genetically distinct individual human being begins to live. They knew this in 1973, and they know this now. And if it is a living human being, no one has the right to kill it any more than they have the right to kill any other human being.

People continue to support abortion, however, because they have concluded that other “rights” are more basic and more fundamental than the right of a human being not to be killed. I am hardly exaggerating when I say that in our modern culture, the most fundamental and cherished of all “rights” is the right to engage in any kind of sexual intercourse imaginable without fear of consequences. And if the preservation of this “right” involves the killing of another human being, so be it.

You can easily find numerous quotations by prominent advocates of abortion, acknowledging that it is the killing of a human being. Most who support abortion, however, redefine the fetus and deny that it is fully human. History has not been kind to those generations who deprived certain people of their basic rights to life and who did so by defining them as less than fully human. When the history of our generation is written, will you be among those who shut their eyes to injustice on a massive scale, who looked the other way as human beings were systematically killed? Or will you be among those who spoke up for those who could not speak for themselves?

The fetus is a living individual human being. The unjust killing of a human being is murder. If these two statements are true, and both are true, then the only conclusion we can reach is that abortion is murder. You asked me why you should change your view of abortion. This is why.

Learn more about this issue in R.C. Sproul’s book, Abortion.