An Interview with Peter Hitchens 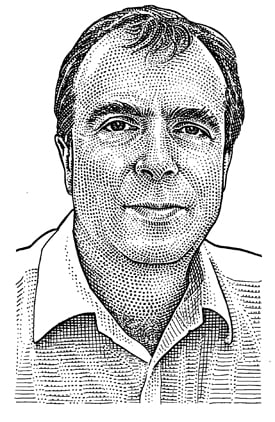 Many Christians are aware of the hostile atheism of Christopher Hitchens. However, few Christians are aware that his brother, Peter, was also for many years antagonistic toward Christianity and a self-avowed atheist like his brother. Unlike Christopher, however, Peter is a prodigal son who has returned home. The story of the way God used simple beauties, such as architecture and painting, to draw Peter to faith is truly moving. Many Christians have wondered what is going on inside the heads of atheists to make them so angry. In this interview from the June issue of Tabletalk Peter Hitchens gives us a glimpse into his life and thought as a Christian who was converted from atheism.

Tabletalk: Some of our readers will not have read your book, The Rage Against God: How Atheism Led Me to Faith, by the time this goes to print. Specifically, what are atheism’s three failed arguments?

Peter Hitchens: Atheism has dozens of failed arguments. The ones I felt qualified to deal with were these: that religion, and specifically Christianity, is a major cause of conflict; that an effective moral code can exist without a belief in the eternal; and my brother’s claim that the Soviet regime was religious in character.

Continue Reading “Old Answers to the New Atheism: An Interview with Peter Hitchens.”