Help Bring the Gospel to the Front Lines 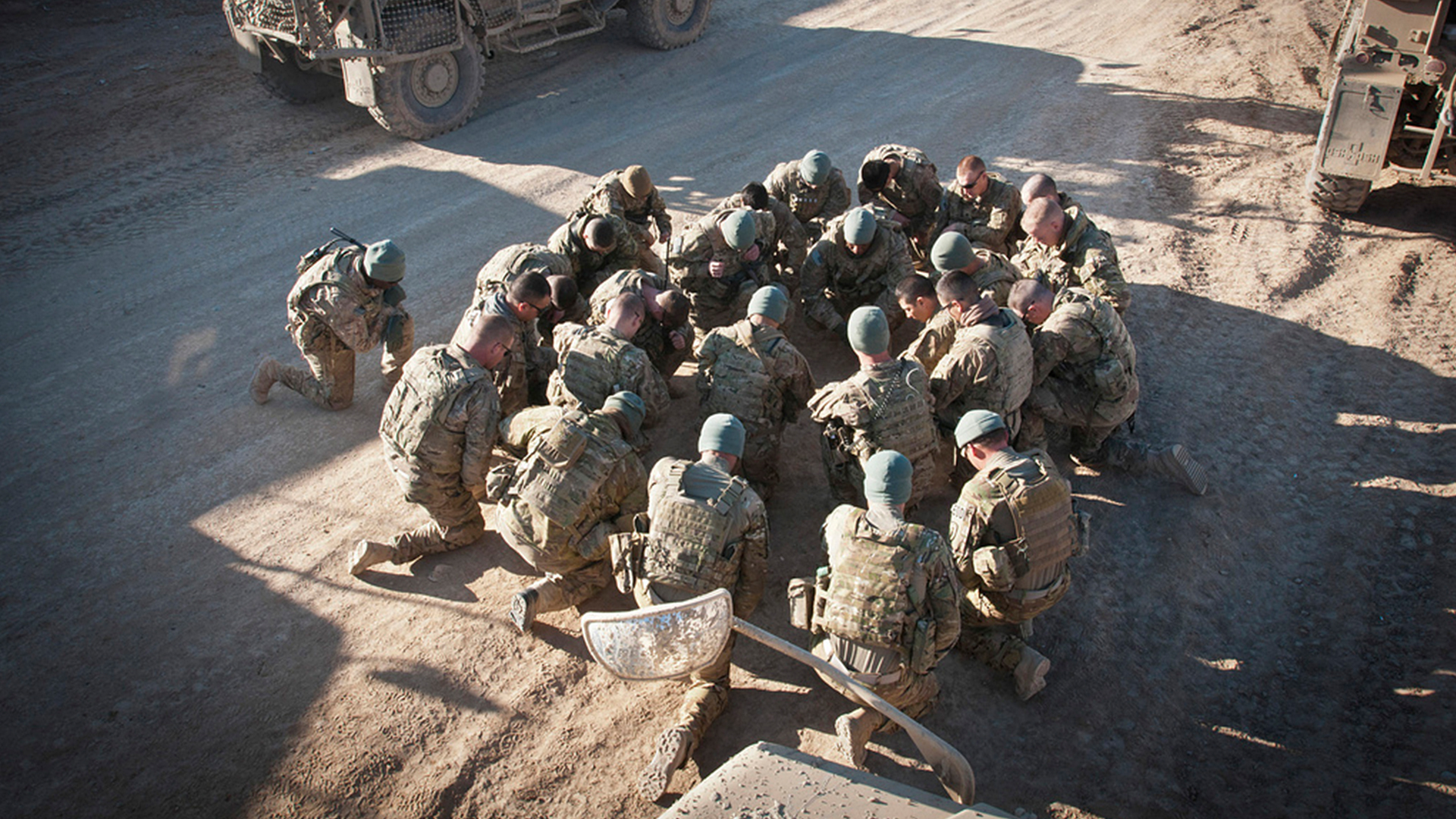 The military is a mission field and a spiritual battleground.

Around the world, the men and women who serve in the U.S. military dedicate their lives to protecting freedom. Through the struggles of war, injury, and multiple deployments, military chaplains are there to support the troops on the front lines. Yet chaplains rarely have enough resources to meet soldiers’ needs and often work without the support and encouragement of other mature Christians.

You can help support the military chaplains who support U.S. troops stationed around the world. By God’s grace, your support is providing books, teaching series, and much more to help chaplains minister to those under their care.

The goal is to help train soldiers to “put on the whole armor of God” (Eph. 6:11) and to proclaim the gospel to service members who may never have heard it. The strategy is simple: get the teaching resources that Ligonier has been producing for decades into the hands of servicemen and women. You can help keep this spiritual supply line running.

“These resources provide the unmatched combination of biblical faithfulness and intellectual stimulation that our soldiers both need and want.”
—CH (MAJ) Eric Leetch

This chaplain outreach is so important to Ligonier and was always dear to Dr. R.C. Sproul’s heart. A few years ago, we sat down with Dr. Sproul and Chaplain Jim Carter as they discussed how essential it is for the military to be spiritually fed and equipped.

Chaplain Carter, who was stationed between Saudi Arabia and Iraq during Operation Desert Shield, stood on the front lines of a spiritual battle. He recalls, “I had four months with me, the soldiers, camels—the whole nine yards. And I said, ‘Lord, what can I do?’” Then one day, he received a box full of copies of The Holiness of God and other trusted resources.

Another chaplain, John Sackett, told the story of one soldier who asked for something to read before leaving on a trip. Chaplain Sackett gave him two booklets by Dr. Sproul: How Can I Develop a Christian Conscience? and What Is the Church? The soldier came back later and asked to meet regularly. He had never taken his Christian faith seriously, but these booklets had shown him his need for discipleship so that he might lead his family well.

“This growing gold mine of material will bear fruit for eternity.”
—CH (MAJ) Mark

This important outreach to the men and women of the U.S. military is only possible thanks to the support of friends like you. When you pray for and give to this program, you encourage and strengthen those in harm’s way and on the homefront.

Because of your help, hundreds of chaplains are using Ligonier’s resources to minister to thousands of troops stationed in Iraq, Afghanistan, the Sinai Peninsula, Korea, Germany, the United States, and other regions throughout the world. Your gift of $25, $50, or $100 will allow this program to continue to flourish and send much-needed resource packages of teaching series, books, issues of Tabletalk magazine, and more.

Thank you for helping minister to the armed forces and equip them with the truth to win their spiritual battles. If you know a chaplain who would be interested in receiving our materials, please put them in contact with our team at chaplain@ligonier.org. We would be honored to serve them.