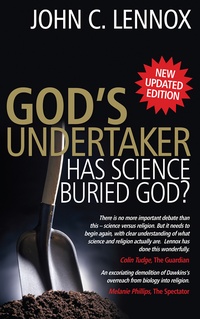 One of the most common ways of looking at the relationship between science and faith is the conflict thesis, which posits an inherent conflict between science and religion. The conflict thesis was popularized in the nineteenth century by John William Draper and by Andrew Dickson White. Despite the acknowledged poor scholarship underlying these works, the conflict thesis has persisted among both believers and unbelievers. Today, some scientists, including Peter Atkins, Daniel Dennett, and Richard Dawkins, are asserting that there should no longer be any conflict because science has shown us either that God does not exist or that God almost certainly does not exist.

Not all scientists adhere to the conflict thesis. There are believing scientists such as Francis Collins and John Polkinghorne who argue that science and faith are complementary. Others, such as the atheist Steven Jay Gould, argue that science and faith may coexist because they deal with completely separate subject matter, or in Gould’s terminology, “nonoverlapping magisteria.” In short, there is no agreement on the issue even among scientists. The views of men such as Dawkins, Dennett, and Atkins, however, have been the most publicized, and because of this, there are many who wonder whether science has in fact demonstrated that God does not exist.

There have been a number of books published in an attempt to answer this question. Many of them are quite good, but certainly among the two or three best is a recent lay level book by Dr. John C. Lennox entitled God’s Undertaker: Has Science Buried God? Dr. Lennox has earned doctorates from Oxford, Cambridge, and the University of Wales. He is presently a reader in mathematics at the University of Oxford and fellow in mathematics and the philosophy of science at Green College, Oxford. He achieved some recognition in the United States recently when he engaged in a highly publicized debate with Richard Dawkins in Birmingham, Alabama. God’s Undertaker is his response to the arguments made by dogmatic atheist scientists.

God’s Undertaker contains eleven relatively brief chapters. In his first chapter, Lennox demonstrates that the real conflict that exists is not between science and faith but between two competing worldviews: naturalism and theism. This is important because it is the unproven presuppositions of naturalism, rather than empirical evidence, that underlies many of the arguments made by atheistic scientists. In chapter 2, Lennox deals with the difficult and controversial issues surrounding the definition of “science,” while in chapter 3, he deals with the materialistic reductionism of some scientists. Chapter 4 examines some of the many facts about our universe, which, rather than pointing us away from the idea of God, actually provide evidence for God’s existence.

Most of the remaining chapters deal with various arguments related to biological science. Lennox examines and finds wanting the argument made by Dawkins and others that Darwin’s theory disproves the existence of God. In chapter 6, he looks closely at some of the numerous flaws that exist in the neo-Darwinian synthesis. Lennox recognizes that daring to question evolutionary orthodoxy will likely result in being declared a lunatic by the high priests of the Darwinist Inquisition, but he has prepared his own epitaph just in case: “Here lies the body of John Lennox. You ask me why he’s in this box? He died of something worse than pox, On Darwinism—heterodox.” The following chapters deal with the problems involved in a naturalistic conception of the origin of life and of the information in the genetic code, in particular the repeated use of “Darwin of the gaps” arguments by atheists. In chapter 10, Lennox provides devastating evidence of the self-contradictory nature of some of Dawkins’ suggestions as to how life could have originated.

Such topics have been dealt with many times in many books, but rarely have they been dealt with as well as they have been here. In contrast to the shrill and irrational ranting of several of the recent works written by the new atheists, Lennox deals with the subject calmly and rationally, dismantling point by point their often absurd assertions. This is one of those books that comes around every so often that you not only need to read but that you need to have your high school and college-age children and grandchildren read. The metaphysical claims of atheist scientists are one of the main challenges facing young people and adults alike today. Read this book and discover why so many of those claims are vacuous.