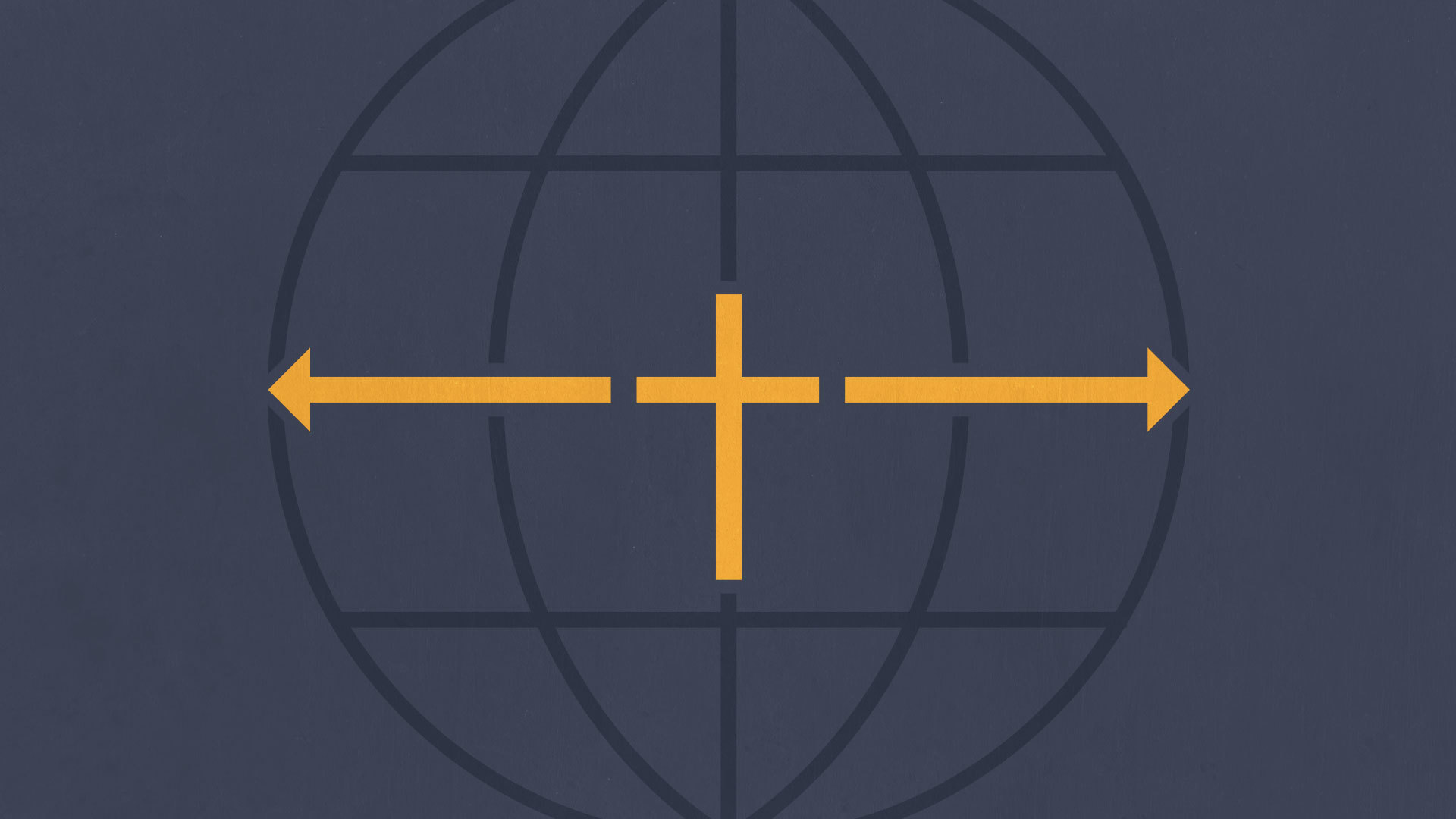 Around the world, the number of professing Christians is on the rise. The Center for the Study of Global Christianity now estimates that the number of evangelicals and Protestants will grow by 50 percent from nearly one billion to more than 1.5 billion by 2050. Meanwhile, the United Nations anticipates the growth of the global population will continue to accelerate, forecasting that two billion additional souls will inhabit the planet as we race toward 9.8 billion people in the next thirty years. Remarkably, more than 50 percent of this growth will come from only nine countries.

Over the last several years, my ministry responsibilities have taken me to five different continents to meet with pastors and various ministry leaders, faithful servants living out their callings in obedience to the Great Commission. Many of them are weary in their labors, toiling with a dearth of resources in the midst of tempestuous and often hostile circumstances. The majority have not been formally trained. The lack of academic institutions combined with meager finances often requires that they study whatever they can find. Yet, through the power of the Holy Spirit, they are faithfully stewarding the mysteries of God (1 Cor. 4:1–2) among those whom He numbered among the stars when He blessed Abraham (Gen. 15:5). Despite their circumstances, God’s Word is indeed accomplishing His purpose (Isa. 55:11). Jesus is building His church.

Not long ago, I attended a covert gathering of pastors and leaders serving in the Middle East and North Africa. The gathering was by invitation only, requiring background checks to ensure the safety of all attendees. Testimonies of God’s saving grace were often shared against the backdrop of persecution. Beatings, imprisonment, job losses, and ruptured familial relationships were only a few of the hardships our brothers in Christ shared. Many of those in attendance risked imprisonment or death if the nature of their Christian service were to be discovered by the Islamic tyrants of their home countries. Many left behind family and livelihoods to escape the death warrants placed on them since they became Christians. Some were living in countries where they could worship Christ without fear of death but continued to share the gospel with Muslims who had similarly fled the cruel living conditions. Their trauma-marked testimonies were defined by sober courage in the Lord. Their chilling testimonies of the enemy’s evil intentions became the fertile soil in which they exalted God’s good intentions (Gen. 50:20). They no longer suffered alone but participated together in the sufferings of Christ (2 Cor. 1:5).

One Moroccan pastor I had the privilege of meeting shared his story of pastoring multiple home churches. Due to Islamic government restrictions, Moroccan Christians are able to gather only in homes. Conversely, Christian foreigners can assemble and worship publicly as long as the pastor is also a foreigner. Thus, Moroccan Christians are not allowed to be publicly visible or worship with their foreign brothers and sisters in Christ. Further, the shortage of space in homes constrains gatherings to small groups, and therefore pastors commonly shepherd multiple home gatherings of ten to twenty-five people. For this particular pastor, a typical Sunday begins well before sunrise and ends well into the evening, enabling him to minister to three gatherings at separate times. He shared sobering stories of several members of his church who had been arrested and interrogated for converting to Christianity. Despite the difficult ministry circumstances, he became visibly emotional as he recognized God’s saving grace at work in His church. Though the number of foreign Christians is still thought to outnumber Moroccan Christians, it’s estimated that Christianity is on the rise in spite of the country’s laws against evangelism. To be a Christian and have a conversation that “shakes the faith of a Muslim” is a criminal act that carries a sentence of six months to three years in prison.

In another meeting, an Algerian pastor provided an eye-opening report on the status of the church in his country. Since late 2019, the government has launched a public assault against Protestant Christianity, closing several churches indefinitely. Less than fifty Protestant churches are publicly registered in Algeria. Each must register by law, and those approved are officially added to the Protestant Church in Algeria, a national denomination. In 2012, a law was passed that required all churches to register again every year to maintain their approved status. When the latest government assumed control, it seized an opportunity to demonstrate its allegiance to Islam by taking a harsher position against Christianity. As a result, many churches were denied registration. Nevertheless, these churches continued meeting for corporate worship, knowing the risks of the increasingly volatile atmosphere. When closures of the churches began, raids often occurred in the middle of Sunday morning worship services, providing a public spectacle intended to bring shame on all the members of the church. Any who resisted were arrested. As a result, several churches have been forced to disperse as local officials locked and chained the church’s doors, often placing armed military personnel on guard as a visual warning of Islam’s authority. More than a few pastors have been detained by the police, and Christians connected to these churches have experienced an elevated number of threats from the greater community. In all, more than a dozen churches have been closed, with many still closed at the time of this writing. Despite these hardships, it’s been estimated over the last decade that the number of professing Christians in Algeria has grown from ten thousand to more than a half million. That’s a 5,000 percent increase in the world’s second most populous Arab country.

Less than a year ago, I visited the beautiful country of El Salvador. As in other parts of Central America, God’s redemptive plan is being revealed in the midst of calamity as gangs and cartels wield their systemic influence. Every level of government has been infiltrated and affected by bribes and extortion. Kidnapping, drug and sex trafficking, and merciless killings between gangs are just a few sinister ways that people are victimized. Teens and preteens are targeted for recruitment, as more than 60 percent of gang members join before the age of fifteen. Even more astounding is that one study estimates at least 10 percent of El Salvador’s 6.5 million citizens are involved in gang activity of some form.

I had the privilege of meeting with one pastor who shepherds a Reformed congregation in the middle of San Salvador while also ministering to other pastors in the jungles and villages of Guatemala and Honduras. For nearly two decades, the Lord has been using this pastor to equip disciples to make disciples and plant churches while giving him countless opportunities to teach untrained pastors—some even coming to faith in Christ after hearing and believing the gospel for the first time. In his own community, he started a classical Christian school using a rigorous academic and Bible curriculum combined with fine arts. The school is essentially at capacity for all ages K–12, with nearly three hundred students meeting in a space that would fit into most American high school gymnasiums. Some students leave their homes by five a.m., navigating the dangerous public transportation systems and congested traffic to begin their classes as early as seven a.m. The school’s facility would not be ideal by most Western standards, but ingenuity is a friend of necessity. The administrators found a way to retrofit three adjacent buildings, former residences, to host their classes. The week before my arrival was Reformation Week. Many of the students were eager to share their love for Reformed theology by showing the Post Tenebras Lux (after darkness, light) banners they created to commemorate Martin Luther’s posting of his Ninety-Five Theses. These unforgettable interactions with the students were stirring and edifying examples of God at work as He uses His Word to shed light on those engulfed in darkness.

In the midst of my travels, I’m occasionally reminded of C.S. Lewis’ beloved classic The Lion, the Witch, and the Wardrobe, when Mr. Beaver tells the four children, “They say Aslan is on the move—perhaps has already landed.” Though Aslan was unknown to them, the mysterious weight of his name for the first time produced an unexpected and emotional reaction in each of the children. Time and time again, I hear the precious testimonies of our brothers and sisters in Christ, and my emotions remind me of this: Jesus is on the move. Jesus is building His church, the captives are being set free, and His church is being sent to the end of the earth (Acts 1:8). The gospel is going out to the least and the greatest. Christians are picking up their crosses and following Christ in the midst of almost certain persecution. Minds are being renewed (Rom. 12:2) through the faithful preaching and teaching of God’s Word and the ordinary means of God’s amazing grace.

As I’m reminded of their stories, it’s like cold water for my thirsty soul, good news from far countries (Prov. 25:25). Be encouraged. Take heart. Take action. Pray for our brothers and sisters in Christ. In some of the most restricted regions of the world, the work of God is flourishing. In many of the darkest regions around the world, the light of the gospel is shining forth. In all these places, brothers and sisters in Christ are laboring unto the Lord, and their labors are not in vain (1 Cor. 15:58). Nevertheless, while the harvest is plentiful, the laborers remain few (Luke 10:2).

When you financially support Ligonier Ministries, you’re supporting gospel outreach around the world. Now, your ministry reach can be extended further thanks to a special grant from the Love in Action Foundation. Multiply your impact today, unlocking more printed and digital resources to serve growing Christians around the world.