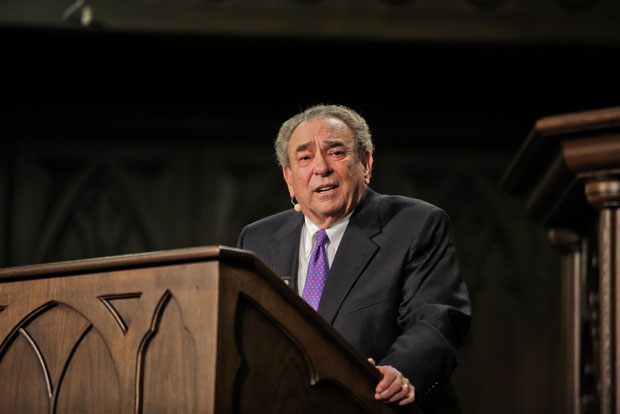 The past two days have seen Christians travel far and wide for our 2012 Fall Conference at Reformation Bible College (RBC). These Christians toured RBC, met the faculty, walked the Ligonier campus, and enjoyed teaching and fellowship focused around our conference theme of “Surprised by God.” 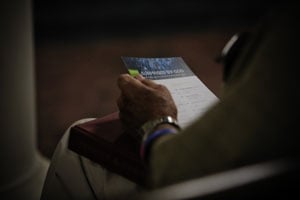 The morning began as George Grant discussed the development of Christian literature in the twentieth century, and the powerful impact it continues to have today.

Stephen Nichols then focused on the doctrine of Scripture, showing us that the issue has evolved from being one of a scientific debate, to which inerrancy was the answer, to the challenge of the sufficiency of Scripture. “The grass withers, the flower fades, but the word of our God stands forever” (1Pet. 24-25, Isa. 40:8).

R.C. Sproul Jr.’s message was a call for all Christians to wonder before the magnificence of God’s love, the beauty of His creation, and to trust in Him as our true Father in heaven. 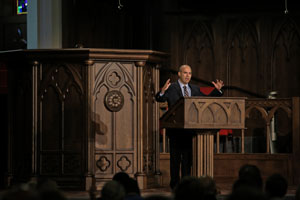 With Exodus 40 as his prmary text, Michael Morales then presented the significance of the shekinah glory as seen in the Old Testament manifestation of the presence of God. He concluded by showing us that because of Christ our humanity has now become the dwelling place of God.

R.C. Sproul closed the conference teaching from Isaiah 6:1-3. He addressed the issue of the universal problem of mankind’s blindness to the glory of God. He reminded us that even though all creation may be seen as a theatre to display the wonder, beauty, and glory of God, the natural man sees not because he can’t stand to.

God always chooses the most unlikely of champions to carry forth the greatest of news. —George Grant #lmfc

God, the great Shepherd, will gather us into His bosom and see to it that we will get home. —Stephen Nichols #lmfc

Wonder is what grows out of a profound experience of how small you are, and how big God is. —@rcsprouljr #lmfc

Christ, like the tabernacle, is both the dwelling of God and the way to God. —Michael Morales #lmfc

When the light comes in on our fallen humanity we have a preference, the darkness. —R.C. Sproul #lmfc

As our 2012 Fall Conference at Reformation Bible College comes to a close, our prayer is that those who attended will walk away humbled, recognizing their position as creatures before our transcendent and holy Creator, and amazed at God’s glory.

Lord willing, all of the sessions from this conference will soon be available to stream for free at Ligonier.org. Stay tuned for an announcement.