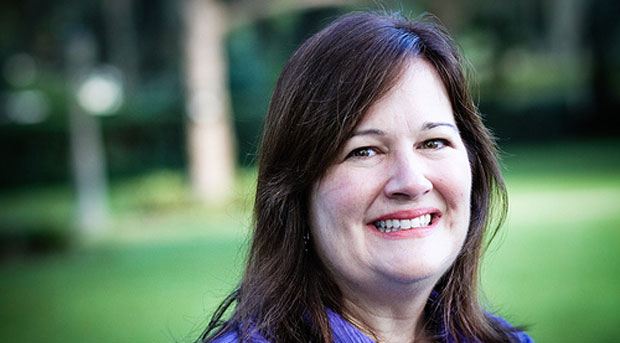 This morning a memorial service was held for Denise Sproul at Saint Andrew’s Chapel in Sanford, Florida. Her father-in-law, Dr. R.C. Sproul, gave a meditation from Philippians 1:19-26:

“For I know that this will turn out for my deliverance through your prayer and the supply of the Spirit of Jesus Christ, according to my earnest expectation and hope that in nothing I shall be ashamed, but with all boldness, as always, so now also Christ will be magnified in my body, whether by life or by death. For to me, to live is Christ, and to die is gain. But if I live on in the flesh, this will mean fruit from my labor; yet what I shall choose I cannot tell. For I am hard-pressed between the two, having a desire to depart and be with Christ, which is far better. Nevertheless to remain in the flesh is more needful for you. And being confident of this, I know that I shall remain and continue with you all for your progress and joy of faith, that your rejoicing for me may be more abundant in Jesus Christ by my coming to you again.” — Philippians 1:19-26

Let us pray. Our Father and our God, You have declared to us that it is better to go to the house of mourning than to spend our time with fools. And even now we are in that house of mourning. But we mourn not as those who have no hope. But rather we weep with those who weep, and we rejoice with those who rejoice knowing that you have decreed from eternity that all things work together for good for those who love You and who are called according to Your purpose. For that we are profoundly and eternally grateful. Amen.

Paul was writing to the Philippians from prison. This was not his final imprisonment that he endured before his execution under the beast, Nero of Rome. But he wrote to this church in Philippi, and he declared to them his joy in the midst of sorrow saying to them, “I rejoice in my condition; therefore, you should rejoice as well.” And he remarks here in verse 19, “I know that this will turn out for my deliverance.” By what means? “Through your prayer and through the supply of the Spirit of Jesus Christ.” And he said “According to my expectation, nay, my earnest expectation and hope that in nothing I shall be ashamed, but with all boldness, as always, so even now Christ will be magnified in my body whether by life or by death.”

If anyone ever probed the depths and the riches of the mystical union that exists between Christ and His people, it was this Apostle. And from the day of his conversion on the road to Damascus, he simply no longer was living for his own glory. It’s not merely that his life was changed by Christ, but beloved, from that moment on Paul’s life was defined by Christ. That kind of life in our culture today is politically incorrect. The media would refer to it as right-wing extremism and dangerous. Well the Apostle Paul was dangerous. It was through the power of God he turned the Roman Empire upside-down. There was a reason why Nero in his madness had him executed. Because for Paul, to live was Christ.

In the years that I spent teaching in seminary, we would prepare students for ministry with academic disciplines in theology, biblical studies, church history, apologetics, philosophy, that sort of thing. But in addition to those disciplines, we would provide courses in what we called “practical theology” to help the students understand how to administer the sacraments and how to visit people in the hospital. But a question I was frequently asked by seminarians was this: “What do you say when you visit people who are bereaved at a funeral service or during visiting hours at a funeral home—what do you say?” And I would answer that question two ways. First thing I would say to them is that there is no script that has been given to us from heaven on what you’re supposed to say to people who are in the midst of grieving. There’s no rehearsed speech that you can take with you into the funeral home. And the second thing I said was that it really doesn’t matter what you say. In fact, you don’t have to say anything. Just be there. Put your arm around those who are in pain.

Yesterday afternoon and last evening when we were at the Baldwin-Fairchild funeral home, as our son and his children, Denise’s parents, siblings, and friends were all there, people came from all over this country and said all kinds of different things. But you know the thing that people said more than any other thing that I heard? Here’s what they would say: “I’m very sorry for your loss.” And that was meaningful to me—to our family. Because for that question our loss was enormous; losing his wife was an immeasurable loss for our son; losing their mother, an unspeakable loss for her children, for her parents, for her sister, siblings, and all of her friends. And it was true.

But each one of these people have experienced a profound loss. Husband, children, parents, brother, sister—loss. The only person in the whole mix that didn’t experience loss was Denise. Because she is a Christian, to die is gain. Loss for us, but gain for her.

Then Paul goes on to say, “But if I live on in the flesh, this will mean fruit from my labor; yet what I shall choose I cannot tell. For I am hard-pressed between the two, having a desire to depart and be with Christ, which is far better. Nevertheless to remain in the flesh is more needful for you.” So Paul writes to the Philippians about his ambivalence—an ambivalence with a vengeance; an ambivalence so powerful that he said, “I’m torn—ripped apart between two options. On the one hand, what I’d like to do is leave.” The word there in the text is the word that the sailors of antiquity used to weigh anchor, to leave this port and go to a destination that we have planned.

In that prison cell Paul was writing to his friends saying, “If all things were equal, I’d just assume get out of here and leave and depart because I know that if I’m absent from the body, I am present with the Lord. If I leave this veil of sorrows, if I leave this place of shipwreck and beatings, hostility and fighting with wild beasts, I go to be in the presence of Jesus to bask in the radiance of the refulgent glory of His face in heaven. To see it once is all I need for eternity. I’m torn between that and staying here and ministering to you. It’s more needful for you if I stay.”

A little bit over a week ago I got a phone call from my son. Denise was beside him. R.C. Jr. said to me, “Dad, we have a tough decision to make. The doctors here at the hospital have recommended that we put Denise in hospice. She may have a few days left of consciousness and peace that she can spend with her husband, family and kids. And yet on the other hand, they have one last experimental, intense chemotherapy they can try. The medical odds of success were astronomical against it. What should we do?” I said, “Son, if it were me on that bed, I would choose hospice. I wouldn’t want any more medication or any more suffering there. However, if I were a mother and there was one chance in a thousand that I could survive for the sake of my children, I’d take that chance.”

Like Paul, she was torn between two alternatives. One—to depart and be with Christ. Two—to endure more affliction for the sake of her children. And that’s the decision she made. I said to R.C., “Whatever she decides, we’ll have to stand behind that decision, especially you.” And he did. She made the decision, but the physicians were not able to get her platelets high enough to even have this final medical solution that she was willing to undertake.

And so she came home. She got to see her children one more time—her parents, her sister, her siblings—and then she died. And the second alternative came to pass in the providence of God, which the apostle Paul assigned a value to. You heard what he said to the Philippians: “I have a desire to depart and be with Christ, parenthetically, which is far better.”

It’s not possible to translate any language into another language with exact verbal precision word-for-word. It would become so awkward that you wouldn’t be able to make any sense out of it, so this is one of the problems that translators have. And we also have a problem where the grammatical structure of one language is not the same as the grammatical structure of another language. It is improper English to say something is more better than something else. We’re not allowed to speak like that. Some people do, but we’re not supposed to speak like that. But the Greeks did not have a problem with that particular grammatical expression. In fact what is written in the text, Paul says, “For me to depart is much more better.” Not just better, not just more better, but reaching for the superlative, he said it is much more better.

Vesta and I were married fifty-one years ago plus. After the wedding we flew to New York City and spent our wedding night in a basically run-down hotel on the property of what was then Idyllwild International Airport. (It’s now Kennedy Airport.) We were excited because we were flying out in the morning for a week in Bermuda, which was a wedding present given to us by a close friend of her parents—all expenses paid at the Princess Hotel in Hamilton, Bermuda. What an exotic and ideal place for a honeymoon. What would you think of us if I would have said to her that Sunday morning, “Honey, let’s stay here in this place and forget about going to Bermuda.”

Jonathan Edwards says, “That’s the way we are. We are like travelers that set out for a glorious destination and they stop at a run-down inn on the way, and you have to pull them away out of that inn to get them to go to their final destination.” We are like Shakespeare’s Hamlet declared: We would “rather bear those ills we have, than fly to others that we know not of. Thus conscience doth make cowards of us all.” So we cling desperately, tenaciously to this life, which is good. But for the Christian what’s ahead is far, far better—better than we can possibly imagine in this world. For to be absent from the body is to be present with the Lord. Comfort one another with these words that come ultimately from God Himself. Let’s pray.

Father, we thank you for what you have prepared for your saints in glory. And we thank you that Denise is gone before us to that place. Turn our tears into joy. Protect her children, her husband, and all of her loved ones and friends. For we ask it in Jesus’ name, Amen.