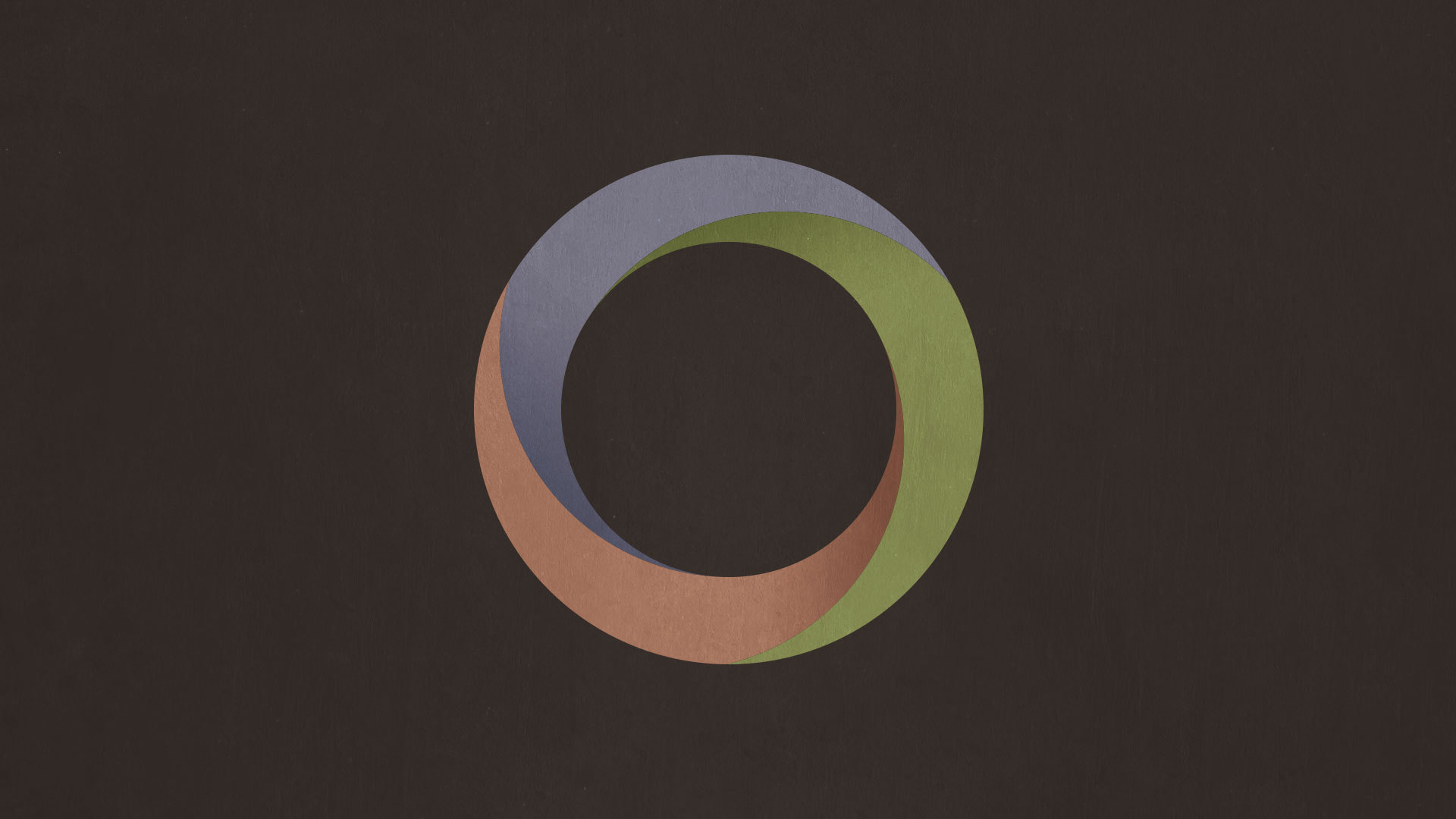 Have you ever imagined what it would be like to be within hours of death—not as an elderly person, but as someone condemned to die although innocent of every crime? What would you want to say to those who know and love you best? You would, surely, tell them how much you loved them. You might hope you could give them some comfort and reassurance—despite the nightmare you yourself were facing. You would want to open your heart and say the things that were most important to you.

Such poise would surely be praiseworthy. Of course, it would be human nature at its best—because this is what Jesus did, as the Apostle John relates in the Upper Room Discourse (John 13–17).

Within twenty-four hours before His crucifixion, the Lord Jesus expressed His love in exquisite fashion. He rose from supper, wrapped a servant’s towel around His waist, and washed the dirty feet of His disciples (including, apparently, Judas Iscariot’s; John 13:3–5, 21–30). It was an acted parable, as John explains: “Having loved his own who were in the world, he loved them to the end” (v. 1).

He also spoke words of deep comfort to them: “Let not your hearts be troubled” (14:1).

Yet Jesus did much more. He began to show His disciples “the depths of God” (1 Cor. 2:10). When He washed Peter’s feet, He told him that he would understand His actions only “afterward” (John 13:7). The same was true of what He said, for He began to reveal to His disciples the inner nature of God. He is Father, Son, and Holy Spirit—the Holy Trinity.

The Glory of the Mystery Unveiled

Many Christians tend to think of the Trinity as an impractical, speculative doctrine. But not so the Lord Jesus. For Him, it is neither speculative nor impractical—but the very reverse. It is the foundation of the gospel. Without the love of the Father, the coming of the Son, and the regenerating power of the Holy Spirit, there simply could be no salvation. (Unitarians, for example, can have no atonement made by God to God.)

During His Farewell Discourse, Jesus explained to Philip that to see Him is to see the Father (John 13:8–11). Yet He is not Himself the Father; otherwise, He could not have been the way to the Father (John 14:6). He is also “in” the Father, and the Father is “in him.” This mutual indwelling is, as the theologians say, “ineffable”— beyond our ability to understand. Yet it is not beyond faith’s ability to believe.

How so? The Father and Son come to indwell the believer through the indwelling of the Holy Spirit (14:23). He glorifies Christ (16:14). He takes what belongs to Christ, given to Him by the Father, and shows it to us. Later, when we have the privilege of overhearing our Lord’s prayer, Jesus similarly speaks about the intimacy of fellowship with God that sustained Him so wonderfully: “You, Father, are in me, and I in you” (John 17:21).

This is deep theology indeed. Yet virtually the profoundest statement we can make about God is that the Father is “in” the Son and the Son “in” the Father. It seems so simple that a child can see it. For what word can be simpler than in?

Yet this is also so profound that the best of minds cannot fathom it. For whenever we seek to contemplate the one person of the Father, we find we cannot do so without thinking of His Son (for He cannot be a father without a son). Neither can we contemplate this Son apart from the Father (for He cannot be a fatherless son). All this is possible only because the Spirit illumines who the Son really is as the One through whom alone we can come to the Father.

Thus, our minds simultaneously swell with delight at this threeness in unity and yet are stretched beyond their capacities by the notion of the unity in the threeness. Almost as staggering is the fact that Jesus reveals and teaches all this to be the most life-steadying, poise-giving, heart-comforting, and even joy-giving gospel truth (15:11).

The Trinity is so vast in significance because it can bring comfort to men driven to the edge by the atmosphere of sorrow about to engulf them. The triune One is greater in glory, deeper in mystery, and more beautiful in harmony than all other realities in creation. No tragedy is too big to overwhelm Him; nothing incomprehensible to us is so to Him, whose very being is incomprehensible to us. There is no darkness deeper than the depths of the inbeing of God.

It is perhaps understandable, then, that Jonathan Edwards could write in his Personal Narrative:

God has appeared glorious to me, on account of the Trinity. It has made me have exalting thoughts of God, that he subsists in three persons; Father, Son and Holy Ghost. The sweetest joys and delights I have experienced, have not been those that have arisen from a hope of my own good estate; but in a direct view of the glorious things of the gospel. When I enjoy this sweetness, it seems to carry me above the thoughts of my own estate; it seems at such times a loss that I cannot bear, to take off my eye from the glorious, pleasant object I behold without me, to turn my eye in upon myself, and my own good estate.

But the revelation of the Trinity is in fact related to our “own good estate.”

The Wonder of the Union disclosed

The point of Jesus’ teaching is not merely to stun our minds or stir our imaginations. It is to give us a sense of the vast privilege of union with Him.

From the very beginning of these few hours of ministry, Jesus had spoken about His disciples having a “share” with Him (John 13:8). He had also explained that the Spirit reveals to Christians that they are “in Christ” and He is in them (14:20). This is a union so real and wonderful that its only real analogy—as well as its foundation—is the union of the Father and the Son through the Spirit. The disciples would enjoy union with the Son and therefore would have fellowship with the Father through the Spirit. “You know him,” said Jesus, “for he dwells with you, and will be in you” (v. 18). These enigmatic words do not refer to the contrast of the relationship between the Spirit and old covenant (“with you”) and new covenant believers (“in you”). They are often understood that way, but Jesus is actually saying: “You know the Spirit, because He is with you in Me, but He will come (at Pentecost) to be in you as the very One who has been My constant companion (and in that sense ‘with you’). As such, He is no other than the One who is the bond of fellowship between the Son and the Father from all eternity.”

Notice, then, the exquisite picture Jesus paints to express the beauty and intimacy of this union: it involves nothing less than the Father and the Son making their home in the heart of the believer (v. 23).

Significantly, Jesus does not require believers to do a dozen things—but only to believe and to love. For it is the realization (“in that day you will know”; v. 20) of the reality and magnitude of this union with God the Trinity through union with Christ that transforms the thinking, feeling, willing, loving, and, consequently, the actions of the believer. In this union, the Father prunes the branches of the vine to bear more fruit (15:2). In this same union, the Son keeps all those the Father has given Him (17:12).

Batter my heart, three-person’d God; for you As yet but knock; breathe, shine, and seek to mend; That I may rise and stand, o’erthrow me, and bend Your force to break, blow, burn, and make me new. I, like an usurp’d town to another due, Labor to admit you, but oh, to no end; Reason, your viceroy in me, me should defend, But is captiv’d and proves weak or untrue. Yet dearly I love you, and would be lov’d fain, But I am bethroth’d unto your enemy; Divorce me, untie or break that knot again, Take me to you, imprison me, for I, Except you enthrall me, never shall be free, Nor ever chaste, except you ravish me. (Holy Sonnets XIV)