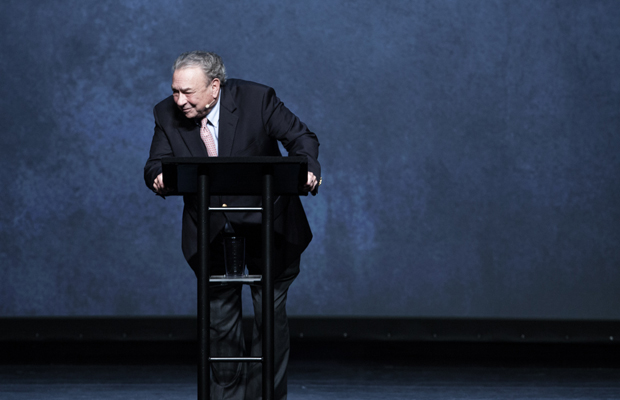 Today was the conclusion of our 2013 National Conference, No Compromise: Standing for the Truth of God’s Word. Over these three days, more than 5000 Christians came together and enjoyed fellowship, encouragement, prayer, worship, and the study of God’s Word. Our prayer is that we would all leave this conference encouraged to stand on the bedrock of God’s truth and not bend with the winds of relativism and faithlessness.

Below is a summary of today’s sessions and several highlights.

On This Rock from Sinclair Ferguson

Our final day began with Sinclair Ferguson presenting us with the supreme priority of the church in the purposes of Christ. According to His own sovereign and gracious will, our Lord has determined to build His church in a hostile world through the service of frail men. The church stands at the epicenter of the purposes of the Lord Jesus, therefore we are to be like our Lord and love and build His church.

Today’s questions ranged from addressing politics in the pulpit, revival, the call to ministry, tradition, assurance, and more.

No Compromise, No Surrender from R.C. Sproul

In conclusion to our 2013 National Conference, R.C. Sproul briefly surveyed the lives of several men who died a martyrs death as they stood firm for their confessions of Christ. There is a creed for which many like these died and for which we must never compromise—the song of the angels, the song of the martyrs, the song of the church: Jesus Ho Kurios (Jesus is Lord).

You cannot be called to Jesus Christ without being called into fellowship with His people. —Sinclair Ferguson #lmnc

#lmnc comes to a close with the Hallelujah Chorus instagr.am/p/WFP1S6iasm/

Over 40 Years of Ministry
A Testimony of Grace

From 1971 to the present day, R.C. Sproul and Ligonier have experienced more than 40 years of ministry. In a short video timeline that we first showed yesterday at the conference, we traced this testimony of God’s grace.

Preparations are already underway for our 2014 National Conference, March 13-15. We hope to see you all again next year in Orlando.