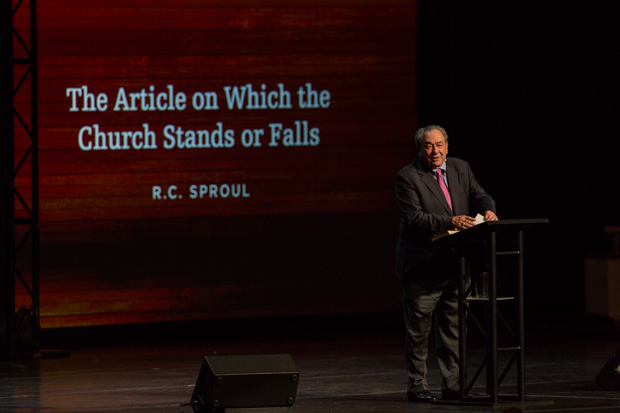 Today, over 5000 gathered in Orlando for our 2013 National Conference, No Compromise: Standing for the Truth of God’s Word. It is such an encouragement to witness so many willing to stand for the truth of God’s Word. Below is a summary and several highlights from today.

The Article on Which the Church Stands or Falls from R.C. Sproul

R.C. Sproul began the conference by speaking on the doctrine upon which the church stands or falls: the doctrine of justification by faith alone. He highlighted how this doctrine has been esteemed and defended, as well as challenged, minimized, and compromised. Sola Fide (faith alone) is absolutely essential to the gospel.

Teaching from John 18, Steven Lawson presented us with key points on the nature of the rejection, reality, and reception of truth. There is indeed a truth-doubting and truth-despising “spirit of Pilate” that has infiltrated almost every area of society in our day—including the church. It is against this spirit that we must keep to the truth of God, for “There is but one source of truth in the universe, and that is God.”

Preach the Word from Alistair Begg

Alistair Begg affirmed the power and necessity of biblical preaching. Preachers are not called to innovate or be popular, they’re called to faithfully proclaim His Word as the foolishness of preaching is God’s appointed method for feeding the sheep. 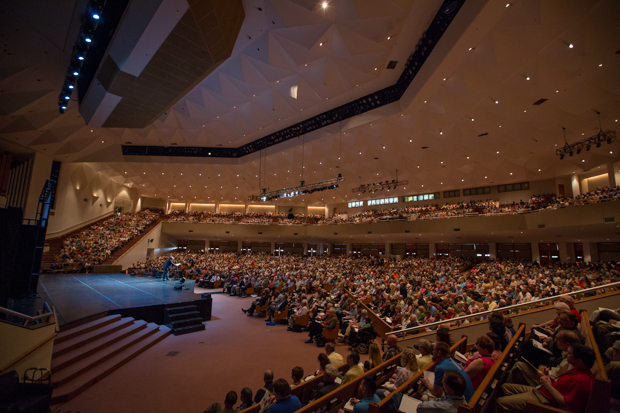 It’s either Christ’s righteousness or my righteousness. There cannot be a middle ground. —RC Sproul on justification by faith alone #lmnc

We live in a world that has its feet firmly planted in midair. —@drstevenjlawson #lmnc

If the history of redemption is a story told in pictures, then the blood of Jesus is the paint… —Anthony Carter #lmnc

The message of the cross forever and always offends against the pride of man. —@alistairbegg #lmnc

During our 2013 National Conference we’re “Hanging Out” with several of our guests. Today we interviewed David Murray and discussed today’s messages, the trinity, good works, depression, and much more. You can watch it here or see it below.