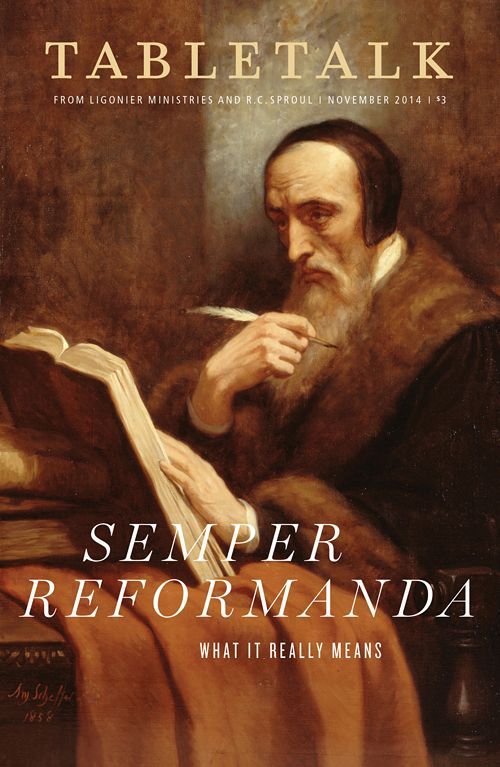 The November issue of Tabletalk is out. This issue is devoted to an examination of the slogan semper reformanda: “reformed and always reforming.” This slogan first appeared in 1674 during the Dutch Second Reformation in a devotional written by Jodocus van Lodenstein. He said that “the church is reformed and always being reformed according to the Word of God.” The slogan accurately represents what the earliest Reformers were doing even if they themselves did not use the slogan. Sadly, the slogan is often abused. If a person rejects or distorts the teaching of the creeds and confessions, he will often claim to be following the Reformed principle of semper reformanda even though he isn’t. This issue of Tabletalk will clarify exactly what the proper understanding of semper reformanda is.

Who Do You Say That I Am?

The December issue explains why orthodox Christology is of great importance for this and every generation.

The January issue seeks to explain the gospel, along with aspects of redemption that relate to the gospel and flow out of it.

The February issue will seek to define and explain labor and rest—their purpose, their balance, and their practice in the Christian life.