Columns from Tabletalk Magazine, May 2012 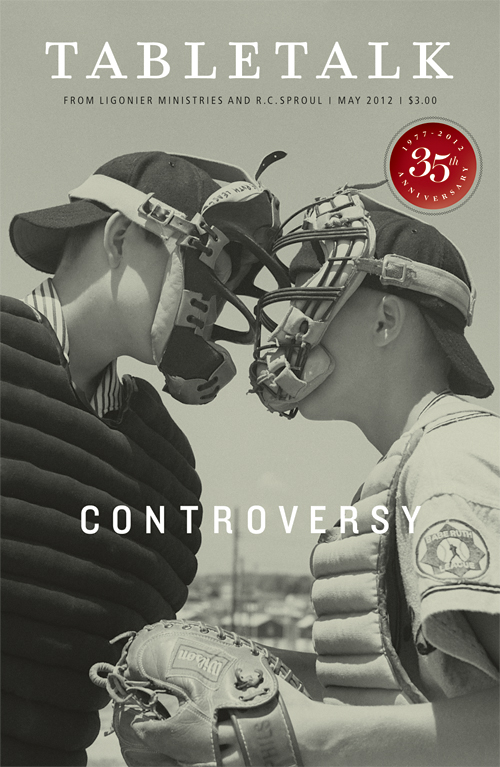 The May edition of Tabletalk is out. This month’s issue addresses the subject of controversy. John Newton’s letter “On Controversy” provides a launching pad into the discussion, and the core of this issue extracts, explains, and applies the three major sections of the letter that he wrote to a minister preparing to engage another minister regarding orthodoxy. An additional two articles argue for the occasional necessity of controversy and direct us to the appropriate end of engaging in controversy: the glory of God. Contributors include R.C. Sproul along with Sinclair Ferguson, Collin Hanson, Keith Mathison, Al Mohler, Robert Rothwell, R.C. Sproul Jr., and Justin Taylor. Tabletalk features articles about topics central to the Christian faith, and daily, in-depth Bible studies with featured columns by contributors such as John Piper and Scotty Smith.

We do not post all of the feature articles or the daily devotionals from the issue, so you’ll have to subscribe to get those. But for now, here are links to a few select columns and articles from this month:

If you have not yet subscribed to Tabletalk, now is the perfect time. It’s only $23 for a year, and $20 to renew. You save even more if you get a 2- or 3-year subscription (as little as $1.36 per issue). We offer special discounts for churches or businesses who want multiple copies of each issue.

Get your subscription to Tabletalk today by calling one of Ligonier Ministries’ resource consultants at 800-435-4343 (8am-8pm ET, Mon-Fri) or by subscribing online. You can also get free shipping on individual 2012 issues of Tabletalk.