The Christ of the Prophets

It is probably not an exaggeration to say that most Christians have little difficulty reading the Five Books of Moses and the Historical Books of the Old Testament. Sure, we may scratch our heads in puzzlement while reading certain sections of Leviticus, but all in all, these books do not pose too much of a problem for us. They contain a narrative, a story with a beginning and end. In these books, we are on familiar ground. The poetic books are a bit more challenging because of the way in which they are written, but we still find them somewhat familiar. Many of us, however, become completely lost when we open the prophetic books. We open these books and encounter a strange new world: apocalyptic oracles of judgment and promises of salvation, strange visions of winged angels and of flying scrolls, of fearsome beasts rising from the sea and of stars falling from the sky. How are we to understand all of this? 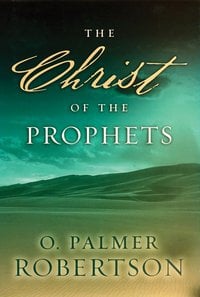 In his work, The Christ of the Prophets (P&R, 2004), O. Palmer Robertson provides an invaluable guide to the prophetic books. He distills the fruit of a lifetime of study into one masterful volume. Robertson divides his work into fourteen chapters. The first seven answer some basic questions concerning the nature of prophecy and the prophets themselves. Chapters 8–12 examine the prophetic books within their redemptive-historical context. The final two chapters deal respectively with the role of prediction in prophecy and the ultimate fulfillment of prophecy in Christ.

In his Introduction, Robertson explains that the writing prophets appeared at a significant time in Israel’s history. They wrote in the years leading up to, during, and following the exile. It was this event and that which was to follow that the prophets were called to explain. Robertson traces the origins of prophetism in Israel to Moses and points out his unique role in relation to all of those prophets who followed him.

Robertson explains that the call of the prophets involved the mediation of God’s Word to God’s people. They were not to bring their own message. He also provides a helpful explanation of the criteria for distinguishing between true and false prophets. In two of the most important chapters of the book, Robertson explains how the biblical covenants and the Mosaic law are related to prophecy, showing that the prophets were sent to remind the people of their covenant obligations to the Law and to warn them of the consequences of disobedience. The prophets were covenant prosecutors, calling the people to faith and obedience.

Having established the nature of prophecy and the calling of the prophets themselves, Robertson turns to look at the historical setting of the prophets. He notes that the contents of the prophetic books centered primarily on two events of enormous significance in Israel’s history: the exile and the restoration. In chapter 8, Robertson examines the messages of those prophets who ministered in the eighth century B.C., namely, Hosea, Amos, Micah, Isaiah, and Jonah (The dating of the ministries of Joel and Obadiah are uncertain, but Robertson concludes that they were both eighth-century prophets and discusses them in this chapter). Chapter 9 is devoted to the prophets who ministered during the seventh century B.C. Here he looks at the writings of Nahum, Habakkuk, Zephaniah, and Jeremiah.

In chapters 10 and 11, the prophets who ministered during the exile are examined, namely, Ezekiel and Daniel. Chapter 12, then, is devoted to the ministries and writings of the prophets who prophesied after the exile: Haggai, Zechariah, and Malachi. Chapters 8–12 alone are worth the price of the book for their careful exposition of the content of these prophetic books within their redemptive-historical contexts.

In the final chapters, Robertson turns his attention to two final questions of some importance. First, in chapter 13, he examines the nature of predictive prophecy. He observes that biblical prophecy did not primarily involve the predicting of future events; it primarily involved proclaiming God’s will. The prediction of future events is, however, one aspect of Old Testament prophecy, and Robertson helpfully categorizes the four different kinds of predictive prophecy and explains how each functions in Scripture. In chapter 14, Robertson concludes by demonstrating how the promises of restoration all find their ultimate fulfillment in the coming of Jesus Christ. If for no other reason, this alone should be incentive enough to study these books. They can be difficult, but they are God’s Word written for our instruction. For those desiring to understand them, there are few better guides than The Christ of the Prophets.