Ligonier Ministries exists to help as many people as possible grow in their knowledge of God and His holiness. So often this means helping Christians understand their connection with the generations of believers who came before. What were their lives like? What issues were on their minds? What was the context in which they read the Scriptures and applied them to their families, churches, and communities?

This is known as historical theology — the study of how Christian doctrine developed over the centuries. Traveling and seeing these places up-close provides for a robust learning experience that can marry knowledge with all five senses.

Imagine sitting by the shore of the Sea of Galilee in the shade of the synagogue at Capernaum where our Lord called His disciples to come and be fishers of men. Think about hearing the roar of the tumultuous crowd at the theater in Ephesus as they responded to Paul’s ministry. Contemplate standing on the very spot where Martin Luther gave his courageous defense at Worms, Germany; or picture yourself walking in John Calvin’s steps up to the academy in Geneva.

We have taken these trips with Ligonier students over the years, and because of the tremendous response, are pleased to announce that we will be creating more travel learning experiences to historic destinations in the future. 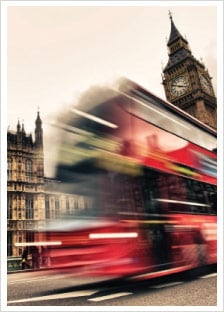 Last year we announced our plans for two British Reformation Church History Tours in 2013. A first tour from England to Scotland with Drs. R.C. Sproul and Robert Godfrey on August 15–23 (SOLD OUT) and a second tour from Scotland to England with Drs. Sinclair Ferguson and Steven Lawson August 25–September 2 (LIMITED SPACE REMAINING).

Consider joining Ligonier Ministries for one of these times of fellowship and teaching to the shores of a country in which God’s Spirit moved mightily. Let us learn how the gospel was recovered out of eclipse in Elizabeth’s England and Knox’s Scotland, and how we can guard against theological decline in our own day. We look forward to learning together as we travel together. You can review the full schedule and itinerary at our website:

Remember, space is limited and bookings will be taken in the order they are received. Our travel partner for this trip is Sovereign Tours, who will handle all reservations, logistics, and other necessary travel arrangements. Please contact Sovereign to register today. The number is 877-768-2784, ext. 100.