“The light of the Reformation was the light of the Bible.” So writes Dr. R.C. Sproul in his introduction to the Reformation Study Bible. This historical reality reminds us that we are nothing without the Word of God. God has promised that His Word will accomplish that for which it was sent (Isa. 55:11). If we are to be Reformed in our theology, we must be conformed to the Bible. Reformed theology is, after all, simply the theology of the Bible.

Recorded in the annals of history is the mighty work of God’s Spirit through what has come to be known as the Protestant Reformation. Martin Luther, William Tyndale, John Calvin, and many others were seeking to recover the gospel, not chasing theological novelty. It was the light of the gospel, not novel human opinion, that led to a new era of human flourishing as Scripture shone brightly, freeing sinners from man-made religion and superstition. It was God and His Word’s awakening and igniting the hearts of the Reformers that led to the Reformation nearly five hundred years ago. 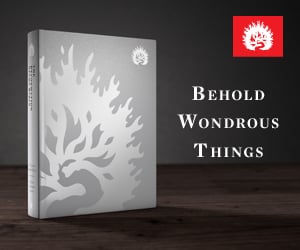 We strive in everything we do at Ligonier Ministries to be Bible-centered. We are ever under its authority. Dr. Sproul began a journey almost twenty-five years ago to produce the first study Bible since the sixteenth-century Geneva Bible drawn from the roots of the Reformation. That was the New Geneva Study Bible, published first in 1995, then later renamed as the Reformation Study Bible. It was published first in the New King James Version and then the English Standard Version in 2005. Both of those editions were published in partnership with other publishing and distribution partners. With the recent remarkable growth of Ligonier, and with the establishment of Reformation Trust Publishing in 2006, we began to imagine a new edition published and distributed by this ministry.

Work began on this new edition several years ago when Dr. Sproul put together a theological and pastoral “dream team” to thoroughly revise this vital resource for the church using the best conservative and Reformed biblical scholarship available. Publishing a study Bible representing what we believe to be a reliable consensus of centuries of Christian thought has been a monumental task accomplished by skilled, thoughtful, and careful editors and contributors. The new edition has thirty-two percent more pages and the commentary alone has grown by forty-four percent over the original edition. Along with new book introductions and archaeologically current maps and visual aids, there are theological notes and articles from Dr. Sproul and other faithful theologians. Below you can watch a brief video highlighting why we produced this new edition. 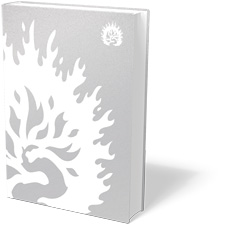 The importance of a trustworthy study Bible cannot be overstated. We know of many pastors and church leaders around the world who have very little in the way of a theological library. Equipping them with a Reformation Study Bible is a major focus for us in South America, Africa, and East Asia. Moreover, we are forming global publishing partnerships that will allow this new edition to be published in Spanish, Portuguese, German, Korean, French, Mandarin, and Arabic. I ask that you pray for and generously support these Great Commission-minded efforts.

We give thanks to God for His mercy and provision in reaching what we believe is one of the most important milestones in Ligonier’s history. While there are many helpful study Bibles available today from many publishers, we hope you will agree that there is only one Reformation Study Bible. May God ignite a Bible study reformation in the hearts and minds of His people through this new discipleship resource. We can’t wait for you to see it for yourself.