Introducing Lee Webb: Our New Announcer on Renewing Your Mind and the VP of Broadcasting for Ligonier Ministries 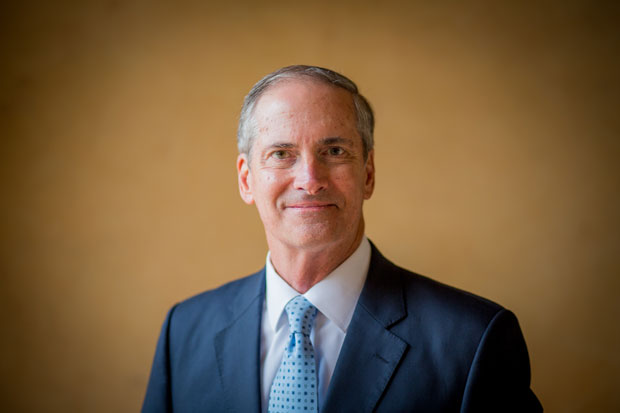 You may have noticed a new voice this morning on our daily broadcast, Renewing Your Mind with R.C. Sproul. Late last year we launched a nationwide search for a new announcer. We sought to find someone who could not only collaborate well with Dr. Sproul but also connect and build a strong relationship with you, our listeners. We are pleased to announce Lee Webb has accepted this role and joins the ministry as Vice President of Broadcasting.

“I am excited that Lee is with us,” said Dr. Sproul. “His extensive professional experience connecting with a listening audience will be a blessing to the listeners of Renewing Your Mind. I look forward to being with him in the studio. There will be no lack of opportunities for Lee to contribute and we are grateful to have him.”

Here’s how Lee expressed his enthusiasm:

“I couldn’t be more pleased to accept this exciting new role with Ligonier Ministries. No other teacher, no other ministry has done more to shape my understanding of God and His character than Dr. Sproul and Ligonier. And now to be part of the team committed to making the holiness of God known to as many people as possible is one of the great thrills of my life.”

As we look to the future of the ministry and Renewing Your Mind (RYM), we believe Lee will help listeners connect with RYM through the teaching of Dr. Sproul, our Ligonier Teaching Fellows, and other trustworthy Bible scholars. As our primary teacher, Dr. Sproul will continue to anchor at least 85% of our broadcast teaching schedule. We have experienced remarkable growth in listenership since our first national radio broadcast 19 years ago and this worldwide outreach now includes podcasts, the web, and RefNet. There is tremendous momentum at Ligonier in this season and steady, productive hands are needed. And we are thrilled with the provision of Lee Webb, a godly man who has faithfully sought to apply a robust Christian worldview in his vocation.

Lee is a native of Pompano Beach, Florida, graduated from Auburn University in 1975 and went to work as a sports reporter and anchor for WSFA-TV in Montgomery, Alabama. In 1979, he became the lead sports anchor for the NBC affiliate in Miami, then took a similar position with WCVB-TV in Boston in 1983. His career as a sports anchor included covering three Super Bowls, an NBA Championship series, and the 1984 Olympic Games in Los Angeles. In 1986, Lee became the weeknight news anchor for the NBC affiliate in Jacksonville, Fla. Lee joined CBN as news anchor in 1994 and went on location to report on numerous nationally significant events including 9/11, Hurricane Katrina, Republican and Democratic conventions, and issues related to evangelicalism. He also served as a captain in the Florida Army National Guard. During his 8 years of reserve military service, he deployed to Central America twice and Saudi Arabia during Operation Desert Shield. Along with his distinguished professional career, he has also served as a ruling elder for many years in a Presbyterian Church in America congregation in Tidewater, Virginia. Lee and his wife Donna have four children.

Listen to Lee Webb daily on Renewing Your Mind with R.C. Sproul.