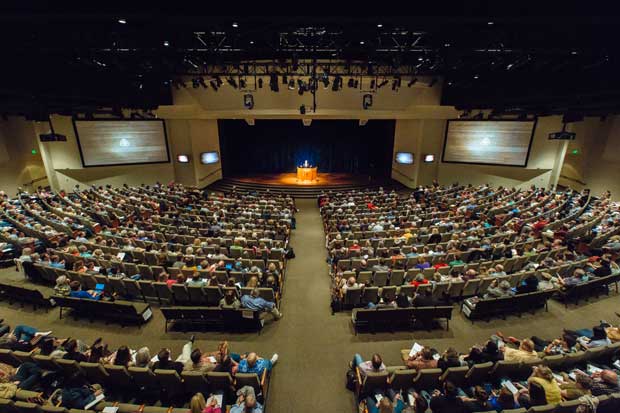 This weekend, more than 1,300 gathered in the San Francisco Bay area for our 2015 regional conference, Pilgrims in Progress. Together, we were strengthened and encouraged to stand firm in the faith during our earthly pilgrimage.

Below is a brief overview and some highlights from these two days. In addition, you can browse #ligcon on Twitter and Instagram.

We Buy the Truth from Steven Lawson

For as long as we walk through this world, we walk through Vanity Fair. Therefore, we must stand with Christian and Faithful, declaring bolding, “We buy the truth.” Dr. Steven Lawson opened our 2015 regional conference in San Francisco by unpacking what truth is and how we should respond to it.

A Book in His Hand, a Burden on His Back from Derek Thomas

Dr. Derek Thomas continued with an explanation of the role of Scripture in the life of the Christian pilgrim. This God breathed Word equips pilgrims, sustains the church, makes Christ known, and reaches the world.

Barbarians at the Gate from W. Robert Godfrey

Dr. W. Robert Godfrey began our evening messages by introducing us to Augustine’s book The City of God. He helped us to consider how this work by Augustine relates to our day as we similarly face “barbarians at the gate.” He charged us not to forget Jesus’ declaration that we are the light of the world.

Dr. R.C. Sproul Jr. closed our evening by reading Philippians 1:4-7 and explaining Paul’s key to experiencing freedom when you find yourself in Doubting Castle.

The City of God from R.C. Sproul Jr.

Our final day began with Dr. R.C. Sproul Jr. providing a simple outline of the entire Bible and reminding us of Jesus’ victory over all things. Never forget—Jesus wins.

Questions and Answers with R.C. Sproul (live via video feed)

Death Has Lost Its Sting from W. Robert Godfrey

Although the world seeks to deny the reality of death, it cannot be avoided. Dr. W. Robert Godfrey turned to Scripture to comfort us with the promise that belongs to all Christians—one day death will be no more and all things will be made new.

Questions and Answers with Godfrey, Lawson, and Sproul Jr.

Sighing for Beauty from Steven Lawson

Dr. Steven Lawson closed our 2015 regional conference with his message “Sighing for Beauty.” Turning to 1 John 3:1-3, Dr. Lawson called us to be heavenly minded, to have a constant focus on the Celestial City. He helped us to see the beauty of the gospel, the depth of God’s love, and the purify nature of Christian hope.

Scripture needs to be read from beginning to end with Christ at the center. —@DerekWHThomas #ligcon #bible pic.twitter.com/gtB22Hy68A

We are the light of the world because we reflect His light. —W. Robert Godfrey #ligcon pic.twitter.com/3sb8a8qVk4

The One who knows the fullness of my sin loves me as my Father right now. —@RCSproulJr #ligcon pic.twitter.com/JOQ3L6ZKOu

God has loved us in spite of us. —@DrStevenJLawson #ligcon