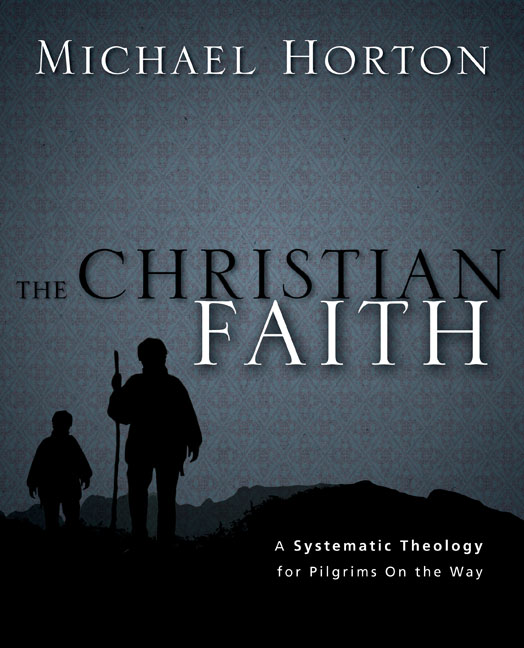 Michael Horton began his message reading Paul’s Mars Hill sermon from Acts 17.  He then cited a recent Newsweek article from Lisa Miller.  Ms. Miller opined “we’re all Hindus now” and her reasoning was (in part) that we all believe in the continuity of life (into an afterlife stage where we play on harps in the clouds, and that sort of thing).

When Paul spoke in Thessalonica to a largely Jewish audience, he argued in Acts 17 that it was necessary for Christ to be raised from the dead.  But he couldn’t go to Athens and argue from Old Testament promises.

Paul was genuinely concerned and sympathetic to these people given that the city was full of idols.  Paul had a love not only for Christian gentiles but for those he formerly regarded as dogs (godless pagans).  Why didn’t he just get up and read his script, give the proofs, and then shake the dust off of his feet?

Paul couldn’t do that — he was the apostle to the Gentiles.  Paul was trained under Gamaliel II, who himself was well educated.  He was educated in the Hellenistic tradition, which had a high regard for the Greco-Roman culture.

Sympathy and seriousness — that was Paul’s disposition.  And what did that give rise to?  “So he reasoned in the synagogue with the Jews and the devout persons, and in the marketplace every day with those who happened to be there.”  Paul’s message was focused on the work of Christ.  Jesus was the object of his faith.

Jesus is not sold as a product here.  Rather, Paul attests to Christ’s work in history.

For the Athenians, the gods (who are material beings) are blissfully uninterested in human circumstances. The Jewish Mishnah says of the Epicureans that they have no sense of the Messianic world to come.  The goal was to obtain perfect tranquility for knowledge, friendship, and virtue.  When you die, you die.  The Epicureans had no sense of any kind of divine judgment; rather, they feared unhappiness. They were not licentious, because they recognized that abundance could lead to poverty.  They were interested in the “good life” — finding that golden medium, avoiding pain and unhappiness.

In response to the question “why do bad things happen to good people,” the Epicureans responded, “because the gods don’t care.  They’ve already attained that happy eternal existence.”

The Stoics, by contrast, were focused on duty and being detached.  If the Epicureans focused on happiness, the Stoics focused on virtue (even virtue above relationships, because the latter created attachments, and friendships can fail and disappoint).

So Paul entered this situation.  And they recognized that Paul wasn’t offering just some fad.  Rather, Paul was bringing something odd and unusual — even by the Epicurean and Stoic standards.

Paul recognized that the gospel had its own PR apparatus. It had its own way of blowing things up and making a lasting impact.

Paul starts out by criticizing their religiosity:  “Men of Athens, I perceive that in every way you are very religious.”  This was not a complement.  Paul announces that he is going to proclaim the reality of the unknown God.

In Romans 1 Paul explained that everyone is religious.  But that religiosity manifests itself in (a) the search for religion, and (b) the distortion of truth and the establishment of idols. So Paul had no desire for an “inter-religious dialogue.”

“This I proclaim to you.”  Paul is a herald, an ambassador.  He is not there to debate these matters, but to proclaim historical reality.  (Religion’s domain, by contrast, lies in the search for happiness.)

2. God is involved in the world.  (The Stoics thought God was one with the world — they were pantheists.  The Epicureans, by contrast, thought that the gods were utterly detached from the world and its cares.)  In fact, God is both transcendent (free from the world) and immanent (free for the world).  Though God doesn’t need us, He showers blessings upon us, giving “to all mankind life and breath and everything.”  God cares for everything He has made.  See verses 26-28.

The Epicureans might have responded (as many do in our own day), “I cannot believe in a God that is that involved with the world, not given all the junk that actually happens in the world.”

The problem is not a lack of information, says Paul: “Being then God’s offspring, we ought not to think that the divine being is like gold or silver or stone, an image formed by the art and imagination of man.”  Everyone has a personal relationship with God, the question is what kind of relationship.  Nobody finds God via general revelation.  Rather, people suppress general revelation.  So general revelation is sufficient to judge but not to save.

The audience was tracking with Paul because he was in the realm of general revelation.  But then Paul shifts to special revelation.

We know the law by nature (it is in our hearts).  But the gospel is unfamiliar territory — to good news (datable events) not timeless principles.

What a shocking concept.  They saw physical matter as evil, as a trap, a prison. They were trying to escape their flesh. But Paul was proclaiming the most bloody religious system they’d ever heard of.  God spills blood via a brutal execution on a cross (their equivalent of the electric chair).  And then the good news is that you get your body back?  The resurrection of the body and the life everlasting?

No wonder it was foolishness to the Greeks.  Plato’s view of the afterlife has more credence in our day than the Christian one. The resurrection has already happened — just in a spiritual sense.

When my dad was dying I heard the refrain, “The sunset is as glorious as the sunrise.” What an offense. No, death is horrible, a curse. Jesus wept at the grave of Lazarus minutes before He raised him from the dead.  Christianity takes the horror of death seriously.

Some in Paul’s audience might have thought, “Wow, a rabbi dies and rises again.  That’s one more cool, weird thing.”

But Paul was arguing that if God came in the form of man, lived, died, and rose again, then this God is Lord of all, and (a) He will judge everyone one day, and (b) God has put up with your ignorance long enough.  It is time for everyone to repent and believe in Jesus, because God has raised Him from the dead.

We will all be judged by works that day.  But for believers, it will be by Christ’s works. We have already been told (via our justification) that those works are accepted by God.  Jesus is not a life coach. He is either a Savior or a dreadful judge.

The gospel is good news. It is not just a great story with historical interest.