Repairing the Ruins: An Interview with Cal Thomas

Tabletalk: Evangelical Christians took center stage in American politics during the years when the Moral Majority was prominent. Was that a good thing or a bad thing for the Church? Why? 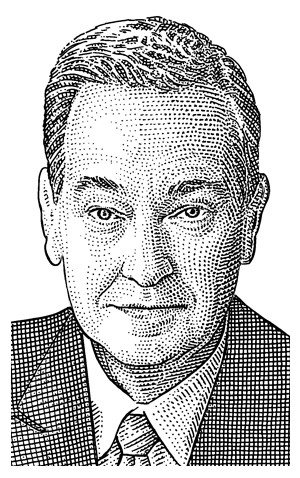 Cal Thomas: As Ed Dobson and I wrote in our 1999 book Blinded by Might: Why the Religious Right Can’t Save America, there is no biblical command against believers voting. But followers of Jesus, whose kingdom is not of this world, should not think that having the “right” person in office will somehow restore righteousness to a fallen and sin-infested world. How can a fallen leader repair a fallen society? He (or she) can’t. Only God can do that through changed lives. And lives can be changed only by the transforming power of Jesus Christ. Indeed, it has always been so. As revivals of the past have shown us, the social impact was astounding. So if believers want to see a culture improved (fewer abortions, less drunkenness, fewer divorces, and so on), let their objective be to lead more people to Christ. Those converts will then be “transformed by the renewing of their minds,” and societal transformation will follow. It’s bubble- up, not trickle-down. The problems we face come from our forgetting God and worshipping the golden calf of the Dow Jones Industrial Average. In material things and pleasure we trust, not God. That’s why He gives us over to the consequences of an unrestrained lower nature. Politics can’t redeem us from that.

TT: How can Christians be involved in the political process with out compromising their principles?

CT: The entire nation has compromised God’s “principles.” That’s why so few genuine followers of Jesus hold high office. If a majority feared God and thus respected human life and marriage, as just two examples, we wouldn’t have allowed the aborting of more than 50 million babies and wouldn’t be flirting with same-sex “marriage.” The key for a believer who intends to run for office or serve in some other capacity in politics is to realize the limitations of politics and government. God’s power is unlimited. Man’s power is very limited. Too many Christians seem happy to settle for the lesser power because they think it is a shortcut to ratifying their beliefs and seeing them reflected in the public square. That is an illusion. The first thing we learn about Satan is that he is “crafty” or “subtle,” so isn’t it part of his strategy to get us to focus just a little less on Jesus and more on what he is doing? That’s what I would do if I were Satan. You can seduce far more people that way and make them ineffective in promoting God’s kingdom.

TT: In light of the intense and ongoing partisan war, what helpful perspective could you offer Christians as we attempt to stand for our principles in the public square?

CT: I once asked John Stott about this. As a reporter for a TV station in Houston, I covered a city council meeting at which zoning was being discussed. The issue was whether to allow “adult” bookstores in a certain neighborhood. A man testified before the council. He quoted from a King James Bible in opposition to the stores. He was mostly ignored. John Stott told me: “God’s principles work whether we acknowledge their source or not.” I took that to mean that the man with the Bible should have argued against the stores on the basis of their effect on the city. These would include a likely increase in crime, a lowering of tax revenue as upscale businesses might move, a greater police presence that would cost the city, and so forth. I think that’s a good strategy for those who actually want to achieve success, particularly with people for whom the Bible is not the authority it is for believers.

TT: You have a well-known friendship with Bob Beckel, who tends to be more liberal than you politically. What have you learned from him about talking to those with whom we might disagree on many issues?

CT: Bob sits with me in church (when he is not ministering to alcoholics on a Sunday), and we pray together there and when we travel. Before Bob’s conversion, we used to debate on TV and never change each other’s minds. Since his conversion, Bob has devoured the Bible and now sees many things from the Lord’s perspective. By listening to his story, I have a greater appreciation and respect for him as a man, a father, and a fellow American who loves this country as much as I do. We just sometimes have different approaches to making it better. I have come to understand why he holds many of his views and even embraced some of them, as he has mine. But it begins with a relationship — with God and with each other. Most of us know each other by labels — conservative, liberal, Republican, Democrat. We speak of those with whom we disagree as being on “the other side.” Bob isn’t on the other side. The Taliban are on the other side. Bob is my brother in Christ and one of my dearest friends.

TT: You speak and write on many subjects. For what are you most severely criticized?

CT: The criticism isn’t always apparent. My wife and I aren’t invited many places. I think some people feel we will ruin a party by hauling out a Bible and preaching. That’s not my style, as those who know me will testify. Columns and commentaries that speak openly about Jesus Christ bring a lot of heat from the pagans and even some “ministers” who tell me Jesus isn’t the only way to heaven. But that is to be expected. If I weren’t being persecuted for the right reasons, I would be denying Jesus, who said I would be persecuted if I seriously followed Him. I don’t know why some believers get upset over persecution. Whatever persecut ion we experience in America is nothing compared to what believers endure in many other countries.

TT: How does the current political sphere look in comparison to twentyfive years ago? In what direction do you believe it is currently moving?

CT: Everything is right on schedule. The newspapers and TV tell of “wars and rumors of wars,” nation rising against nation, and so forth. Jesus said those are just the beginning of “birth pangs.” We haven’t yet started betraying our parents or turning each other in to the authorities. The gospel has yet to be preached to the entire world (though technology now makes that possible). The world is winding down, and while believers might ocassionally be able to slow the process by doing things God’s way (and not through the ballot box — see above), there is nothing anyone can do to reverse the process. We should not despair over this because it means each day brings us closer to that “new heaven and new earth” we all long to see, with the Tree of Life restored. And by the way, that is not fatalism, or giving in, but faith.

TT: If you were the head of a major news organization, what changes (if any) would you make to the way information is disseminated to the public?

CT: I’d restore my old show on Fox. Seriously, I would practice real diversity, which most of the media talk about but don’t practice. On important issues, I would make sure there was an honest discussion, with solutions given to problems, not just the shouting matches we often hear on TV. I would make sure that voices other than Jesse Jackson and Al Sharpton were heard when it comes to issues affecting the black community, and I would do stories on what works. We didn’t just crawl out of a cave and have to invent the wheel and discover fire. We have a history of what works — economically, morally, socially and religiously — and what doesn’t work. I would demand my staff report solutions, not repeat the same tired answers that never solve anything, especially in Washington. That, by the way, is one of the objectives of Bob Beckel’s and my bi-weekly USA Today column called “Common Ground.” I would hire more believers who are both smart and good reporters, thus encouraging more young people to follow me and the few other believers in the media (though there are more than some people think). They would be surprised at how many opportunities they have to reach people who are in great need of hearing that God loves them and has a plan for their lives beyond making money and being famous.

Cal Thomas is America’s most widely syndicated op-ed columnist, appearing in more than 500 national newspapers. Thomas is a forty-year veteran of broadcast and print journalism, and has authored more than ten books, including Common Ground: How to Stop the Partisan War That Is Destroying America, co-authored with Bob Beckel. Thomas has worked for NBC, CNBC, PBS television, and the Fox News Channel, where he currently appears on the media critique show Fox News Watch.