The Gospel in Mexico: An Interview with Victor Cruz

Tabletalk: How did God call you to become a church planter in Mexico City? 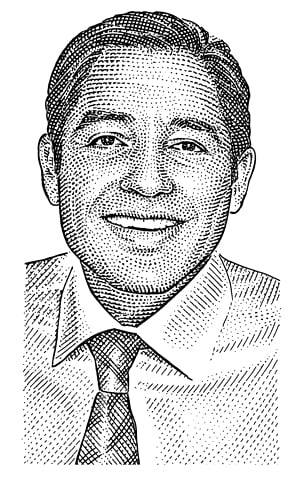 Victor Cruz: When I finished seminary in 1997, I asked my presbytery if I could start a church somewhere in our field, and we were sent to Cuautla City to start Iglesia Puerta de Salvación (Door of Salvation Church). The task was very hard because my wife and I did not know anybody there, but from a small group of believers that we met through the pastors in the presbytery, we started reaching out to the community and making new disciples. Then, in the fourth year of our project, we started a second small group in Tlayacapan, and in 2007, a third group in Huazulco, Morelos State.

In the fall of 2006, I was thinking that we could start churches and train lay pastors in Mexico City, too. My wife and I grew up in the city and had been away for a long a time. One evening I told Teresa about going back to the city, and she answered, “Honey, I know you probably are having a hard week, but you will be Ok!” Our parents told us that this was a bad idea, and that we should think about the kids, but we continued praying for a chance to go back into Mexico City and plant a church in a strategic area.

In 2010, after I started my doctor of ministry studies at Reformed Theological Seminary in Orlando, we moved to the Roma-Condesa area of Mexico City, which is one of the old areas of the city that is being renovated and where people living in the suburbs are moving closer to downtown and the financial district of Reforma. Our vision was to reach out to the city by preaching the gospel and serving the community around our church.

TT: Are people in Mexico City open to hearing the gospel? Are they familiar with the story of Scripture?

VC: People in Mexico City are open to talking about religion and faith because it is part of our culture. The challenge is to make people see their need for more than a nominal faith. People in general are not familiar with the story of Scripture, but they make strong affirmations about it that are biased in a negative way, such as, “The bible is culturally irrelevant and regressive, and makes people intolerant.”

TT: How do you present the gospel to those who have little knowledge of what the Bible says?

VC: One way of presenting the gospel to people in our city is to describe the grace of God that we can find in Jesus. People with a Roman Catholic background know little about the gospel of grace. In general, nominal Catholics in my country think that salvation has to be earned by works. When they hear that in Christ we are loved and forgiven because of the redemptive work of Christ and not by what we do to earn our salvation, usually they respond in a very positive way. The gospel of grace is powerful, able to open the hearts of people.

TT: What is the most significant influence in the spiritual lives of Mexicans? Why?

VC: The greatest spiritual influence in Mexico is the character of the Virgin Mary represented as the Virgen de Guadalupe. The worship of this advocation of the Virgin has shaped the personality of our nation. People say that if you are Mexican, you may not be a Catholic, but for sure you are a Guadalupano, which means that you believe in the protection and care of the Virgin.

The Virgin is worshiped by millions as the mother of all Mexicans. People think of her as the very picture of maternal giving: she is like a tender mother who helps you if you have faith in her and if you visit her on her day (December 12). If you are faithful to her, you will be blessed and she will give you what you want. If you want to marry someone, ask her. If you want to have money, just ask her. The same is true if you want to have a lucky day stealing, selling drugs, or whatever else you desire; she will be there for you. as a good mother, she never asks questions, she is there to love you no matter what you do.

This is the kind of belief that has shaped the spiritual life of millions of people. You can relate this to the corruption, injustice, and oppression of our country. The Virgin of Guadalupe represents the indiscriminate blessing of a loving mother.

TT: What is the greatest misunderstanding that those outside of Mexico have of Mexicans and Mexico?

VC: Maybe the greatest misunderstanding is that there is only one Mexico. Some people see Mexicans in a stereotype as uneducated, poor, and lazy. Of course part of the reality is that some Mexicans are like this, but there are millions of people who work hard, who are professionals, who manage their own companies, and who belong to a middle class that is larger than most people think. There are many Mexicos that are like roughly parallel lines that don’t touch each other very often, but when they do, the results are unexpected, sometimes tragic, sometimes sublime. Some interactions may be beautiful, others ugly—but never boring.

TT: What is the first thing you usually teach a new Christian as you begin to disciple them in the faith? Why?

VC: Usually I start teaching about the Bible. People in Mexico have heard about the Bible, they know that it is read during the Mass, but hardly any of them have ever read it on their own. The majority of the people in Mexico don’t own one, but for some of those who own it, they consider the Bible a magical object that can bring prosperity or drive away “bad energy.” For other people, it is just a religious book that tries to control people by giving a set of rules that have to be obeyed to please an angry God. When people understand how the Bible was written and start seeing it is a historical book, many show more respect for the Christian faith and become interested in knowing more about it.

TT: What is your long-term plan for ministry in Mexico?

VC: I long to see a church-planting movement from various evangelical denominations taking place in Mexico City. In order to see this, I would love to start a Reformed seminary where we can train men to become church planters. The kind of church planters who see beyond church growth, but who understand the gospel in a profound way, and want to see churches that love and serve their communities and that will become centers of social transformation. I hope to see this happening in the next twenty-five years.

TT: What are the three biggest challenges church planters in Mexico City face?

VC: The first one is the lack of available space, especially in the central areas of the city. Few churches can dream of buying a property close to the downtown area.

The second factor is related to the first one. The living cost in the downtown area is higher. Little by little, poor people are being moved away from the central areas of the city into the suburbs. This trend is the opposite of what was happening forty years ago.

The third one is that while evangelism is maybe easier in the city, because people are more open to new ideas and in need of community, discipleship is harder because of traveling distances, time, traffic, and lots of other distractions that you don’t have in a smaller town.

VC: People outside of Mexico can pray that God will raise a new generation of pastors and church planters that have the ability to reach out to a secular community. We need leadership in the church that is aware of the urgent need to participate in the transformation of our city through the faithful preaching of the gospel, through loving care for our neighbors, and by creating a culture where the beauty of the Christian faith is displayed in the arts, in business, and in every area of human life.

Dr. Victor Cruz is church-planting pastor of Redeemer Church (El Redentor Ciudad de México) in mexico City, one of the largest metropolitan areas in the world. Dr. Cruz received his doctor of ministry degree from Reformed Theological Seminary in Orlando, Fla., and participated in the 2009 Redeemer City to City International Intensive program. In the fall of 2010, Dr. Cruz and his family moved to the Roma-Condesa neighborhood in mexico City in order to plant Redeemer Church.