Don’t Waste Your Cancer: An Interview with Matt Chandler

Tabletalk: By way of offering a brief introduction of yourself and your family, when was God’s call to serve His people confirmed for you? 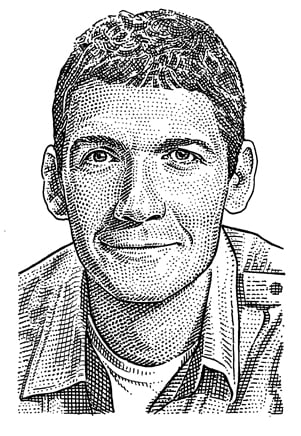 Matt Chandler: I think my story is a bit strange in that my awareness of God’s call on my life to serve His people was a bit lost in me serving His people. I’ll try and explain that. I was very frustrated with my church experiences heading into college. I loved sharing the gospel and loved the God of the Bible, but it appeared to me (probably my immaturity) that my church and I were seeing different things in the Scriptures. I saw atonement and the fear of the Lord, and at church they were teaching us not to drink beer and not to have sex. To be truthful, I wasn’t drinking beer or having sex, and could see that drunkenness was sinful and that God had a plan for sex in marriage. Yet it appeared to me that those were secondary issues that should be addressed after the atoning work of Christ was communicated and understood. I started teaching at an ecumenical gathering while I was in college and assumed I would finish school, become a good lawyer, and teach Sunday school at the local Baptist church wherever I settled (I was hoping for the West Coast). The Bible study blew up numerically, and we were running around one thousand to fifteen hundred students every week. A young woman from that study asked me when I received the “call of ministry.” I was honestly confused by her question. I thought she was asking if the Baptists had literally called me on the phone and let me teach the Bible study. She clarified her question, and it sent all my dreams and plans into another direction altogether. It was at this time that I came to understand that I wouldn’t be spending my life doing law and teaching Sunday school but rather teaching and leading God’s people into maturity by the Spirit’s power and by the proclamation of the Word.

TT: What counsel would you give to a believer on the day he or she is diagnosed with cancer? How about six months after the diagnosis?

MC: One of God’s big mercies in all of this has been allowing me to pastor a young church. I have done multiple funerals every year I have been here, and only one has been for a person over the age of fifty. I learned very early that people need to have a good grasp of God’s goodness and God’s sovereignty. On the day that a person is diagnosed, I try to encourage them in God’s knowledge — that this hasn’t surprised Him or caught Him off guard. I want to remind them that this isn’t punitive, but rather that God is on the move and He can be trusted. Six months after the diagnosis is harder to answer because cancer can go one of two ways. If the man or woman is still in a real fight, I want to draw his or her attention to Hebrews 11 or the story of Abraham being promised a son or even David being anointed king and then running from Saul for all those years before sitting on the throne. I think it’s important to remind people after the initial shock of diagnosis wears off and the wear and tear of treatment settles in that victory for those who are children of God is guaranteed, although difficulty, pain, and waiting might all be very present.

TT: In what ways has your cancer sanctified you?

MC: It’s made me look long and hard at my motives and has drawn me deeply into God in prayer. I am an excellent studier and researcher, and before all this began, I would say a decent man of prayer; but I learned after they told me I only had two to three years left that I knew much more about God than I actually knew Him. The bulk of my sanctification through this ordeal has been the birth of a deep desire for intimacy with our great God and King.

TT: How do you counsel christians to face death and disease (both those who are personally facing such crises and those who are currently enjoying robust health)?

MC: I simply have tried to point out that we shouldn’t be surprised by death and disease because the Bible is filled with it. As I stated above, an understanding of God’s goodness and His sovereign power are necessary to cope with life in a fallen world. I want to teach people that life is extremely fragile and that there isn’t a person in our sanctuary or listening to a podcast who can’t have his or her whole world change with a phone call or, as in my case, getting up one morning and getting a cup of coffee. Those are heavy truths, and I know they don’t make for feel-good sermons, but it’s better to know these truths than to pretend it’s not reality.

TT: You’ve written that if you had not heard John Piper’s answer to the question “For whom did Christ die?” at the 1997 Passion conference, you would not have had ground to stand on years later when you heard the words “brain cancer.” How did your understanding of the atonement help you deal with such a devastating diagnosis?

MC: Actually, I think my wife, Lauren, said that in a blog she wrote after my prognosis was given to us. That sermon was significant for both of us because up until that point, I’m not sure we grasped the size and holiness of God. That sermon changed the trajectory of both our lives in that it shifted how we saw God and understood Him.

TT: You’ve also written that there were moments last year when you felt you were “punched in the soul” but that you were reminded nevertheless that the disease with which you’re dealing “isn’t punitive but somehow redemptive.” Could you unpack that a little?

MC: I have been very blessed by God in my life. My cancer has honestly been one of the more difficult things to deal with. Lauren and I have tried to trust the Lord in everything, and when we’ve stepped out in faith He has been beyond gracious to us. People come to hear; they give generously to the church, and almost every “idea” we’ve had God has blessed and grown. I can honestly say that ministry and life were pretty easy for us up until Thanksgiving 2009. After I had the seizure and they found the tumor, I thought it would be like everything else had been — easy and would end well. When I first met my neurosurgeon on the Tuesday after Thanksgiving, I was ignorantly and maybe even arrogantly thinking that nothing would come of it and that we would just need to watch this thing and see.

I was caught completely off guard when Dr. Barnett told me that it didn’t look good and that we needed to do surgery immediately. That was one of the first times in my life, if not the first time, that things went “worst-case scenario” on me. The Holy Spirit was quick to remind me of great passages on God’s sovereignty and goodness in difficulty. I thought of Romans 8, Hebrews 11, and several others. I wasn’t being punished with brain cancer because I didn’t tell that guy at the gym about Jesus or because I hadn’t read Piper’s latest book, but rather God was at work. He was doing something, and I could be sure that He loved me and in the end I would have increased joy and He would be glorified. Here we are over a year later and that’s exactly what’s happened.

MC: I believe the Scriptures teach that God is aware of every act at every level of the universe. From a star exploding to the rate at which our planet spins to a cell dividing, He knows. I don’t believe in the end that God gave me cancer, but He certainly could have stopped it and didn’t. So I have to believe like Joseph, John the Baptist, and Paul had to believe when they were in prison — that God is working, and what the enemy means for evil, He will turn to good. There have been multiple occasions when God has used this tremendously. The Associated Press let me preach the gospel in an article that ran worldwide. The story has caught the imagination of the media here in Dallas, and we’ve been able to talk about the atoning work of Christ on TV as well as in newspaper articles. That has led to a ton of men and women surrendering their lives to Christ after wanting to talk with me through their own sufferings. If my life gets “cut short” but we get to see new births in the kingdom, then I don’t feel slighted or robbed in the least.

TT: In the late summer/early fall of 2010, you went to Sudan. How did that trip impact your life?

MC: I was deeply moved by my trip to Sudan. I’ve traveled quite a bit internationally but have never seen anything like it. It isn’t even a Third World country. That’s what they want to be. We are connected with some extremely godly men there, and the opportunities for the advancement of a Christ-centered, biblically-strong faith growing in southern Sudan are very real. On a side note, if I had not been diagnosed with cancer, I would not have been able to make the trip. The original diagnosis had us clear my external speaking schedule and opened that time frame for us to go.

Matt Chandler serves as lead pastor of the Village Church in Flower Mound, Texas. He has become a leader in the evangelical world through his ministry at the Village Church, his involvement in the Acts 29 Church Planting Network, his teaching at multiple conferences, and most recently through his faithful witness to Jesus Christ while battling a malignant brain tumor. Rev. Chandler is also the author of the teaching series Philippians: To Live Is Christ & to Die Is Gain.