The books of 1 and 2 Kings recount events that cover a period of just over four hundred years, from the death of David to the release of Jehoiachin from prison in Babylon. The books of Genesis through Samuel describe the progressive and gradual fulfillment of God’s promises to give Abraham the land of Canaan and to make of him a great nation. The books of 1 and 2 Kings describe a major reversal, a movement towards the eventual loss of the land and exile. The following are five of the most helpful commentaries on the books of 1 & 2 Kings. 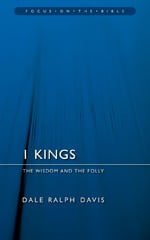 I have already mentioned the high quality of Davis’ commentaries on the books of Joshua, Judges, 1 Samuel, and 2 Samuel. His commentaries on 1 & 2 Kings are equally outstanding. These commentaries should be on the shelf of every Bible student and pastor.

One of the best intermediate level commentaries on the books of 1 & 2 Kings is the commentary by Paul R. House in the NAC series. This is the commentary to which pastors should turn if they are seeking more exegetical detail than is found in the works of Davis mentioned above. House explores historical, literary, canonical, theological, and applicational concerns thoroughly and competently. Highly recommended.

Provan’s commentary on Kings in the NIBC series may be the best individual contribution to that series. The format of the series limits the amount of space the author has, but Provan uses it wisely. He explores the theological themes of the book within its larger redemptive-historical context. Very readable and useful for pastors and teachers.

Wiseman’s contribution to the Tyndale series is another strong contribution. Although it is a bit more technical than the introductory level works by Davis, this commentary, like the others in this series, is accessible to virtually any reader. Wiseman’s specialty is ancient Near Eastern history, and his insights from this field of study are evident in this work. A good introduction to the books of 1 & 2 Kings. 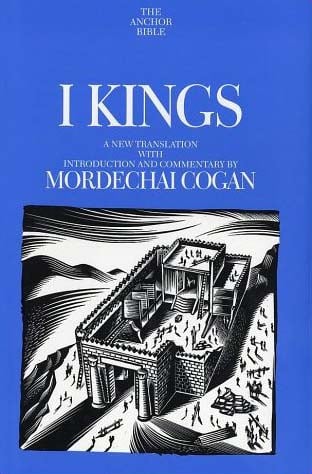 Cogan and Tadmor co-wrote the volume on 2 Kings in 1988. Years later, in 2001, the commentary on 1 Kings was published. The volume on 1 Kings was written by Cogan alone. These commentaries are written from a somewhat critical perspective and should be used with care, but the author’s knowledge of the ancient Near Eastern context makes these works very helpful for those interested in more technical commentaries.

There are a number of other helpful commentaries on the books of Kings. Roger Ellsworth has written commentaries on 1 Kings and 2 Kings that will be helpful for preachers. The recent contribution by August Konkel to the NIVAC series is also worth consulting.