The audio and video from the 2012 National Conference is now available to purchase or stream online for free.

Dr. Sproul Jr. began by reminding his hearers that God took on flesh in Christ. He lived a life of perfect obedience. He died a victim of His theological and political enemies. But three days later, He walked out of His tomb alive. Forty days after that, He ascended into heaven. From there, He will come to complete history. Those who trust His provision will enjoy eternal bliss. Those left on their own will suffer eternal anguish.

This is the evangelical story, our story, and we not only believe this story but cling to it. However, to those outside the kingdom of God, this story is foolishness, a scandal, a stumbling block. Unbelievers think we are crazy and call us fools. That prompts several “scandals” concerning the evangelical mind.

The first great scandal is that we are scandalized that the world is scandalized.

We who embrace the gospel that is an offense to the world are offended that the world is offended by us. We insist that the world consider us to be smart, reasonable, and sensible. However, the Devil causes Reformed Christians to think: “We’re not like them. We’re the brain of the church, the smart ones. We read fat books and use long theological terms. How could anyone think we’re stupid?” The reality is that Reformed believers are still fools and blind guides because they still have massive logs in their eyes.

The second great scandal is that evangelicals are not really evangelical.

Evangelicals historically have been defined as those who believe the gospel story. But the word evangelical is also supposed to communicate a concern for the evangel, the gospel. All believers are supposed to be concerned about lost souls, but Reformed Christians complain about the wrong ways others do evangelism while failing to do it themselves. Reformed believers are less interested in proclaiming the evangel than in complaining about how others do it.

Because we are proud of our minds, we do not rest in God’s revelation alone but try to bring our own minds to the table. It is not the calling of the church to improve its reputation. We should be willing to be thought fools, to recognize that all our sophisticated arguments are filthy rags. We were rescued from foolishness; we didn’t “smart” our way out of it. Our scandal as evangelicals is that we are not repentant about our minds.

We need to get out of the way. There is power in the Word. We must not mix our dross with God’s gold. 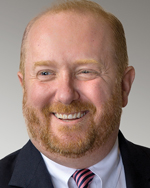 Dr. R.C. Sproul Jr. is the founder, director, and a teacher for Highlands Ministries and is a Ligonier Ministries Teaching Fellow. He is a professor of apologetics and philosophy, travels extensively as a conference speaker, and has written several books including The Call to Wonder.