A Review of Luther: The Life and Legacy of the German Reformer

In 2017, we celebrate the five-hundreth anniversary of the Protestant Reformation and the work of its most significant figure, Martin Luther. We date the beginning of the Reformation from his posting of the Ninety-Five Theses in 1517, but Luther’s significance extends well beyond Protestantism. He routinely appears on lists of the most influential figures of the past one thousand years. One of my undergraduate history professors observed that more books have been written about Martin Luther than have been written about any other historical figure other than Jesus Christ. Given Luther’s influence on religion, politics, culture, and the arts, it is extremely difficult to summarize effectively the life and significance of Luther in roughly ninety minutes. Yet that is what Stephen McCaskell has accomplished in his Luther: The Life and Legacy of the German Reformer.

In this 2017 documentary, McCaskell combines narration, on-site filming of key places from Luther’s life, and animation with commentary by leading historians, theologians, and preachers to tell the story of Luther and his lasting impact. Barry Cooper hosts the documentary and provides most of the narration, and friends of Ligonier Ministries will recognize R.C. Sproul and Ligonier Ministries Teaching Fellows Robert Godfrey, Steven Lawson, and Stephen Nichols among the commentators. Carl Trueman of Westminster Theological Seminary and Robert Kolb of Concordia Seminary offer commentary as well. John Statham provides voice-over readings from Luther’s writings. 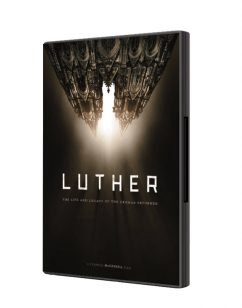 The documentary tells Luther’s story by first setting the stage for why the Reformation happened, explaining the theological and moral darkness in the church at the dawn of the sixteenth century. Viewers are given enough information to understand the setting for reform without having to sit through an overly lengthy exposition of the Reformation’s historical background. Particular emphasis is given to how the medieval church had obscured the Word of God, setting up the theme of the recovery of biblical authority and the biblical gospel that animated Luther’s work.

Because this is a work about Luther’s life, the second and lengthiest section of the documentary gives a biography of Luther. It is a great introduction to Luther’s fascinating life story, particularly for those who know little about the Reformer. My biggest critique for this section of the documentary and the work as a whole is that it spends almost no time on Luther’s relationship with Frederick the Wise, which is one of the most fascinating aspects of Luther’s story and one of the most important facts for understanding why, humanly speaking, Luther was able to succeed where others such as Jan Hus had failed. However, the documentary does an admirable job of explaining the personal and theological struggles that led to Luther’s recovery of the doctrine of justification by faith alone. I also appreciated the amount of time spent on Luther’s marriage and his relationship with his wife, Katie. Katie is revealed for the capable woman that she was, and we learn that Luther could not have accomplished all that he did without her.

There have been many movies and documentaries made about Luther, so one might wonder what sets this one apart. Parts three and four of this work really make this documentary a must-see. Part three focuses on Luther’s well-known acerbic writing style and how we should understand his manner of communication and his writings regarding the Jews that appear late in his life. We are all tempted to overlook the flaws of our heroes, and it would have been easy for McCaskell to neglect this aspect of Luther’s character or treat it as inconsequential. However, the documentary is forthright about Luther’s shortcomings and the harm that some of his writings have done. The documentary does a great job in avoiding superficialities, noting that while Luther cannot fairly be described as an anti-Semite in the traditional meaning of that term, his inability to control his temper is a black mark on his record. Luther’s outbursts and invective pen are not excused, but the documentary does help us understand the driving forces behind Luther’s caustic style. Essentially, Luther found such freedom in the gospel, believed so deeply that he was living in the last days, and was so thoroughly God-centered that he took any perceived attack on divine truth personally. There is a lesson here for us in that while we must confront error, we must remember that assaults on the gospel are not personal attacks against us and that ultimately, God will have the last say for all who question His character.

Part four closes the documentary with a reflection on Luther’s lasting influence and reminds us of the ongoing need for reformation and the declaration of the biblical gospel in every generation. I found this part encouraging. The film points out that while the witness of the church seems to be on the decline in the West, the gospel is going forth around the world. Viewers are encouraged not to take the gospel for granted but to learn and defend it. And the work closes on the most hopeful note of all, namely, that when the gospel seems most obscured, it is then that God brings forth fresh insight into His Word and the light of His truth shines anew. That is what He did in the Reformation, and we can expect Him to do it again.

Buy Luther: The Life and Legacy of the German Reformer in the Ligonier.org store or learn more at LutherDocumentary.com