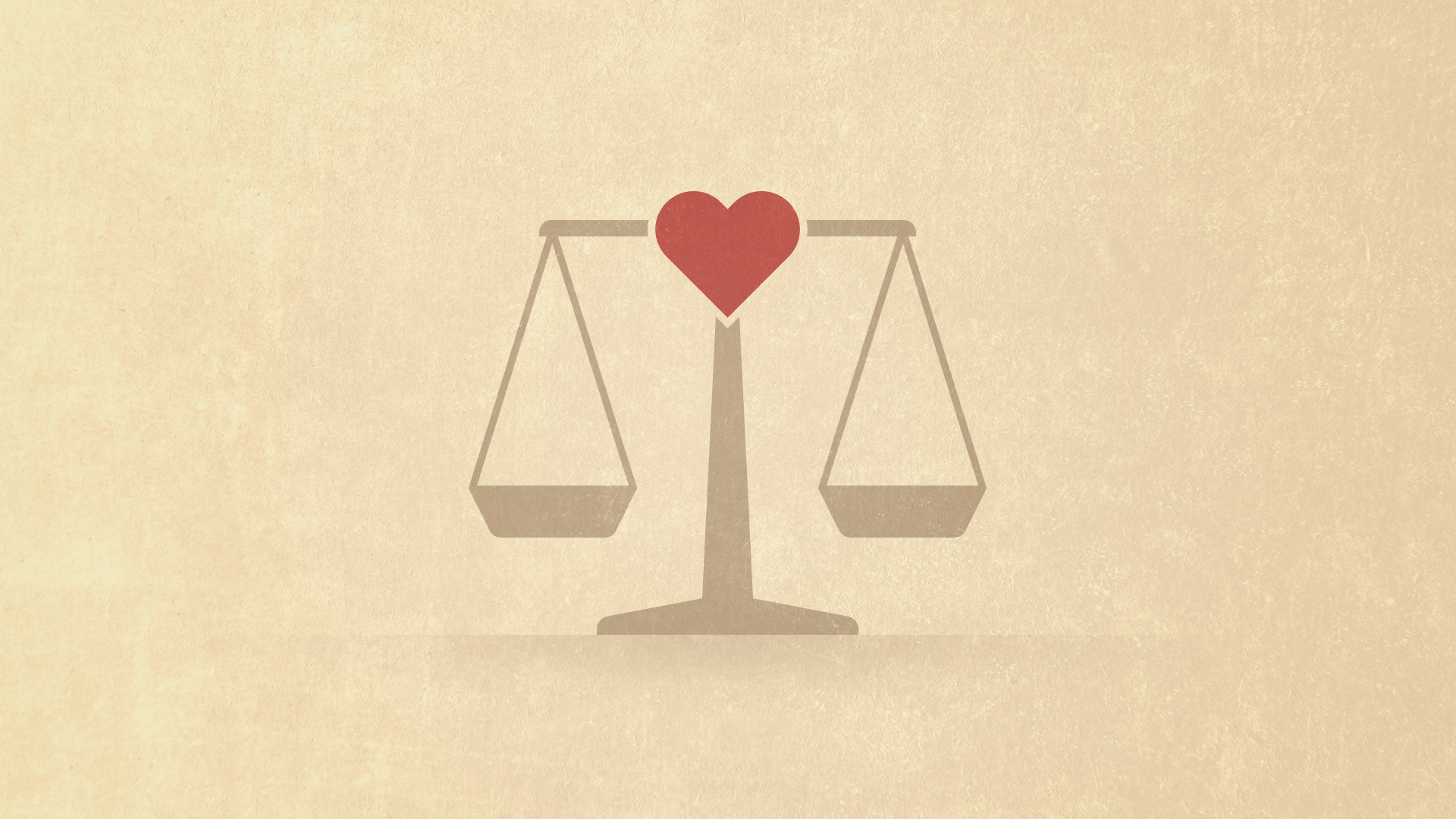 A small item I read in the news twenty years ago has stuck in my mind ever since. The Rockdale County High School Bulldogs basketball team of Conyers, Georgia, won their first-ever state championship in March of 1987, rolling over all their opponents. After eighteen years of coaching the team without a championship, coach Cleveland Stroud was ecstatic.

But a few weeks after the championship game, Coach Stroud was doing a routine review of his players’ grades when he discovered that one of his third‑string players had failed some courses, rendering the player academically ineligible for the basketball team.

The struggling student was by no means a factor in the team’s victory. He was an underclassman who suited up for games but hadn’t actually seen any playing time all season. During one of the semifinal matches, however, with the team leading by more than 20 points, Coach Stroud wanted to give every player an opportunity to participate. He had put that player in the game for less than 45 seconds. The ineligible man had scored no points. His participation had in no way affected the outcome of the game. But it was, technically, a violation of state eligibility standards.

Coach Stroud was in a distressing predicament. If he revealed the infraction, his team would be disqualified and stripped of their championship. If he kept quiet, it was highly unlikely anyone outside the school would ever discover the offense.

Yet the coach realized that at the very least, the player involved was aware of the breach of rules. It was also possible that other students on the team knew and thought their coach had purposely ignored the eligibility guidelines. But more important still, Coach Stroud himself knew, and if he deliberately tried to keep the facts from coming to light, his greatest coaching victory would be forever tainted with an ugly secret.

Coach Stroud said from the moment he discovered the violation, he knew what he had to do. He never even pondered any alternatives. His priorities had been set long before this. He realized that his team’s championship was not as important as their character. “People forget the scores of basketball games,” he said. “They don’t ever forget what you’re made of.”

He reported the infraction and forfeited the only state championship his team had ever won.

But both coach and team won a far more important kind of honor than they forfeited. They kept their integrity intact and gained an immeasurable amount of trust and respect. The coach was recognized with numerous teacher-of-the-year, coach-of-the-year, and citizen-of-the-year awards, as well as a formal commendation from the Georgia State Legislature. A few years later he was elected to Conyers City council, where he still serves. He was right. People who would have long ago forgotten about the Bulldogs’ victory in the state championship have never forgotten about this coach’s integrity.

Ethical integrity is one of the indispensable attributes of Christlike character. As vital as it is to be sound in doctrine and faithful in teaching the truth of Scripture, it is by no means less crucial for Christians to be upright in heart and consistent in our obedience to the moral and ethical principles of God’s law.

That is no simple duty, by the way. The moral standard God’s people are supposed to live by far surpasses even the highest principles of normal human ethics.

This was one of the main points of Jesus’ Sermon on the Mount: “I tell you, unless your righteousness exceeds that of the scribes and Pharisees, you will never enter the kingdom of heaven” (Matt. 5:20). The whole sermon was an exposition of the Law’s moral meaning. The heart of Jesus’ message was an extended discourse against the notion that the Law’s moral principles apply only to behavior that others can see.

Jesus taught, for example, that the sixth commandment forbids not only acts of killing, but a murderous heart as well (vv. 21–22). The seventh commandment, which forbids adultery, also implicitly condemns even adulterous desires (vv. 27–28). And the command to love our neighbors applies even to those who are our enemies (vv. 43–44).

How high is the moral and ethical standard set by God’s law? Unimaginably high. Jesus equates it with God’s own perfection: “You therefore must be perfect, as your heavenly Father is perfect” (v. 48).

That sets an unattainable standard, of course. But it is our duty to pursue integrity relentlessly nonetheless. Perfect ethical consistency is a vital aspect of that consummate goal — absolute Christlikeness — toward which every Christian should continually be striving (Phil. 3:12–14). No believer, therefore, should ever knowingly sacrifice his or her ethical integrity.

Here are three powerful reasons why:

First, for the sake of our reputation. Of course, Christians should not be concerned with issues like status, class, caste, or economic prestige. In that sense, we need to be like Christ, who made Himself of no reputation and took on the form of a servant (Phil. 2:7).

There is a true sense, however, in which we do need to be concerned about maintaining a good reputation — and that is especially true in the matter of ethical integrity. One of the basic requirements for an elder is this: “He must have a good reputation with those outside the church, so that he will not fall into reproach and the snare of the devil” (1 Tim. 3:7 nasb).

Nothing will ruin a good reputation faster or more permanently than a deliberate breach of ethical integrity. People will forgive practically any other kind of error, negligence, or failure — but ethical bankruptcy carries a stigma that is almost impossible to rise above.

I didn’t — and still don’t — have any idea whom he was talking about. There are dozens of attorneys in our church. My hope is that it was a case of mistaken identity and that the person he had in mind was not a member of our church. But the following Sunday I recounted the incident from the pulpit and said, “If the lawyer that man described is here this morning, please take a lesson from Zaccheus: repent and do whatever you can to restore your reputation in the community. In the meantime, stop representing yourself as a Christian. You’re destroying the whole church’s reputation.”

According to Proverbs 22:1, “A good name is to be chosen rather than great riches, and favor is better than silver or gold.” You don’t have a good name at all unless your ethical integrity is intact and above reproach.

Second, for the sake of our character. More important still is the issue of personal character. There’s a good reason why Jesus’ exposition of the moral law in Matthew 5 focused so much on uprightness of heart as opposed to external behavior. That’s because the real barometer of who we are is reflected in what we do when no one else is looking, how we think in the privacy of our own thoughts, and how we respond to the promptings of our own consciences. Those things are the true measure of your moral and ethical fiber.

As important as it is to keep a good reputation in the community, it is a thousand times more important to safeguard our own personal character. That is why Jesus dealt with the issues of morality and ethics beginning with the innermost thoughts of our hearts. “For out of the heart come evil thoughts, murder, adultery, sexual immorality, theft, false witness, slander” (Matt. 15:19).

It’s probably not overstating the case at all to say that the single most important battlefield in the struggle for integrity is your own mind. That’s where everything will actually be won or lost. And if you lose there, you have already ruined your character. A corrupt character inevitably spoils the reputation, too, because a bad tree can’t bring forth good fruit (Matt. 7:18).

That brings to mind a third reason why it is so vital to guard our moral and ethical integrity: for the sake of our testimony. Your reputation reflects what people say about you. Your testimony is what your character, your behavior, and your words say about God.

Consider what is being communicated when a Christian lacks ethical integrity. That person is saying he doesn’t truly believe what Scripture plainly says is true of God: That “to do righteousness and justice is more acceptable to the Lord than sacrifice” (Prov. 21:3). That “the sacrifice of the wicked is an abomination to the Lord, but the prayer of the upright is acceptable to him” (15:8). And that God “delight[s] in truth in the inward being”
(Ps. 51:6).

In other words, the person who neglects ethical integrity is telling a lie about God with his life and his attitude. If he calls himself a Christian and professes to be a child of God, he is in fact taking God’s name in vain at the most fundamental level. That puts the issue of ethical integrity in perspective, doesn’t it?

That’s what we need to call to mind whenever we are tempted to adapt our ethical principles for convenience’ sake. It isn’t worth the high cost to our reputation, our character, or our testimony.