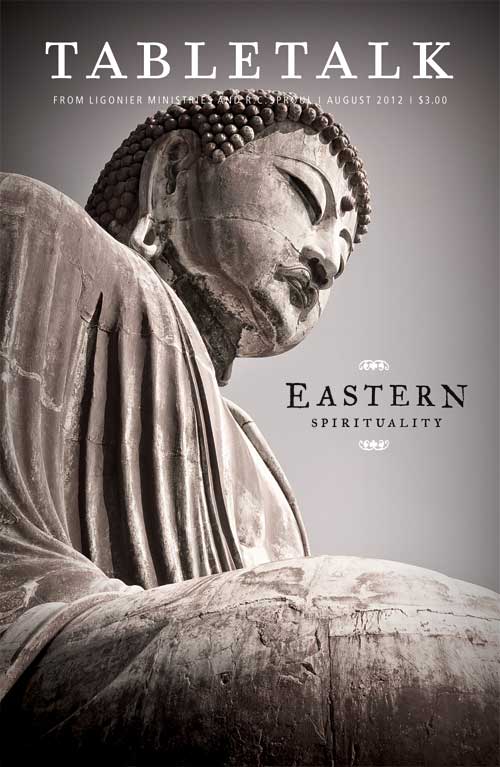 The August edition of Tabletalk is out. This issue addresses Eastern spirituality and its increasing global influence. While containing truths accrued through general revelation, Eastern spirituality nonetheless denies the fundamental tenets of the gospel, and Christians must recognize the danger it presents despite its non-abrasive presentation and ideals.

If you have not yet subscribed to Tabletalk, now is the perfect time. For those living in the U.S. and Canada it’s only $23 for a year, and $20 to renew. You save even more if you get a 2- or 3-year subscription (as little as $1.36 per issue). We offer special discounts for churches or businesses who want multiple copies of each issue.

Get your subscription to Tabletalk today by calling one of Ligonier Ministries’ resource consultants at 800-435-4343 (8am-8pm ET, Mon-Fri) or by subscribing online. You can also get free shipping on individual 2012 issues of Tabletalk.