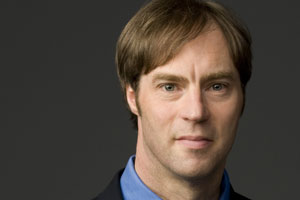 Dr. Stephen Meyer earned his Ph.D. in philosophy of science from Cambridge University. He is the founder of the Discovery Institute’s Center for Science and Culture and is the author of Signature in the Cell: DNA and the Evidence for Intelligent Design.

An interview with Dr. Meyer is featured in this month’s issue of Tabletalk. In this interview, he was asked if science is in conflict with Scripture and faith:

“Definitely not. I think many discoveries of modern science have positive, faith-affirming implications, including the discovery that the universe, time, and space had a beginning; that the laws and constants of physics are finely tuned to allow for the possibility of life; and that biological systems display striking evidence of design, in particular, the molecular machinery and digital information we find in living cells. It’s a great time for Christians to work in science.”

You can also listen to R.C. Sproul and Stephen Meyer discuss the subject of Intelligent Design here. 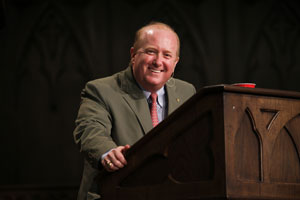 Dr. R.C. Sproul Jr. is the founder, director, and a teacher for Highlands Ministries and is a Ligonier Ministries Teaching Fellow. He is a professor of apologetics and philosophy, travels extensively as a conference speaker, and has written several books including The Call to Wonder and Believing God.

Dr. Sproul Jr. writes on the truncating of the gospel that is prevalent today:

Here’s a preview of what to expect from Drs. Meyer and Sproul Jr. at our 2012 National Conference in Orlando next week.

Rock of Ages & the Age of Rocks by Stephen Meyer

The contemporary media portrays the relationship between science and Christianity as one of perpetual conflict and warfare. But it was not always so, as many of the most prominent scientists in history were faithful Christians. In this message, Stephen Meyer explains why the two, when properly understood, are not in conflict and reminds us that Scripture and creation can never ultimately contradict each other.

The (True) Scandal of the Evangelical Mind by R.C. Sproul Jr.

One of the most serious scandals of the evangelical mind is the fact that it has lost any coherent grasp of the “evangel” – the gospel. Among those claiming to be evangelicals, substitutionary atonement, imputation, and justification are all denied. In this message, R.C. Sproul Jr. reminds us that we cannot have a Christian mind without the Christian gospel.

Next week, March 15-17, 2012, we invite you to come and hear Stephen Meyer and R.C. Sproul Jr. at our 2012 National Conference, “The Christian Mind.” It will be an edifying time of fellowship and teaching together, helping prepare you to think like a Christian in an anti-Christian culture.

The conference is only 6 days away so be sure to register today and save $30.